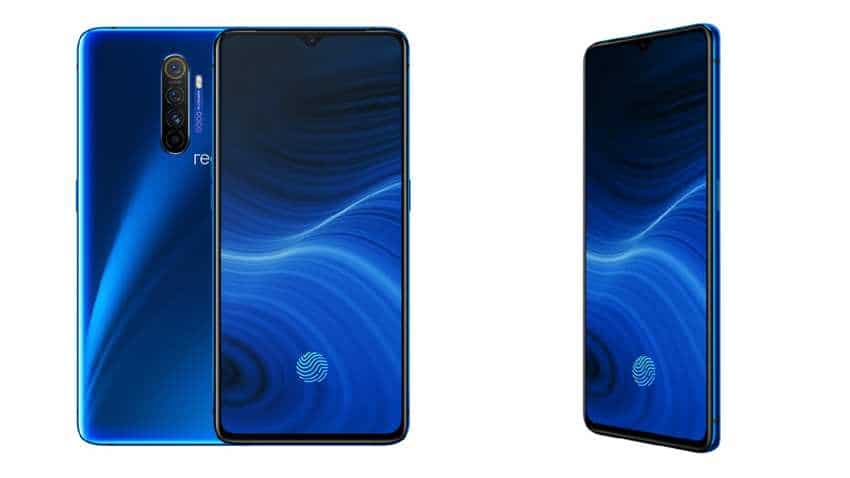 Realme X2 Pro, Realme 5s launch in India: Realme is set to launch two new smartphones in India on Wednesday afternoon. Realme X2 Pro is company's first flagship smartphone ever while Realme 5s is the successor to the Realme 5 that was launched in the country earlier this year. Both the smartphones will be unveiled during a mega event at the Jawaharlal Nehru Stadium in New Delhi. The highlights of Realme X2 Pro include Snapdragon 855+ SoC, 90Hz Fluid Display, 50W Super VOOC (Voltage Open Loop Multi-step Constant-Current Charging) fast charging technology and a quad rear camera setup with 64-megapixel main sensor. Realme 5s, on the other, will be a budget offering equipped with a 5000 mAh battery and 48-megapixel quad camera setup.

The Realme X2 Pro and Realme 5s launch in India will begin at 12.30pm IST on Wednesday i.e., tomorrow. You can watch the live streaming on Realme's YouTube channel or social channels.This is the first time that Realme has sold tickets for a launch event. Also, the blind sale for Realme X2 Pro has started where customers can buy the phone by paying Rs 1000.

Both the smartphones have been teased on Flipkart and the prices will be revealed during the launching event. In China, Realme X2 Pro price was set at CNY 2,699 (roughly Rs 27,200) for the 6GB RAM + 64GB storage configuration, while the 8GB RAM + 128GB storage option is priced at CNY 2,899 (roughly Rs 29,200) and 12GB RAM + 256GB storage variant carries a price tag of CNY 3,299 (roughly Rs 33,200). Realme is also expected to launch the master edition of Realme X2 Pro in Brick and Cement finish. However, this is expected to come in single 12GB RAM + 256GB storage configuration.

Realme 5s is expected to be a budget smartphone priced at under Rs 10,000. To recall, Realme 5 is selling in the country at the starting price of Rs 8,999.

Realme X2 Pro features a 6.5-inch full-HD+ (1080x2400 pixels) Super AMOLED Fluid display with 20:9 aspect ratio and 90Hz refresh rate. It is powered by Qualcomm Snapdragon 855+ octa-core SoC, paired with 6GB, 8GB, and 12GB of RAM. Realme X2 Pro has a quad rear camera setup that includes a 64-megapixel Samsung ISOCELL Bright GW1 primary sensor. The camera setup also comprises a 13-megapixel secondary sensor with an f/2.5 telephoto lens, 8-megapixel tertiary sensor with a 115-degree ultra-wide-angle lens that has an f/2.2 aperture, and a 2-megapixel depth sensor. For selfies, the phone has a 16-megapixel Sony IMX471 camera sensor at the front with an f/2.0 lens. It packs a 4,000mAh battery with 50W SuperVOOC Flash Charge support.

It is confirmed that Realme will come with a 6.51-inch HD display and includes a waterdrop notch on the front. There is a quad camera setup at the back with primary 48-megapixel sensor. The smartphone is powered by Snapdragon 665 processor and packs a massive 5000 mAh battery.

IPL Latest News Today: It is just a game, says Sakshi Dhoni after CSK fail to qualify for playoffs