Inspired by the success, Realme recently introduced the Realme X in India – about two months after it was launched in China – in its very first attempt to enter the premium segment. But, does the smartphone deliver on what the company promises? Let’s find out in this review. 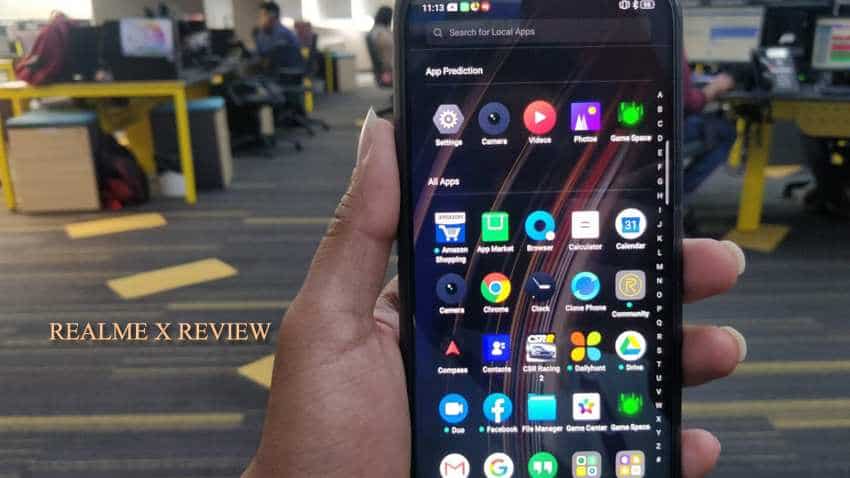 The Realme X brings a number of flagship features like the super AMOLED screen, 48-megapixel camera and a pop-up selfie camera to the mid-range segment.
Written By: Manas Tiwari
Edited By: Harish Dugh
RELATED NEWS

Realme X review: Realme has witnessed a phenomenal rise in India over the last few months, giving tough competition to rival Xiaomi. The Chinese smartphone manufacturer has introduced an impressive line-up of devices that have made a mark in the budget segment. Inspired by the success, the company recently introduced the Realme X in India – about two months after it was launched in China – in its very first attempt to enter the premium segment.

The Realme X brings a number of flagship features like the super AMOLED screen, 48-megapixel camera and a pop-up selfie camera to the mid-range segment. The smartphone has been positioned against the recently launched Redmi K20 but also competes against some of the existing sub-Rs 20,000 smartphones like the Samsung Galaxy M40, the Redmi Note 7 Pro and the Vivo Z1 Pro. 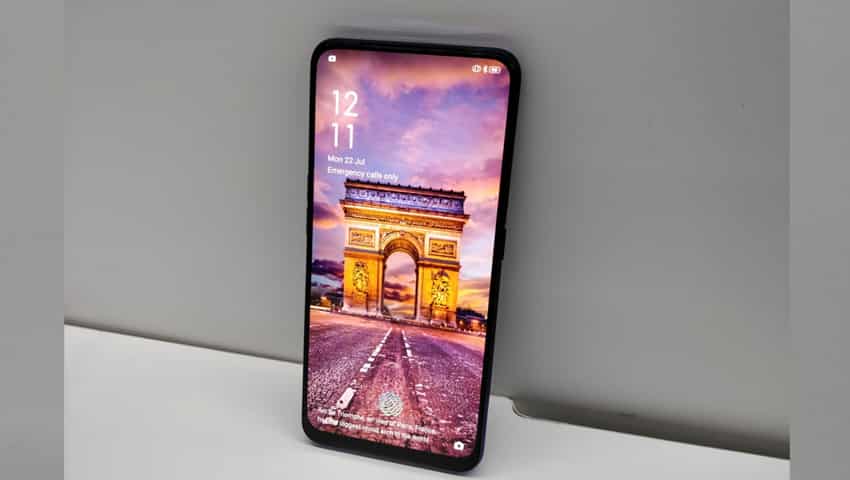 Despite its highly aggressive price tag, the Realme X is the company’s most expensive smartphone in the country. This shows that Realme is highly confident about its latest offering. But, does the smartphone deliver on what the company promises? Let’s find out in this review.

The Realme X shouts premium on all points! It comes with a curved glass-like gradient cover on the back and looks very elegant. The rear panel sports the dual rear camera module along with the LED flash and the Realme logo. The power button and volume rockers are present on either side of the phone while the speaker grill is present at the bottom. A big cheer for Realme for offering both 3.5 mm jack and Type-C charging port with the Realme X. The smartphone features a 6.53-inch super fullHD+ AMOLED display stretched in a tall 19.5:9 aspect ratio. This gives you a fine viewing experience with natural colours. As the phone comes with a pop-up selfie camera and an in-display fingerprint sensor, you get a better screen-to-body ratio, offering highly impressive viewing and gaming experience. The phone’s front is protected by a sheet of Corning Gorilla Glass 5 and Realme is also giving away pre-applied tampered glass.

There is an option to change the screen tone to warm or cool. Then, there are built-in night mode and eye-care modes. The first one reduces blue light emission and the latter cuts flicker in low brightness. Both these modes help reduce visual fatigue caused due to long hours of screen viewing. At 191 grams, this may not be one of the lightest smartphones in the market, but doesn’t feel too heavy either. The phone has a Widevine L1 certification for streaming multimedia content from over-the-top platforms like Netflix and Amazon Prime Videos in HD and FullHD resolutions.

The performance doesn’t really need a review as the Realme X comes with the tried and tested Qualcomm Snapdragon 710 processor which powers several popular smartphones in this segment including the Realme 3 Pro. The chipset delivers satisfactory performance even after prolonged heavy usage. We played heavy gaming titles like PUBG Mobile and Asphalt 9: Legends, without any trouble. 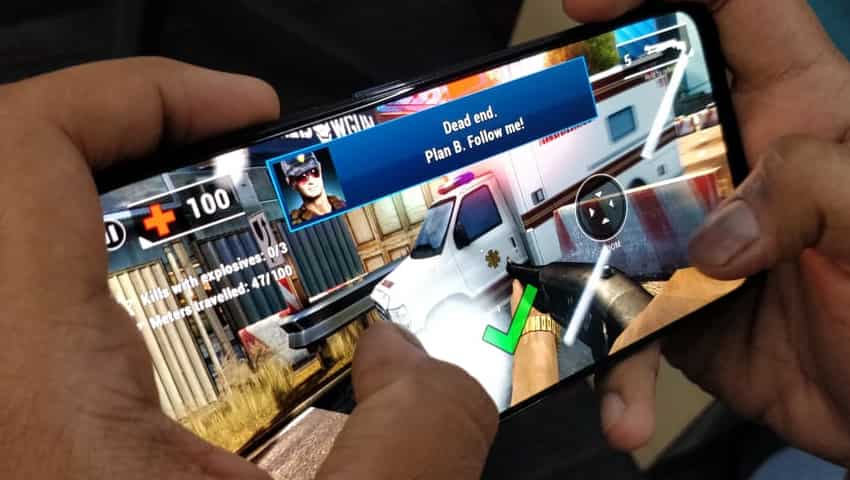 The smartphone comes in two variants – 4GB RAM and the 8GB RAM. We have been using the higher variant and it is the better option for users with medium to heavy usage. Both the variants come with 128 GB of internal storage which is enough to store your media. 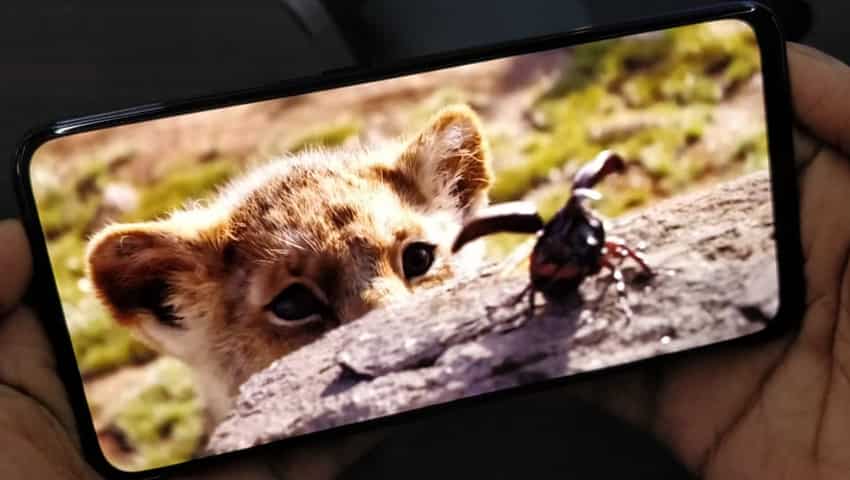 The smartphone boots the Android Pie operating system-based ColorOS 6.0 user interface. The in-display fingerprint scanner also responds well and unlocks the phone quickly. You also get a ‘Smart Assistant’ option on the Realme X which provides information like number of steps walked and match score updates, among others.

When Realme had first announced a dual rear camera setup on the Realme X, I was a bit a disappointed. The company could have gone with an additional wide angle lens that you get on most mid and high range smartphones these days. However, that does is not a limitation as the Realme X camera excels in most conditions. 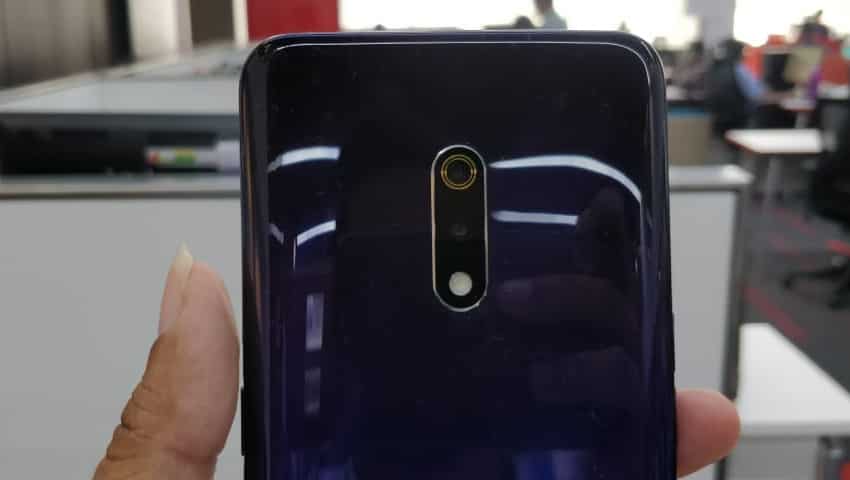 The primary 48MP camera which comes with an f/1.7 aperture is capable of delivering some highly impressive shots, even in lowlight. It is accompanied by a 5MP depth sensor which only assists the primary camera.

With this camera, you get regular features like HDR, artificial intelligence-based auto scene recognition along with a chroma boost mode that enhances colours while retaining highlight and shadow information. The built-in nightscape mode helps you click quality shots in lowlight conditions. 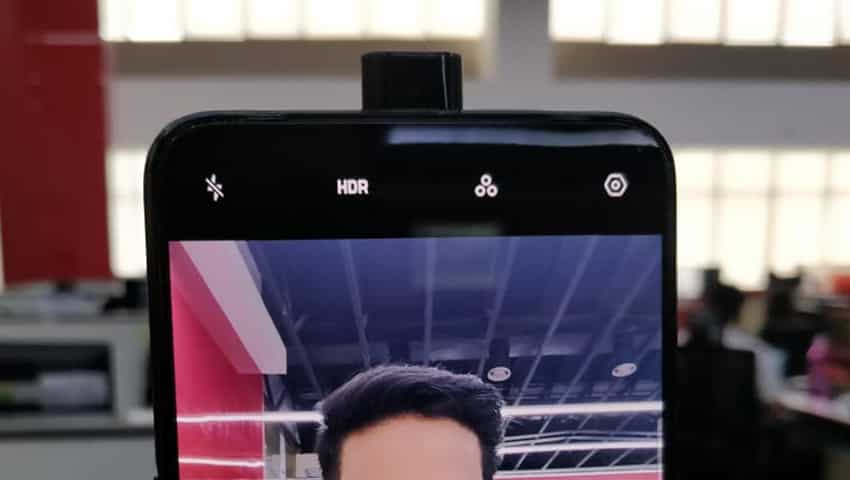 On the front, you get a 16MP pop-up selfie camera which takes just 0.74 seconds to open. It comes with AI-based beauty mode, portrait mode and several colour filters. The camera takes sharp images and does its job,

The Realme packs a 3,765 mAh battery which could have been improved to 4,000 mAh but delivers a decent on-battery time. You can expect the smartphone to last the entire day on a single charge with medium usage. The phone supports Oppo’s VOOC 3.0 20W fast-charge, which charges the device from 0 to 100 in one hour.

The Realme X price in India starts at Rs 16,999 for the 4GB RAM and 128GB storage variant while the 8GB RAM variant of the phone would cost you Rs 19,999. Here, Realme gets full marks for introducing both the variants with highly aggressive price tags. It interestingly positions the phone against the mid-range as well budget segment devices, giving it an upper hand in most cases due to its features. 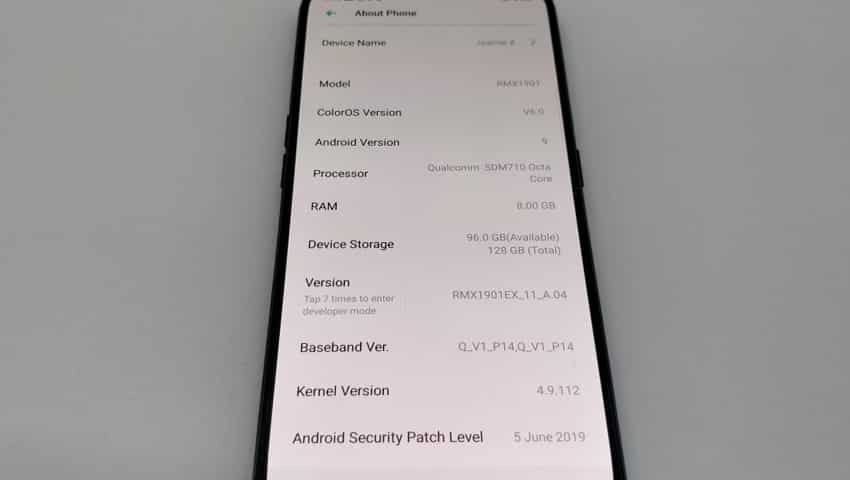 Realme deserves a pat on the back for coming up with an elegant and powerful smartphone at a highly affordable price point. The Realme X offers immersive viewing experience, powerful performance and high quality images. The decent battery output supported by fast charging makes this smartphone ideal for daily use.

Overall, the Realme X delivers everything that the company has promised.

Is it for you?

We have given our opinion, you need to go figure from there before placing a buy order!