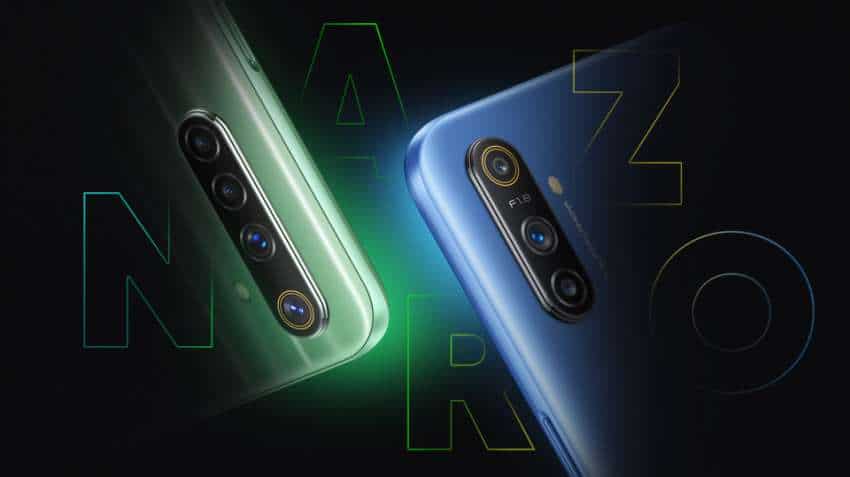 Realme Nazro series will be launched in India on March 26.
Written By: ZeeBiz WebTeam
Edited By: Harish Dugh
RELATED NEWS

After giving tough competition to Xiaomi in the Indian market, Realme is now set to take on its sub-brand Redmi and spin-off Poco with the introduction of a new series called ‘Nazro’. Realme had teased the Nazro series this week and its CEO Madhav Sheth had also confirmed that the first two smartphones to be launched as part of it will be Realme Nazro 10 and Realme Nazro 10A.

Now, the company has confirmed that the Realme Nazro series will be launched in India on March 26. Realme made the announcements by rolling out media invites on Friday afternoon. However, the launch will be an online event in the wake of coronavirus outbreak in the country. The step has been taken to prevent a mass gathering at one place.

The teaser for Realme Nazro series suggests that it will focus on millennials. The teaser highlights the word Gen Z. The new series is expected to be Realme’s answer to Xiaomi’s Poco and Redmi.

The first two smartphones are expected to compete against the Poco F1. The teaser shared by Realme reveal a few details about the smartphone. It shows that the Realme Nazro series will come in two colour options – Green and Blue. The image also shows that one of the smartphones in the series will have a triple rear camera setup while the other will feature four lenses at the back.

Realme is yet to reveal the price and specs of the smartphones but reports suggest that they could be priced between Rs 10,000 and Rs 15,000. The series is expected to be powered by MediaTek Helio G70 and G80 chipsets. The latter will make its India debut with the Nazro series.