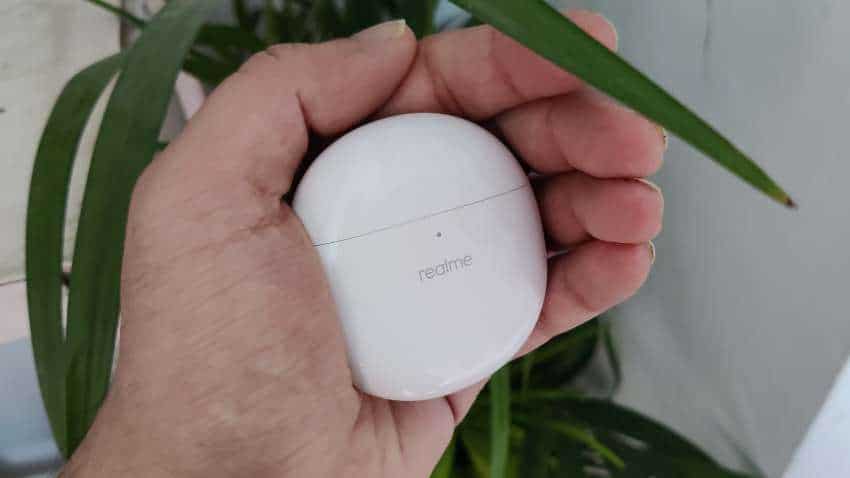 Realme Buds Air Pro review: Realme’s rise in the tech industry reminds me so much of Paul Valthaty – a Maharashtra batsman who played for Kings XI Punjab in the IPL and thrilled every one with his breathtaking performances in 2011. He batted - hit huge sixes, maneuvered the field – he bowled, picked wickets and, was also a great fielder. Realme has been doing the same – launching products across categories and price points – smartphones, earphones, earbuds, smart TVs, smart home appliances etc. Now, what I hope is that there isn’t a burnout leading to a Valthaty-esque end to Realme’s journey.

Earlier this month, the company had hosted a grand launch event launching nine products on the same day. One of them was – Realme Buds Air Pro – company's first truly wireless earbuds with Active Noise Cancellation or popularly known as ANC. While a highly useful and important feature, ANC has remained a luxury for long with nearly no presence on budget audio devices.

There is no secret that the name of new Realme earbuds is heavily inspired by Apple AirPods Pro. And, that’s not the only thing that probably inspired Realme. The earbuds also look very similar to the Apple AirPods Pro. However, they are bigger and thicker. But, let’s talk about the charging case first which again reminds you of another pair of TWS – OnePlus Buds. The Cobble shaped charging case is very similar to what Realme’s sister company OnePlus used for its first earbuds. 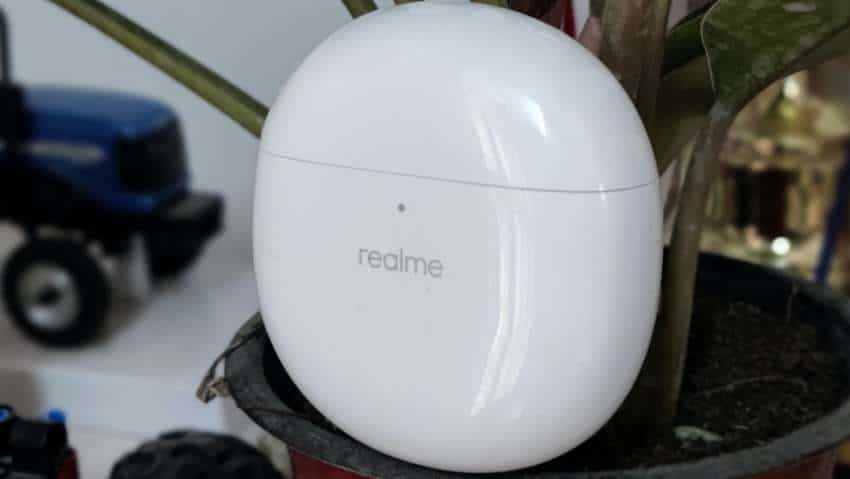 The case is compact and lightweight but the plastic used here is of average quality. Just after two weeks, I could see some scratches and spots on the case which makes me doubt its durability. Talking about the design elements, there is a LED light on the front along with Realme branding. At the bottom, you get the Type-C USB charging port.

The lid of the case comes with a magnetic lock and you get three pair of ear tips inside the retail box which can be used to adjust the fit. The Buds Pro also gets IPX4 water resistance which is a welcome addition. 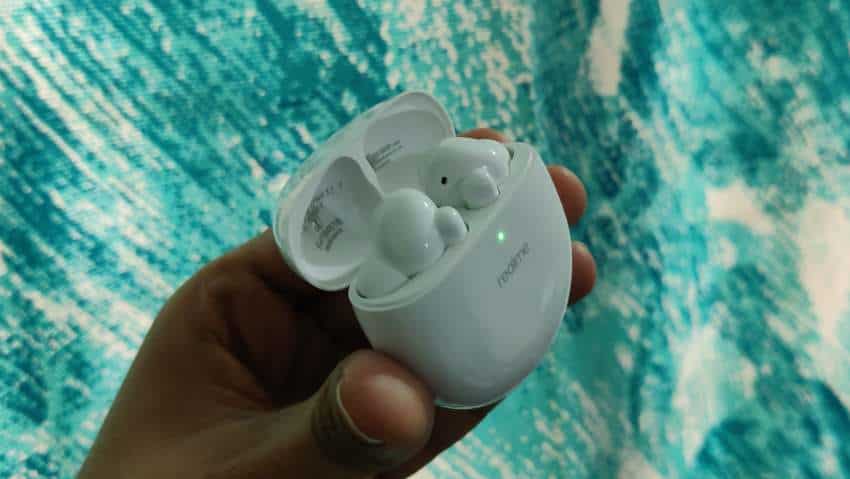 The earbuds feature the stick design with sliver accents at the bottom. The buds are really thick and the stem is also very long which makes the earbuds hang out of your ears. Thankfully, I found the fit to be really good and the buds didn’t require too much re-adjusting.

The Realme Buds Air Pro come with Bluetooth 5.0 and quick pair feature. As soon as you open the box, the smartphone detects the earbuds and pairing happens within seconds. However, Realme wants you download the Realme Link App which offers few customizations. It also shows details like connection status, battery per centage etc. 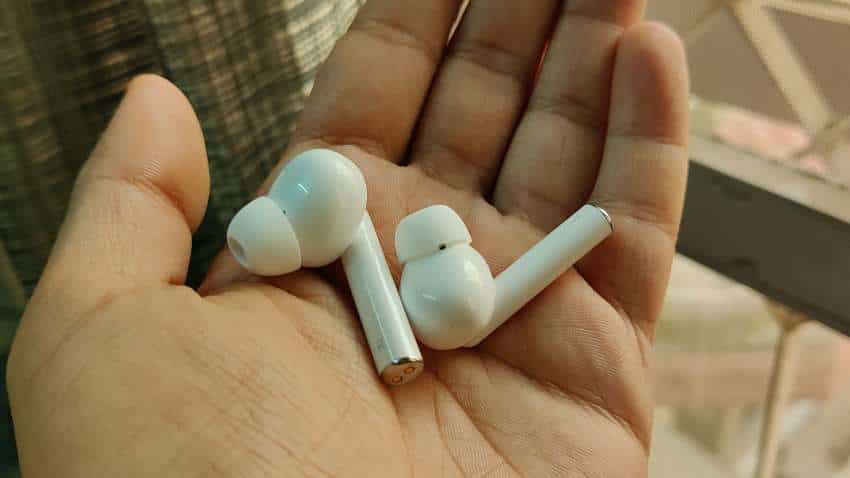 As I have pointed out in my previous reviews of Realme products, the company needs to offer more options on the app, including the ability to adjust EQ. For now, you can choose between - Noise cancellation, General, and Transparency mode. Also, enable Bass Boost+ or customize touch sensors.

Talking about the last, both the earbuds have touch sensors for easy controls. You can use them to play or pause music, change tracks etc. I found the touch controls very responsive.

The most important feature being offered by Realme here is Active Noise Cancellation. The company claims that the earbuds are capable of reducing noise up to 35dB with its dual-microphone system for ANC and voice calls. The earbuds are powered by 10mm dynamic drivers. Interestingly, Realme had used bigger 13mm Bass Boost Drivers on the more affordable Buds Neo. 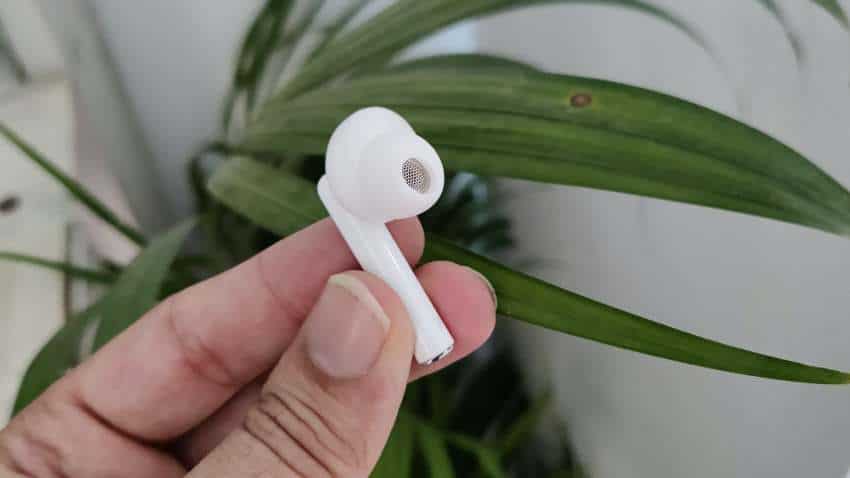 The additional features include a 94ms low latency mode and support for the LDAC Bluetooth codec, which promises better sound quality thanks to the ability to handle larger data streams from supported source devices.

The Noise Cancelling on the Realme Buds Air Pro is very basic too. The earbuds are capable of blocking the whir of fan but you can still hear the humming of a motor running in the background. Also, similar to what I notice with the Realme Buds Wireless Pro, the ANC tweaks the audio output as well, resulting to a more artificial output. 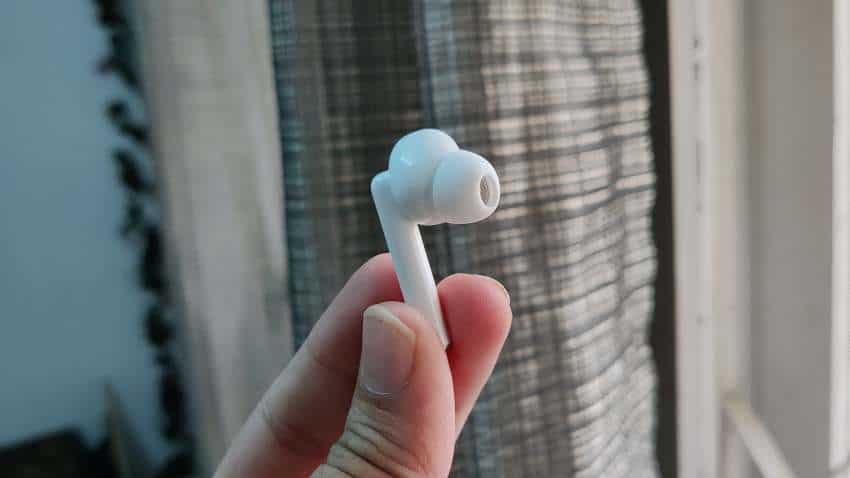 Coming to the audio performance in general, the Buds Air Pro do an excellent job for the price. Just like most Realme audio devices till now, the Buds Air Pro are also loud and bass-laden. ‘Immigrant Song’ by Led Zeppelin sounds very impactful with the impeccable reproduction of guitar strings. The separation of vocals could be felt in Elvis Presley’s ‘Hound Dog'.

Where you can differentiate the Buds Air Pro with more premium pair of earbuds are the mids. It fails to produce refined mids and treble is often compromised by the over enhanced bass. And, this is when I had both Bass Boost+ and Voice Enhancer turned off. 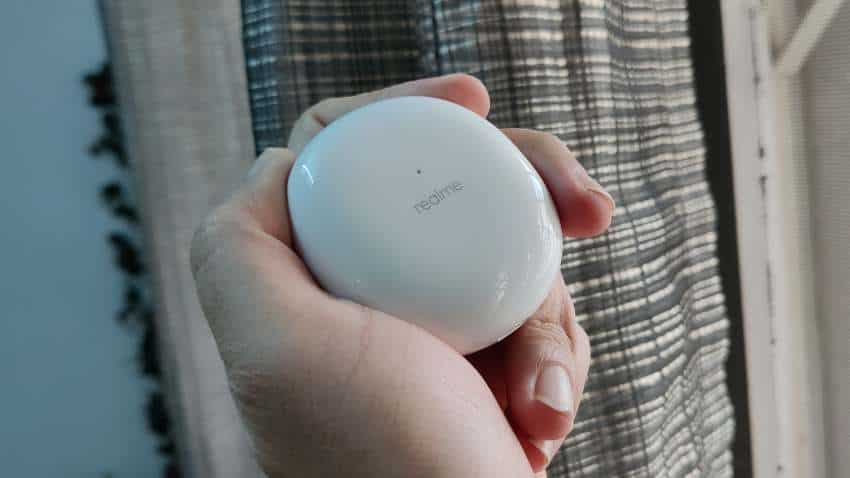 Realme does a good job on the latency front. The 94ms low latency ensures that there is negligible lag while playing online games like Call of Duty: Mobile.

Realme claims that the Buds Air Pro come with an overall playback time of 25 hours with ANC turned off. With noise cancellation on, you can get around 20 hours of playback. During my time with the buds, I managed around 18-19 hours of music playback. This included streaming music, watching web shows, listening to podcasts etc. 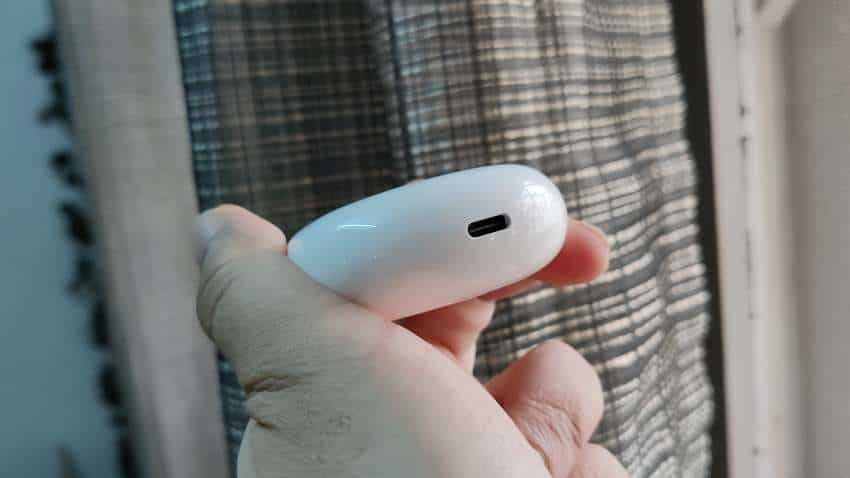 There is also support for quick charge which allows 3 hours of playback with 10 minutes of charge. Otherwise, the TWS can take around 60 to 70 minutes to get fully charged.

Realme Buds Air Pro are a mixed bag. They are loud, clear and bass heavy, offer a decent battery life and come with several features like Active Noise Cancellation, LDAC support and Low Latency Mode. It’s efficiency of most of these features that you need to consider before buying the product. I feel ANC require some work from Realme but given that this is company’s initial attempts at this tech, can’t be too harsh with them.

Also, we need to keep in mind that at the end of the day, these earbuds cost Rs 4,999 – almost one-fifth than what the Apple AirPods Pro do. Not that the two can be compared, but if you consider the amount to be spent on the Buds Air Pro, the value attached is good.