Taking a giant leap, Chinese smartphone manufacturer Realme on Wednesday announced Salman Khan as its brand ambassador and confirmed that both Realme 6 and Realme 6 Pro will launch in India on March 5. 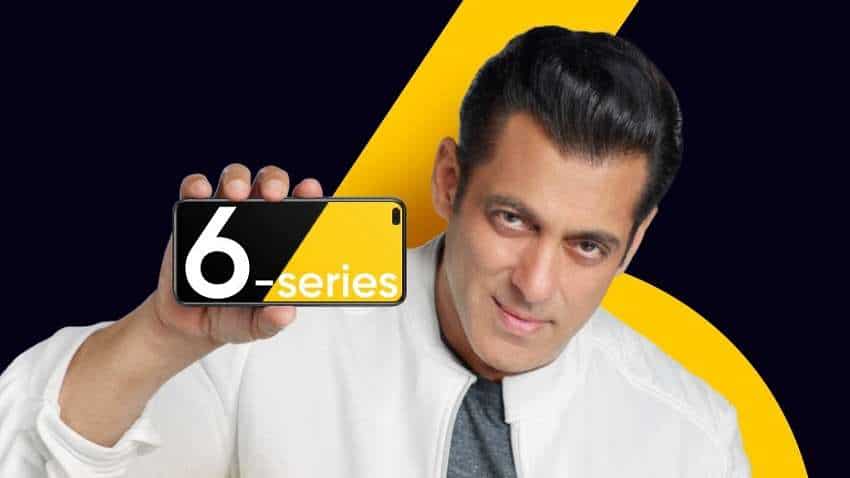 This is the first time when Salman has associated with a smartphone brand.
Written By: ZeeBiz WebTeam
Edited By: Harish Dugh
RELATED NEWS

Taking a giant leap, Chinese smartphone manufacturer Realme on Wednesday announced Salman Khan as its brand ambassador and confirmed that both Realme 6 and Realme 6 Pro will launch in India on March 5. The company said that its 'partnership with the celebrated star and actor, who has set a trailblazing path with his distinctive style, dare and panache, highlights the unique promise of the brand’s “Power Meets Style” product philosophy.' The announcement comes just two days after the smartphone maker had launched Realme X50 Pro 5G -- country's first 5G-enabled device.

"What makes Salman Khan the best choice for us it that he enjoys a massive appeal across various regions and demographic profiles of India. That brings immense value to us as one of the unique selling propositions of our brand lies in making cutting edge technology, fun, stylish, quality-driven products within everyone's reach and across all price segments. Having Salman Khan on board with a mammoth fan following will help us reach and tap into that target audience of ours," Madhav Sheth, Vice President of realme and CEO of realme India, said.

This is the first time when Salman has associated with a smartphone brand. The actor had last starred in Dabangg 3 and is currently shooting for his next Radhe.

"I am happy to be the face of the world’s fastest growing smartphone brand realme. In a short span of time, the brand has established a proven track record and expertise, with unparalleled products and quality. Further, its ethos of ‘Dare to Leap’ is something that I strongly resonate with. The realme 6 series is stylish and edgy and I am sure it will find favour with consumers," the actor said.

The Realme 6 series succeeds the Realme 5 line-up which included Realme 5, 5S, 5i and 5Pro. Launched last year, the series was a major success in India. The Realme 6 and Realme 6 Pro will be launched on March 5 and are expected to be mid-range offerings from the company. Realme 6 Pro is likely to feature a 64-megapixel primary camera.

The company has also confirmed that it will launch its first fitness band on the same date.