In what has come as a proud moment for the institute, a student of the Indian Institute of Management, Indore (IIM-I) has bagged a salary package of Rs 50 lakh per annum, an official said on Thursday. 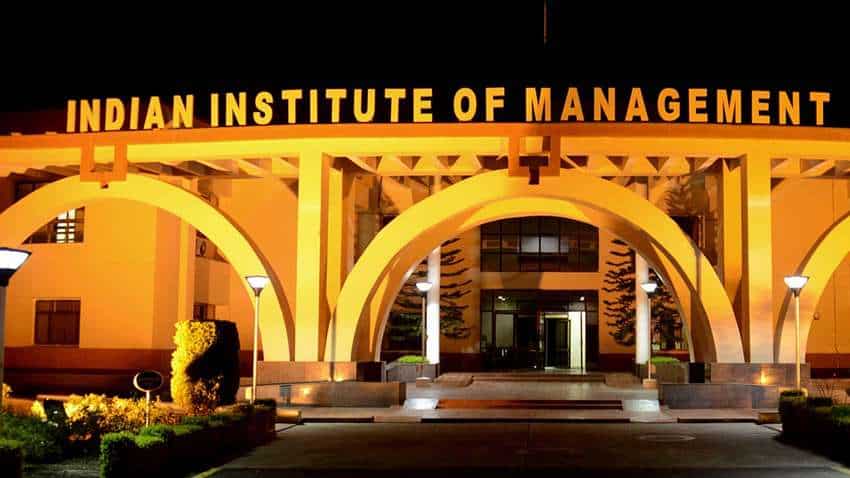 The institution recently completed placements for this year and one of its students bagged the highest salary package of Rs 50 lakh per annum. Source - Official website.
Written By: ZeeBiz WebTeam
Edited By: Harish Dugh
RELATED NEWS

RBI Assistant prelims result marksheet released at rbi.org.in: Here is how to check

A rise of 23 per cent has been reported in domestic packages in this season where a total of 160 recruiters participated. During the final placements last year, the highest annual salary package offered was Rs 40.5 lakh, the official revealed.

Two offers were made to students for jobs abroad. However, the salary offered to them was not revealed by the institute. This batch is the largest across all IIMs to pass the course in a single academic session, he added. Consulting, Sales, Marketing, and Finance companies extended highest number of offers to the candidates.

The Department of Higher Education, Ministry of Human Resource Development, Government of India had established Indian Institute of Management Indore as Institutions of Excellence. Established in 1996, Indian Institute of Management Indore (IIM Indore) has been a leader in the field of management education, interfacing with the industry, government and PSUs.

It is promoted and nurtured by the Ministry of Human Resource Development, Government of India and is an institute of national importance under the Indian Institutes of Management Act 2017.

RBI Assistant prelims result marksheet released at rbi.org.in: Here is how to check