Xiaomi Poco X2 Smartphone: Days after separating from Xiaomi and deciding to operate as an independent brand, Poco has announced its new smartphone in India - Poco X2 - to be launched on February 4. 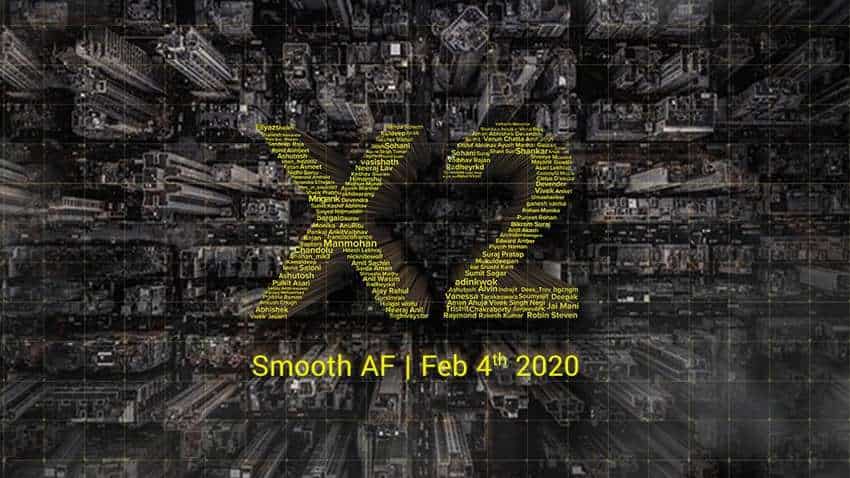 Xiaomi Poco X2 Smartphone: Days after separating from Xiaomi and deciding to operate as an independent brand, Poco has announced its new smartphone in India - Poco X2 - to be launched on February 4. The smartphone has been under speculation for a while and has now been confirmed by Poco India general manager C Manmohan. In a tweet, he said that the Poco X2 will launch on February 4 and claimed that it will redefine the value of 'X'.

This could be a dig at Xiaomi's rival brand Realme which has its own line up for 'X' smartphones comprising of Realme X, Realme X2, Realme XT and Realme X2 Pro. The tweet from Manmohan contains the hashtag #SmoothAF which hints at smoother performance with a new processor.

Reports have suggested that the company could launch three smartphones on the same day - Xiaomi Poco X2, Poco F2 and Poco F2 Lite. The base model is expected to come with Qualcomm Snapdragon 765G processor while the top-end model will be powered by Qualcomm Snapdragon 855 chipset.

We're here to redefine the value of X. Get ready to Xperience something that is #SmoothAF. #POCOX2 is arriving on Feb 4th 2020.

I am super excited. Are you guys excited too? pic.twitter.com/yBRkddORGI

Last week, Xiaomi had announced that it was spinning off Poco as a standalone brand. It added that Poco will operate at its own from now on.

"What started as a sub-brand in POCO has grown into its own identity in a short span of time. POCO F1 is an extremely popular phone across user groups, and remains a top contender in its category even in 2020. We feel the time is right to let POCO operate on its own now, which is why we’re excited to announce that POCO will spin off as an independent brand. Join me in wishing the POCO team the best!," Manu Jain, Xiaomi Vice President and Xiaomi India Managing Director, had said.