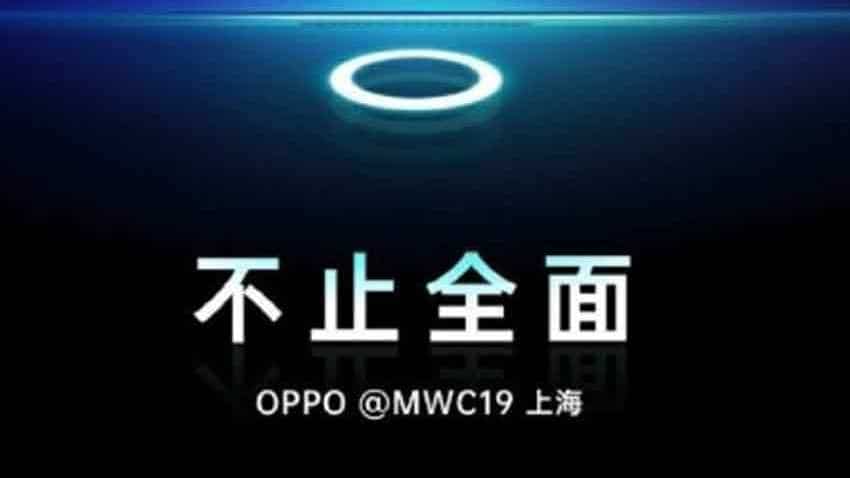 A short video showcasing a notch-less smartphone with the front camera optics embedded underneath the display was shared by Oppo VP Brian Shen earlier this month.

The Chinese smartphone manufacturer, Oppo is all set to unveil its first under-display selfie camera smartphone on June 26. The smartphone manufacturer had recently teased the technology, and has now started to send out media invites for the formal announcement, scheduled for June 26. The phone is likely to be unveiled at an event a MWC Shanghai. The invites sent out by Oppo hint that the company's own event can start at around 2 pm local time at Oppo's booth. MWC Shanghai is slated to start on June 26 and go on till June 29.

The media invites sent out to the Chinese representatives, reportedly have all the booth details, along with the time and date of the launch event. Even though the invites don't mention that the event will host the unveiling of the under-display selfie camera technology, the message on it translates to ‘Even more surface' - hinting at the same.

A short video showcasing a notch-less smartphone with the front camera optics embedded underneath the display was shared by Oppo VP Brian Shen earlier this month. Even if the company does unveil the technology, it will be interesting to see by when it is made available for mainstream use.

For those seeking the perfect, notchless smartphone screen experience – prepare to be amazed.

You are taking a very first look at our under-display selfie camera technology. RT!  pic.twitter.com/FrqB6RiJaY

Before this, Xiaomi and Honor have already confirmed that they are working on under-display selfie camera technology. In fact, Xiaomi Senior VP Wang Xiang even detailed on how this technology will work. The Chinese smartphone manufacturer is working on a custom display that features a small transparent area made of a special low-reflective glass with high transmittance. It said that as soon as the users will activate the selfie camera, the display area over the lens becomes transparent instantly, allowing light to enter.

The technology could allow smartphone manufacturers to come up with Full Screen Displays while keeping the front camera. However, Oppo is yet to provide any details on how its under-display selfie camera technology could work. But, more on this will be known on June 26.

Oppo A57 4G price in India starts at Rs 13,999 - Check specifications and other details