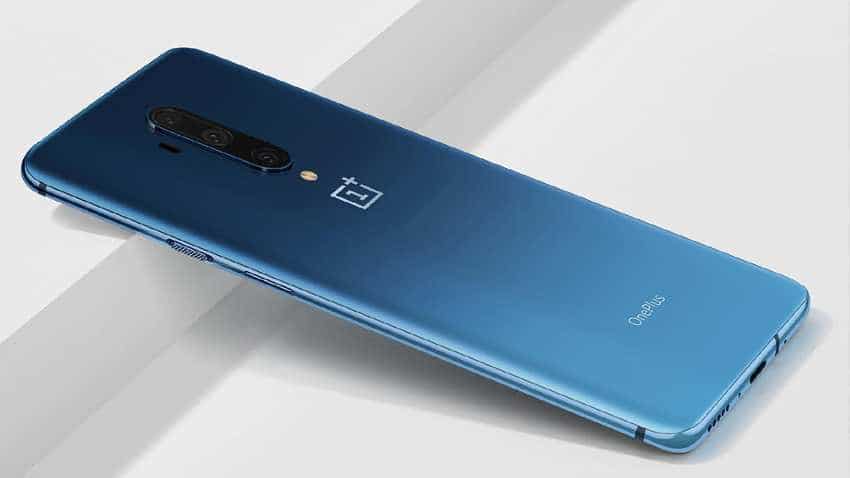 Some two weeks after launching the OnePlus 7T in India, the Chinese smartphone manufacturer has unveiled the OnePlus 7T Pro - an upgraded model of this year's OnePlus 7 Pro - on Thursday night during an event in London. Along with this, the company also launched a special McLaren Edition of the smartphone. Just like the OnePlus 7T, the latest offering is also powered by Qualcomm Snapdragon 855+ SoC. It comes with 4085mAh battery with Warp Charge 30T, 8GB of RAM, and up to 256GB of onboard storage.

The OnePlus 7T Pro price in India has been set at 53,999 while the McLaren Edition will cost you Rs 58,999. The OnePlus 7T Pro will go on sale in the country from October 12, starting 12pm. It will be available through Amazon India, OnePlus.in, OnePlus offline stores.

Meanwhile, the McLaren Edition will be made available in the country on November 5 via Amazon, OnePlus.in, and OnePlus offline stores. The company said that only a limited units of the device will be up for pre-bookings on October 11 via OnePlus Exclusive Stores and they will ship on October 18. It said that the customers who pre-book the device will also be eligible for a pair of Type-C Bullets.

As mentioned above, the OnePlus 7T Pro features a 6.67-inch Quad HD+ Optic AMOLED display and is powered by Qualcomm Snapdragon 855+ processor. OnePlus 7T and Asus ROG Phone II are the only two devices that are shipping with this chipset in India so far. It comes with 90Hz screen refresh rate and packs a 4085mAh battery with Warp Charge 30T. You get 8GB of RAM and up to 256GB of onboard storage.

The McLaren Edition comes with similar specs but offers up to 12GB RAM with 256GB of internal storage. It sports a papaya orange finish that can be seen at the edges, camera module, and notification slider. To recall, the OnePlus 7T offered a 6.55-inch full-HD+ Fluid AMOLED display, Qualcomm Snapdragon 855+ SoC, and 3800mAh battery with Warp Charge 30T support.