Chinese smartphone maker OnePlus is going to launch its OnePlus 7-series today (May 14). 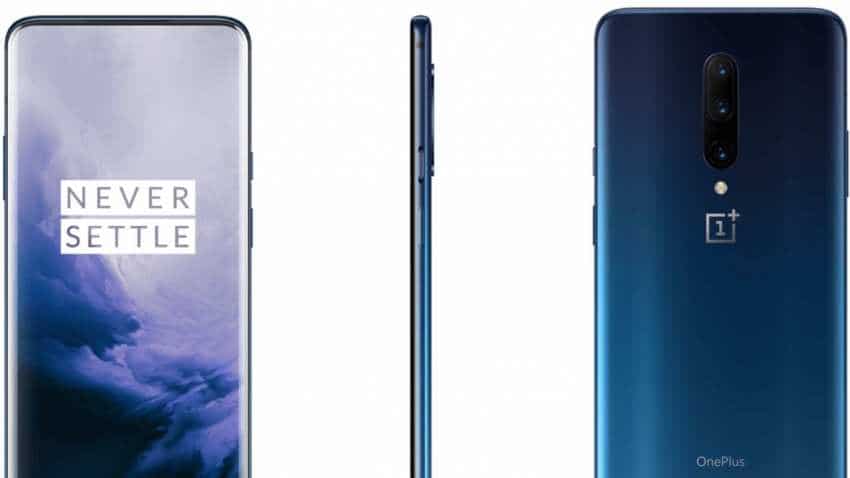 The OnePlus 7-series launch event will be hosted simultaneously in three different regions across the world - India, Europe and, the US. Image source: Ishan Agarwal Twitter post

Chinese smartphone maker OnePlus is going to launch its OnePlus 7-series today (May 14). The launch event will be hosted simultaneously in three different regions across the world - India, Europe and, the US.  In India, the event will begin at 8:15 pm at the Bangalore International Exhibition Centre.  People who are eagerly waiting to watch the event LIVE can find it on OnePlus' official social media handles and YouTube channels.

The company will unveil two phones - OnePlus 7 and the OnePlus 7 Pro at the event.  The OnePlus 7 Pro is expected to be a premium offering with major upgrades. The smartphone may be an upgrade from its current model OnePlus 6T, as many people predicted on social media platforms.

Though final features and specifications are yet to be known, from various leaks and the advertisement appeared on its website, it is predicted that the phone may have an all-screen profile on the front with no bezels or notch.

The smartphone is expected to have 6GB, 8GB, and 10GB RAM variants powered by Qualcomm Snapdragon 855 SoC. It is also confirmed from the pictured appeared on the advertisement that the phone will come with triple camera module on the back.

Exclusive: Here is your first look at the official renders of the #OnePlus7 Pro Nebula Blue and Mirror Grey variants! Looks good, doesn't it? Curved Screen and a triple camera setup at the back with #OnePlus written below. Your thoughts? #OnePlus7Pro #GoBeyondSpeed pic.twitter.com/ibRklVCODQ

The price of  OnePlus 7 Pro could be priced up to Rs 57,999, according to the information leaked by Ishan Agrawal on Twitter.

Raju Srivastava health update: "Stable enough to be moved for a probable MRI"