Want to buy OnePlus 6T McLaren Edition? Here are all the deals and discounts you need to know. 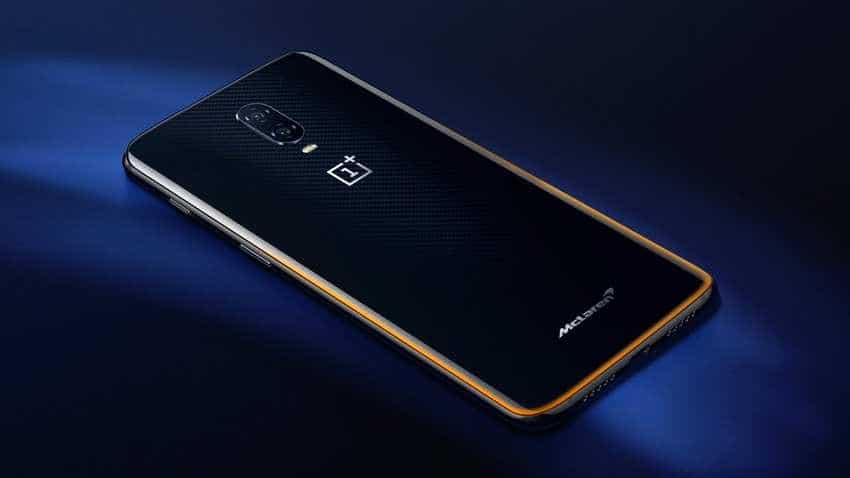 Chinese smartphone maker OnePlus unveiled the much-awaited McLaren Edition of OnePlus 6T in the Indian market on Wednesday evening at the company's 5th anniversary event. The smartphone will go on sale from December 13 at the new OnePlus experience store in the national capital and will be available for open sale from December 15, at online as well as offline channels. The company hopes to meet the demands of graphic-intensive games, photo editing, and other demanding apps with this massive 10GB smartphone.

With a price tag of Rs 50,999 for the 10GB RAM and 256 storage model, the McLaren edition also becomes the most expensive OnePlus smartphone in the country till date. While the price tag might have raised a few eyebrows, OnePlus has done just enough to make the smartphone affordable for the customers. It announced various offers and discounts on the phone at the launch event itself.

OnePlus 6T McLaren Edition is the company’s fifth anniversary phone, which can be purchased after taking advantage of several offers between December 15 to December 24. The smartphone will be an Amazon exclusive, just like company's previous smartphones. Offers include Rs 2000 cashback on all EMI transactions if the purchase is made using an Axis Bank card. The customers will have the option to buy the phone with no-cost EMI for up to six months.

Immerse yourself in power and speed. Inspired to Never Settle, we bring you the #OnePlus6T McLaren Edition. #SalutetoSpeed pic.twitter.com/cCE7tRirfB

Apart from the this, customers can also get a discount of Rs 3000 in exchange of an old OnePlus handset. The company is offering Rs 2000 discount in exchange of a smartphone from other manufactures. The offers are valid across all offline and online platforms.

The new edition comes with 10GB RAM and is available in a combination of Papaya Orange and black colour variant. It supports company's new Warp Charge 30 fast charging technology which is claimed to offer day's power in just 20 minutes of charge.

The smartphone comes with a 6.4-inch FHD+ AMOLED display with a waterdrop notch, Snapdragon 845 processor, and 3,700mAh battery. It has 256GB internal storage and does not support microSD card. The phone features 16MP+20MP rear cameras and has a 20MP front camera. It runs OxygenOS, based on Android 9 Pie.