Every since the OnePlus CEO Pete Lau confirmed that the company is working on a 5G smartphone, there has been a strong buzz around the device. 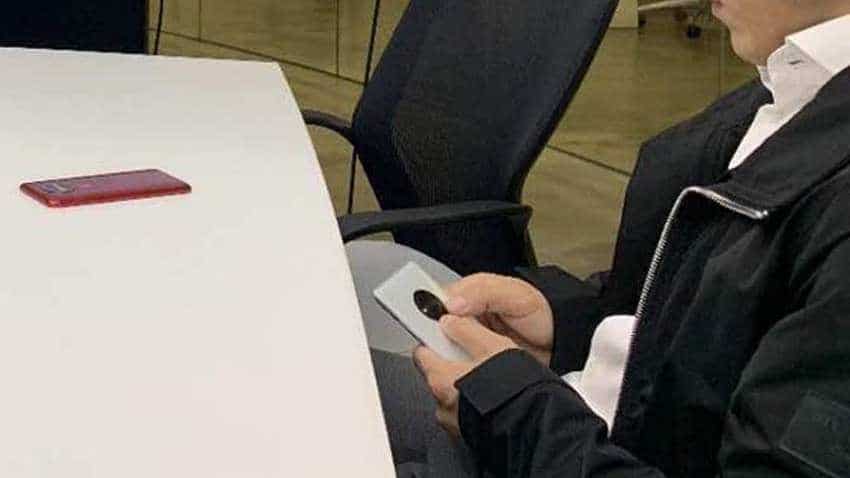 Every since the OnePlus CEO Pete Lau confirmed that the company is working on a 5G smartphone, there has been a strong buzz around the device. Lau had said that OnePlus will launch the phone in the UK in partnership with EE and it will cost customers $200- $300 more than the 4G smartphones. Now, an image of this upcoming smartphone has been leaked on social media platforms. The image is a shot from OnePlus' internal company meeting which was also attended by Lau. However, this image is claimed to be of a prototype and the design is yet to be finalised.

The image shows a red smartphone featuring a big camera on the rear while a white colour device can also be spotted. The company is yet to make an official statement on this. The phone is expected to be launched in early 2019 and will be powered by Snapdragon's 855 SoC. The 855 should also feature in the OnePlus 7, but with the 4G X24 modem instead.

EXCLUSIVE! Here's your first look at an upcoming OnePlus Device I don't know much about. This image shows the device in prototype/designing stage and it is not final but this is probably how the device may end up looking. That's Pete (CEO of OP) in the img and the device itself. pic.twitter.com/Yau9EsgSDy

Snapdragon's 855 SoC comes with the unique feature of the X50 5G modem which allows phones to connect to 5G wireless data networks with 'multi-gigabit' mobile data speeds. The company claims that 5G speed is likely to be 50 to 100 times more than the existing 4G LTE data speeds.

Speaking to CNET about the phone, Lau had said that the 5G product is not expected to produce huge sales initially but things could change by 2020.

"With a focus on being one of the first companies to deliver a 5G phone, our engineers and product development team can receive an early start on how to best develop a premium 5G phone without compromise to design and user experience," Lau had added.