The Nokia 106 (2018), which will be available for purchase via offline stores across the country, is stated to be offering strong battery life of 21 days standby time. 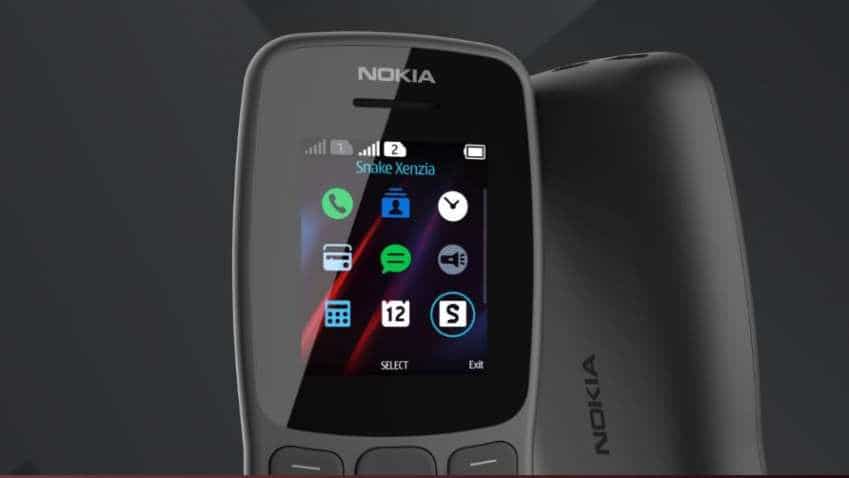 The company stated that consumers can also use a micro-USB charger to power up the Nokia 106. Image source: nokia.com
Written By: ZeeBiz WebTeam
RELATED NEWS

Refreshing its feature phone segment with Nokia 106 for Rs 1,299 in India, Finnish company HMD Global, which sells Nokia-branded smartphones, is making an attempt to revive the Nokia's erstwhile charm. The new feature phone, which has been launched after the success of Nokia 8.1 smartphone, would be available across mobile retailers and on Nokia.com/phones.

The Nokia 106 (2018), which will be available for purchase via offline stores across the country, is stated to be offering strong battery life of 21 days standby time. It is also said to have a battery that will provide talk time of up to 15.7 hours. Notably, the same feature phone was launched in China in November 2018.

Talking about Nokia 106, Ajey Mehta, Vice President and Country Head-India, HMD Global, said, “India is an important feature phone market. Consumers here seek outstanding battery life, a simple to use interface, and great durability. Nokia phones are synonymous with these and we’re delighted to introduce Nokia 106 and hope to continue to drive connectivity for millions of consumers here.”

Further, the company stated that consumers can also use a micro-USB charger to power up the Nokia 106. The Nokia device would sport a polycarbonate body with inherent colouring that means the colour runs through the material, making scratches less detectable, the company added.

The device, which comes with the classic Snake Xenzia game, would be able to store up to 2,000 contacts, besides having an LED torch, FM radio and option to store up to 500 text messages. The device comes with Dual SIM, MTK 6261D processor, 4 MB RAM and Removable 800 mAh² battery.