Nokia 105 will be available in stores soon and has a starting price of Rs 999. 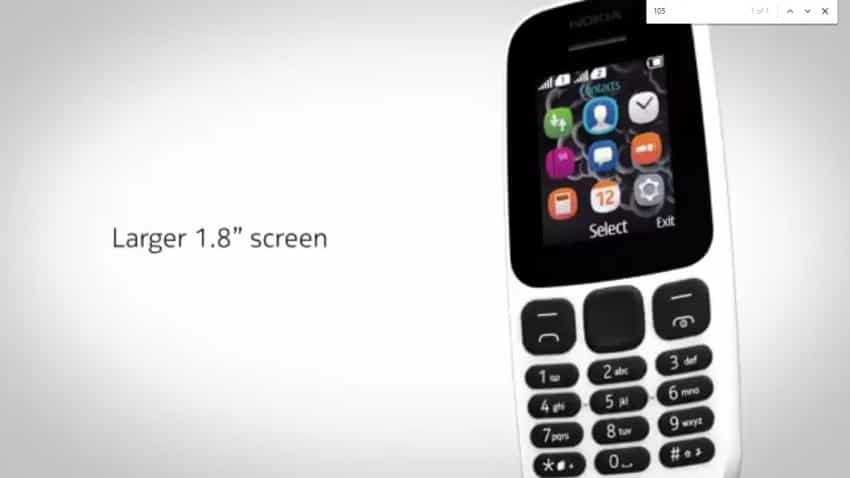 This will be the third feature phone launched by HMD after it acquired the license to sell Nokia branded phones in 2016, a report by TelecomTalk said on Monday.

Nokia 105 has a 1.8-inch QVGA screen and a 4MB of RAM and 4MB of ROM. The phone will run on Nokia Series 30+ OS and comes packed with the iconic Snake Xenzia game.

The device comes packed with 800mAh battery – with a two-day battery life and 15 hours of talk time, the company said.

HMD also announced the launch of Nokia 130 which will hit Indian markets soon. It comes with similar features to the Nokia 105 – 1.8 inch display and has a VGA camera at the back.

Nokia 130 will also have Bluetooth connectivity, the report by TelecomTalk said.