One can take flawless pictures having Al Portrait selfies along with fast and efficient octa-core processor. Also, a customer can enjoy full day battery on a single charge and unlock with a glance. 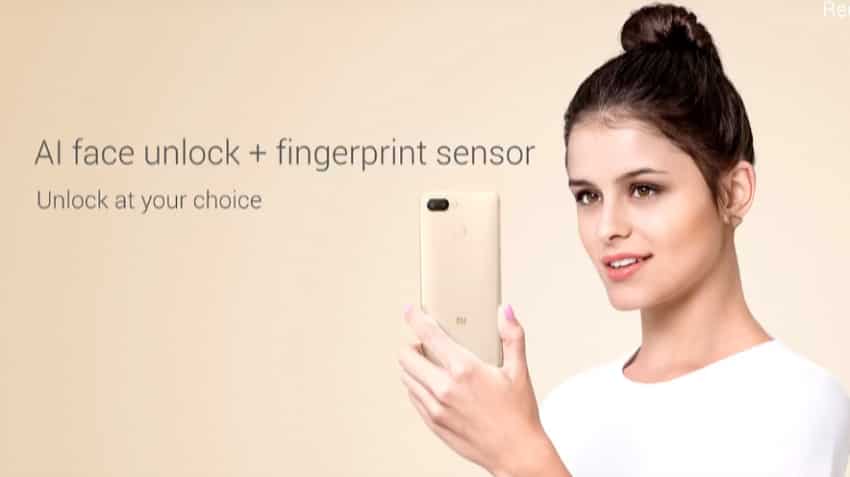 Chinese smartphone maker Xiaomi, which has swayed Indian market with its low-budget brand Redmi, has once again looked to expand its flagship. On the website of Flipkart, it has been revealed that Xiaomi will be launching a new Redmi 6 series smartphones in India today at around 2 pm. This new expansion comes after Redmi 5 series. The company will be introducing now Redmi 6, Redmi 6A and Redmi 6 Pro in the  country. The Redmi phones are among most preferred smartphones in India because of their features, which offer amazing battery power, good cameras, and heavy storage facility.
On Flipkart, the launch of the new phones comes with a tagline saying, ‘An all new Redmi launch’ emphasizing the number 6 in bold today at 2 pm.

Anyone can watch the live launch. The teaser on Flipkart also talks a little about the upcoming Redmi 6 series smartphones.

It states that, one can take flawless pictures having Al Portrait selfies along with fast and efficient octa-core processor. Also, a customer can enjoy full day battery on a single charge and unlock with a glance.

However, it needs to be noted that, even e-commerce rival Amazon has also launched a similar teaser on its website. This simply means that the 6 series model will be available for sale on the both the online shopping websites once launched, however, which one will be offered on which site will be shortly revealed by Xiaomi. But one can expect the Redmi 6 to be available on Amazon. 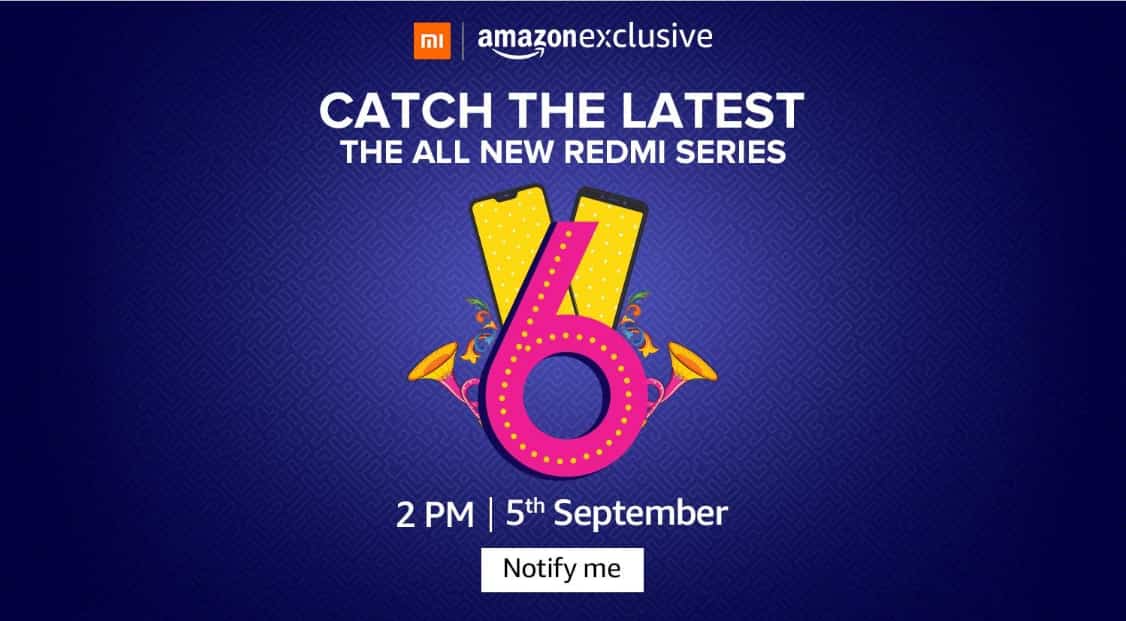 The live stream has already begun one can watch it over here.

There are two variant in this phone one in 3 GB RAM and 32 GB storage variants priced at 799 Chinese yuan (about 8,400 rupees) in China market. The other variant comes in 4 GB RAM having 64 GB storage models available in 999 Chinese Yuan (about Rs 10,500.

It runs on Android 8.1 Orao having 5.45-inch HD + (720x1440 pixels) display with 18: 9 aspect ratios. Further, it is powered by 2 GHz octa-core Helio P22 processor with primary sensor of 12 megapixels and the secondary sensor is 5 megapixels. There is 5 megapixel self-sensor as front camera.

Under Redmi 6A there is variant of 2GB along with 16GB internal storage which currently is priced at 599 Chinese Yuan (around Rs 6,300). This phone looks to target low-budget feature phone users. It has dual sim running on Android 8.1 Orao having 5.45 inch HD + display together with 18: 9 aspect ratios.

As for cameras, there is 13-megapixel rear sensor with front camera as 5 megapixel sensor. Battery life of the phone is also good at 3000 mAh. Also, it is powered Quad-Core MediaTek Helio A22 Chipset.

The phone runs on Android based MUI 9 having 5.84 inch full HD + display and is powered by Octa-Core Snapdragon 625 processor.

Further the phone has 12 + 5 megapixel dual rear camera and 5 megapixels with AI Portrait in front.

Apart from the above, all three models will have similar connectivity options like 4G VOLTE, Wi-Fi, Bluetooth and Micro USB.