iQoo 3 5G first impressions: The 5G war has arrived in India too! Only yesterday, Realme had launched country’s first 5G smartphone – Realme X50 Pro 5G and today, the iQoo 3 has been unveiled. The company has entered the Indian market in style with Virat Kohli as its ambassador and a 5G chip at the heart of its first smartphone 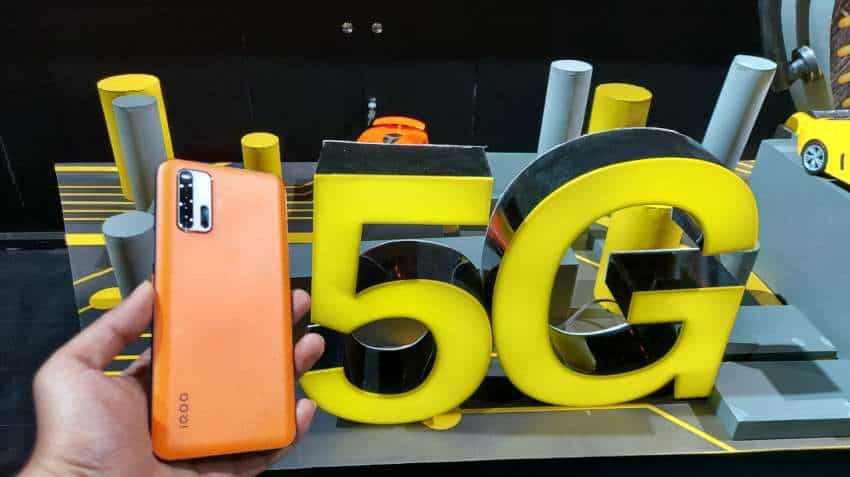 Smartphone is powered by Snapdragon 865 processor, has fast charging support and comes with an all new iQoo UI. So, here is our first impression of the iQoo 3
Written By: Manas Tiwari
Edited By: Harish Dugh
RELATED NEWS

iQoo 3 5G first impressions: The 5G war has arrived in India too! Only yesterday, Realme had launched country’s first 5G smartphone – Realme X50 Pro 5G and today, the iQoo 3 has been unveiled. The company has entered the Indian market in style with Virat Kohli as its ambassador and a 5G chip at the heart of its first smartphone. Now, if you are wondering why the first smartphone from the company has been named iQoo ‘3’ – join the long queue of clueless smartphone enthusiasts and scribes.

While I am yet to get my hands on the Realme smartphone, we had the iQoo 3 with us one week before the launch, giving just enough time to have an initial look, if not dig deep into the specifications. The smartphone is powered by Snapdragon 865 processor, has fast charging support and comes with an all new iQoo UI. So, here is our first impression of the iQoo 3. 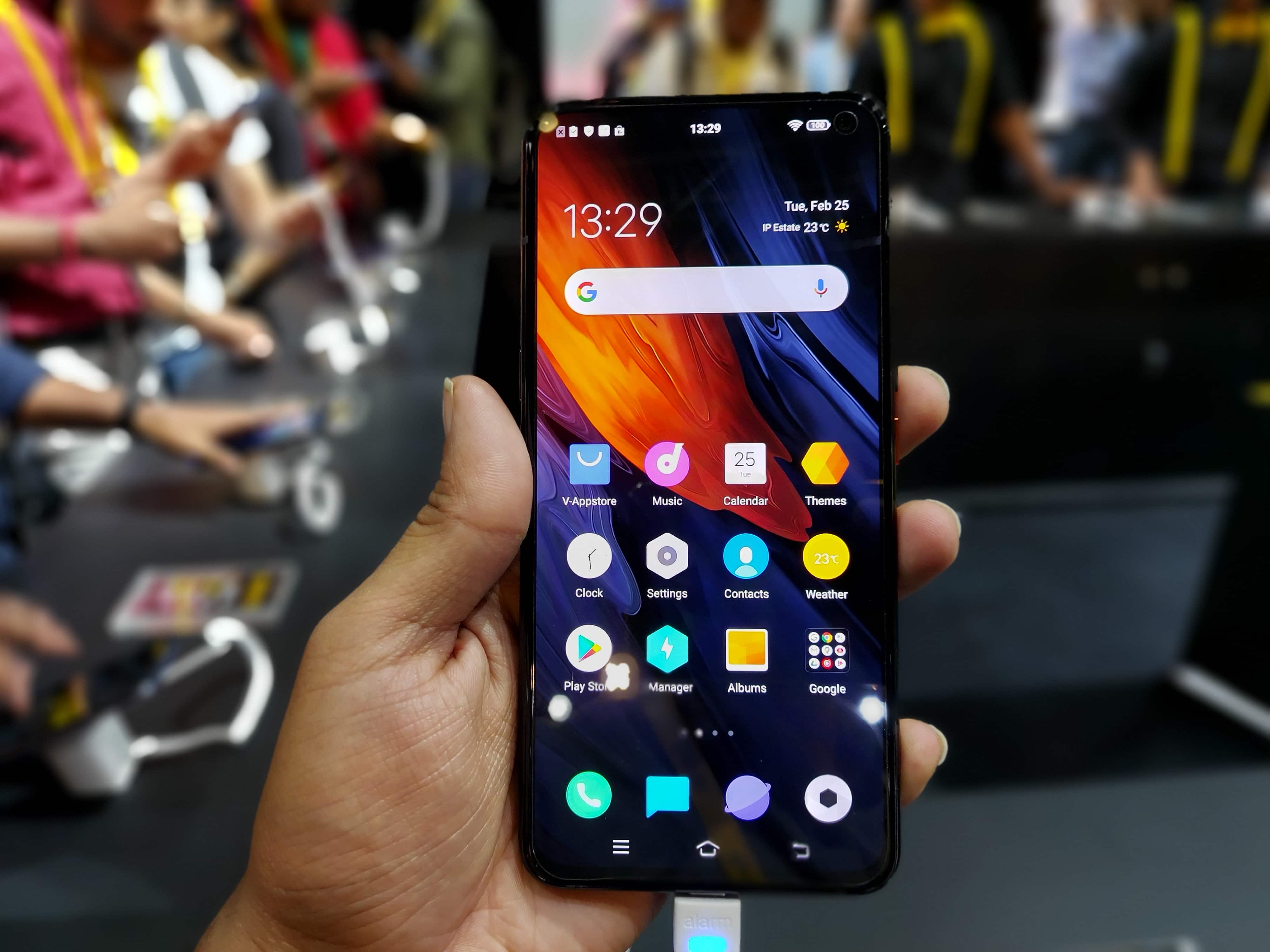 The iQoo 3 comes with an ergonomic design. The smartphone features a 6.44-inch E3 Super AMOLED Display which is claimed to offer 800 nits of brightness under strong light and 1200 nits in some other cases. The display comes with 180HZ Super Touch Response Rate that gives an improved touch frequency over the standard 120Hz display.

The screen also comes with a HDR 10+ Certification which supports HDR high dynamic range video content playback. The certification will allow you to stream highest quality content but has become mandatory even in mid-range smartphones, so can’t be counted as a big selling point.

Overall, the phone is bulky and thick. While the thickness ensures that it won't slip away from your palm that easily, it does feel heavy and can be tough to carry around.

The display, however, seems good. It produces vibrant colours and features a punch hole camera on the top right corner. The front camera has been positioned smartly and hardly interferes in your viewing experience.

Early days suggest that performance isn’t going to be a problem with the iQoo 3. It is powered by Qualcomm’s latest Snapdragon 865 processor, making the iQoo 3 one of the most powerful devices in the market right now along with the Asus ROG Phone II and Realme X50 Pro 5G. The processor is a 7nm chipset and is equipped with the latest A77 architecture.

Company claims it offers 25 per cent improved performance on Snapdragon 855 chipset while the energy consumption will also be reduced by 30 per cent. It will be interesting to see though, if there is a major difference in terms of performance as compared to devices that run Snapdragon 855+ chip. 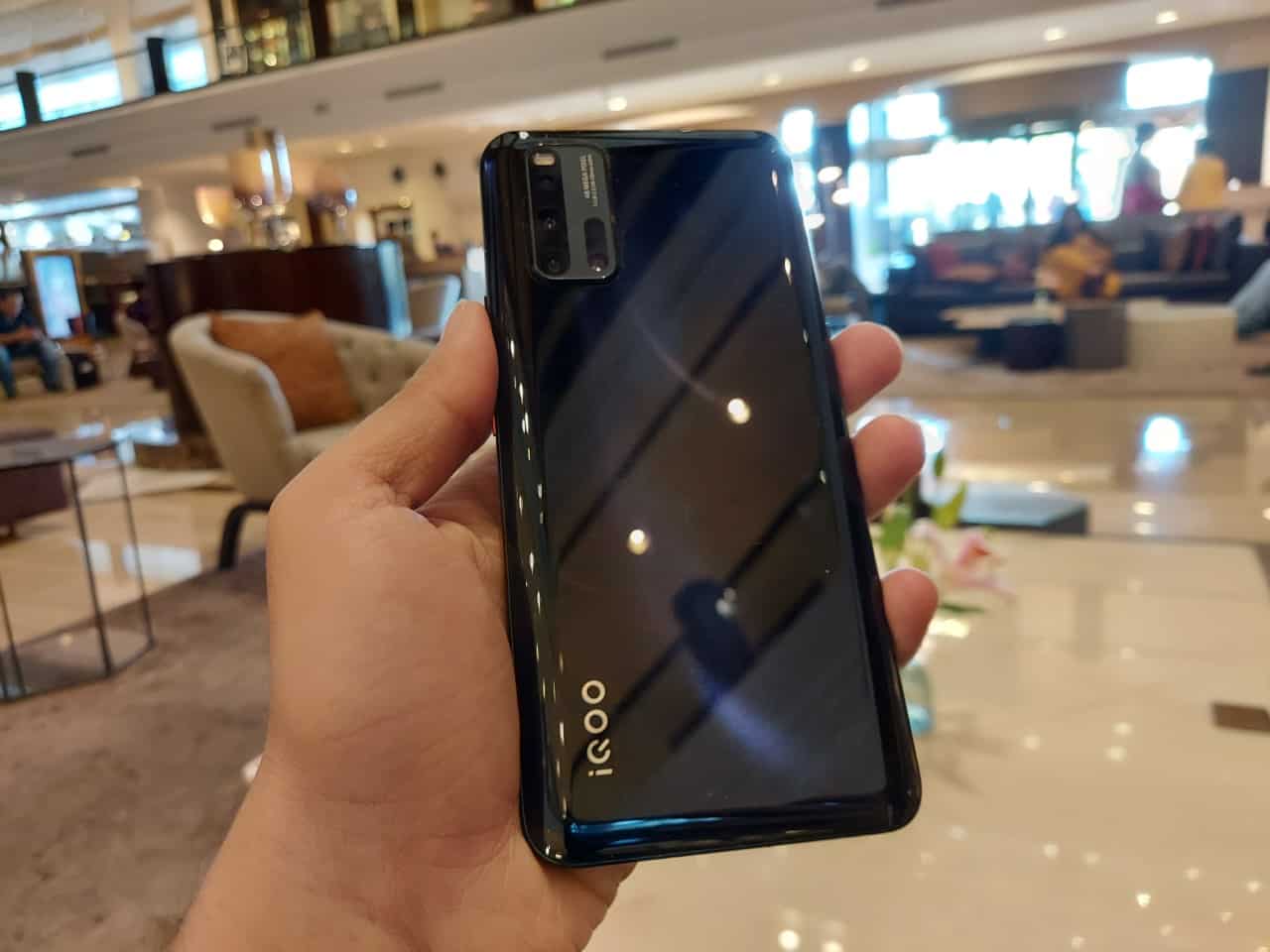 iQoo 3 is equipped by Monster Touch Buttons that use two pressure-sensitive buttons on the side frame of helping users to achieve quick multi-finger operations in the game. This is similar to the AirTriggers that you get on the ROG II. The iQoo smartphone also has 4D vibration which can simulate the recoil when shooting and the vibration of the steering wheel when driving, making the game experience more realistic.

We played Call of Duty: Mobile on the iQoo 3 at high graphical settings. The graphics rendered fast and the experience in the monster mode was good.

One of the refreshing parts of the smartphone is the all new iQoo UI. Honestly, I was expecting iQoo to use vivo’s FunTouch OS and its decision to go against it, is likely to draw praise. We will have a better look at the UI and tell you more about it in our iQoo 3 review. 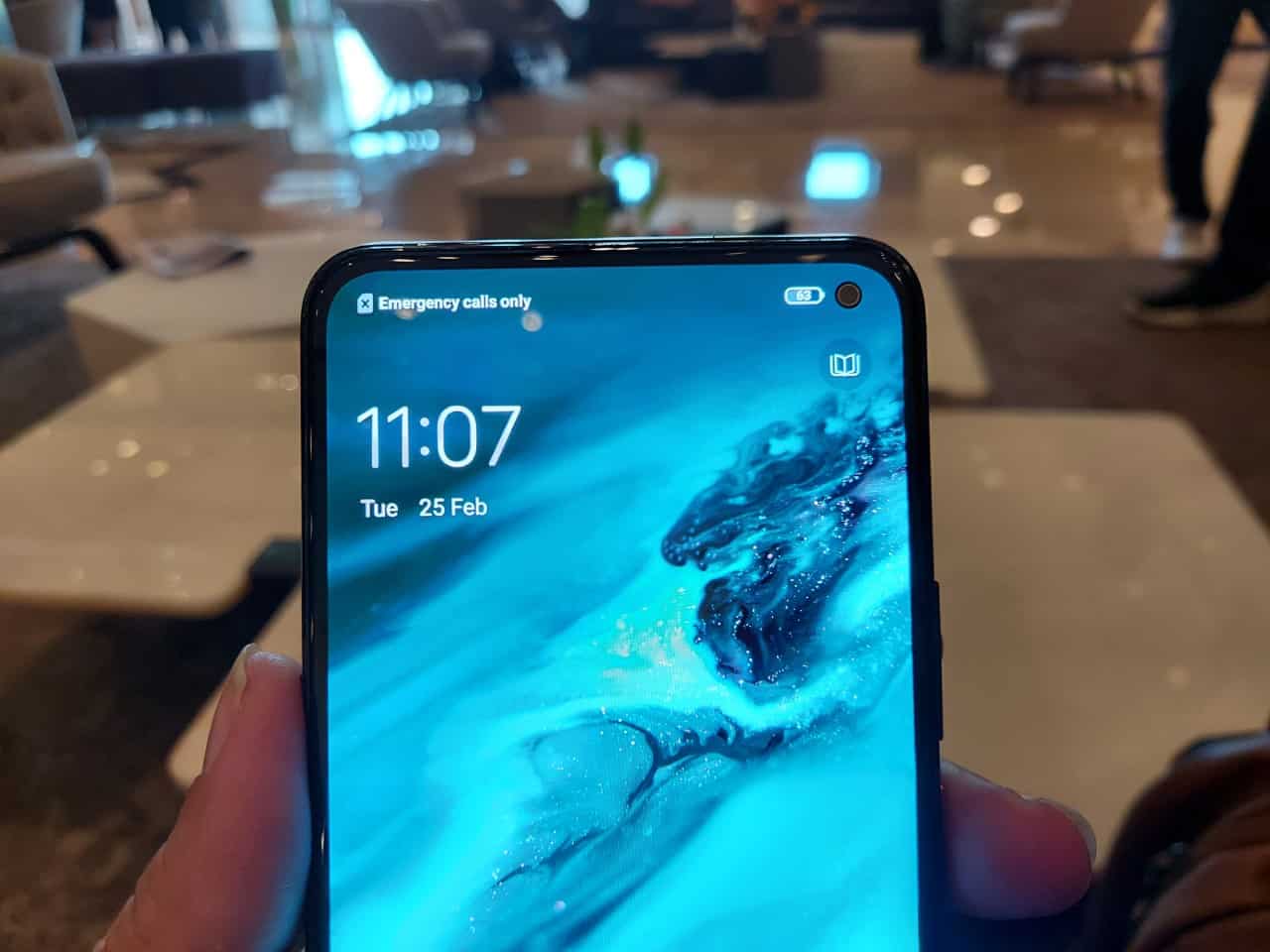 With each passing day, cameras are becoming the biggest selling point. To lure more customers, iQoo has gone with a quad rear camera at the back which comprises of a 48MP main camera, a 13MP Telephoto unto 10x Zoom, a 13MP super wide angle with 120° and macro camera and 2MP Bokeh camera.

Don’t let the number of cameras seduce you though. While you get good images in well light surroundings, the contrast appears to be on the higher side. The low light images are more grainy. In fact, the grains become visible as you zoom in to the picture.

You get Super Video Stabilization on iQoo 3 which uses the EIS algorithm with an ultra-wide-angle lens.  This means that your videos emerge more stable despite minute shakes. We will further test the feature and see how effective it is.

The iQoo 3 packs a 4400 mAh battery. This is more than what you get on most devices in the sub-Rs 40,000 segment. Yet, it is important to understand that a more powerful chipset and display might suck a lot of juice from your smartphone battery. As these are the initial days for Snapdragon 865 chip, it will take a while before we can understand its actual impact on battery life.

What may come to your rescue though is the 55W fast charging support. It uses iQoo FlashCharge Technology which delivers what it promises. We managed to charge the phone almost 50 per cent in about 15 minutes. 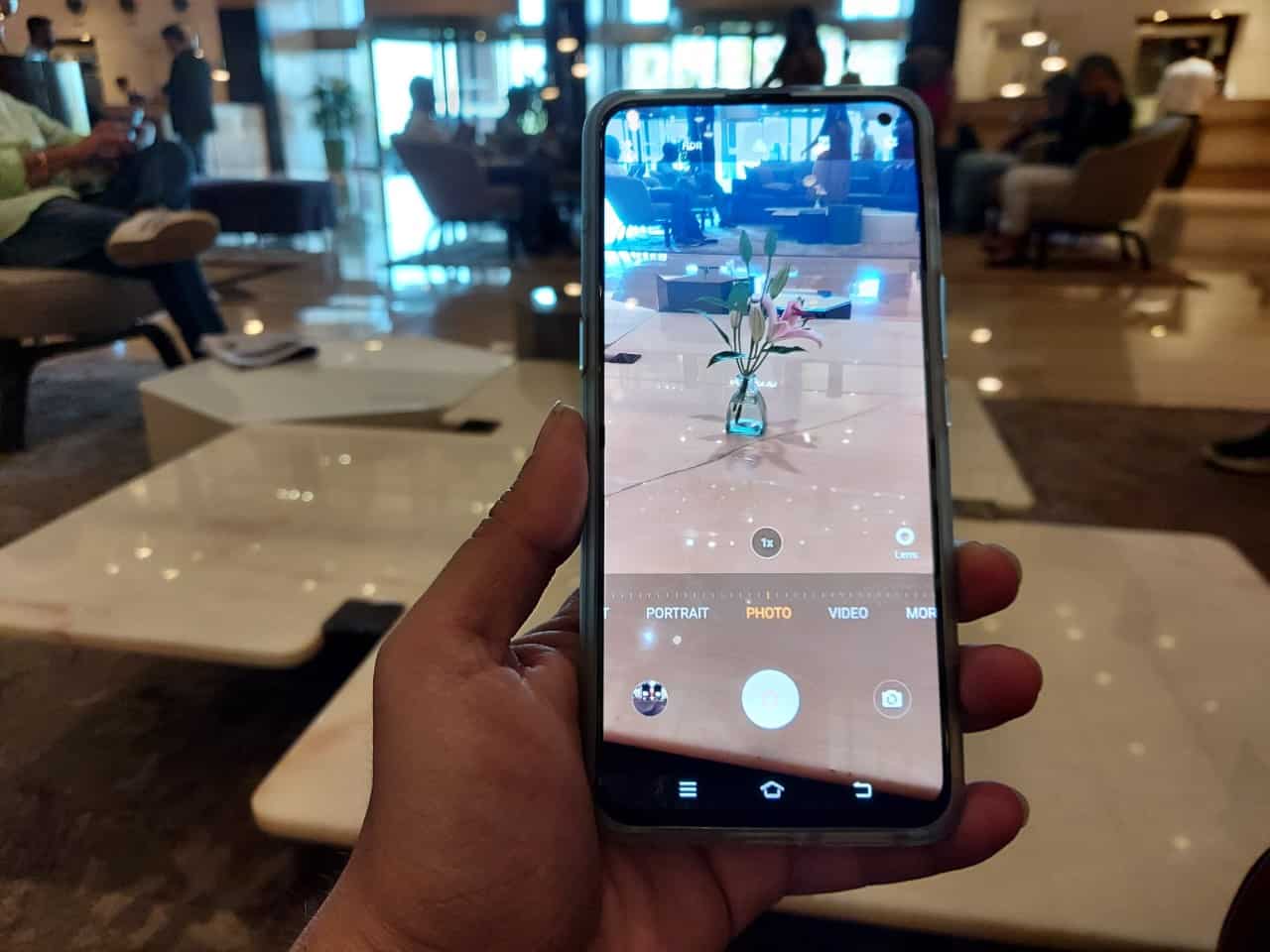 The iQoo 3 is an honest attempt from the company to offer something that is rare in the market. The smartphone offers a powerful performance, a refreshing OS and impressive charging capabilities. The cameras require a bit of work and the weight of the phone can play an important role in the ultimate buying decisions.

Also, iQoo will have other set of challenges as well. It will be competing against Realme and Xiaomi (with Mi10 set to launch soon) over 5G offerings, in a market which both the companies seemed to have cracked. At the same time, it will have to waive off the threat from other players like OnePlus and Samsung who are trying to strengthen their hold in the sub-Rs 40,000 segment.

The biggest challenge though would be to lure customers into buying 5G smartphones in a country that doesn’t support the network yet!