Infinix is set to launch its latest budget smartphone - Infinix Hot 8 in India today. The smartphone has been teased on e-commerce website Flipkart ahead of the launch, hinting at some of its specs. 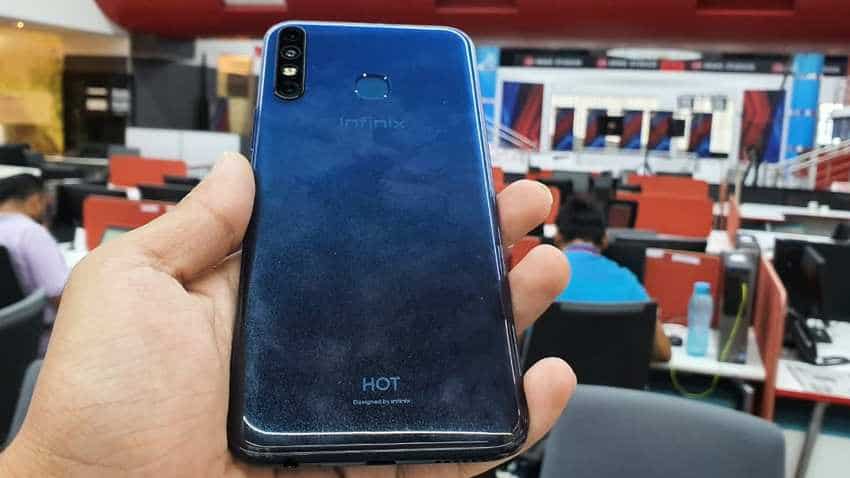 Infinix is set to launch its latest budget smartphone - Infinix Hot 8 in India today. The smartphone has been teased on e-commerce website Flipkart ahead of the launch, hinting at some of its specs. The teasers have also confirmed the price of this latest offering by Infinix. According to the listing on Flipkart, the Infinix Hot 8 will come with a long  long-lasting battery which will be more than 4000mAh. The company is yet to confirm the battery capacity but the phone is expected to pack a 5,000 mAh battery inside it.

Also, Zee Business Online had confirmed last week that the Infinix Hot 8 will come with a triple rear camera setup and will be launched in India first before being available in other regions. Also, the smartphone will be launched in just one variant that would come with 4GB of RAM with 64GB of internal storage. It is likely to feature Octa-core MediaTek P22 processor and a waterdrop notch display on the front.

Infinix Hot 8 is most likely to run Android Pie operating system. The rear cameras will be aligned vertically with quad-LED Flash. The phone will feature a gradient finish at the back.  The phone will also feature a fingerprint sensor at the back and it is likely to come with face unlock.

The company has also been teasing a Super Selfie camera at the front. Infinix Hot 8 will feature a bigger display which will be more than 6-inch and will come with dewdrop notch design. Infinix has also confirmed that Infinix Hot 8 price in India will be Rs 6,999.

To recall, the company had launched the Infinix Hot 7 recently in India with 6.19-inch HD+ (1500 x 720 pixels) display with 2.5D curved glass, 500nits brightness, 83 per cent screen-to-body ratio and 19:9 aspect ratio. The phone offered a dual camera setup on either side. At the back, it had a 13-megapixel primary sensor with f/1.8 aperture and there is a 2-megapixel depth sensor. On the front, the Hot 7 featured a 13-megapixel primary lens with f/2.0 aperture and a 2-megapixel depth sensor with LED flash.

It packed a 4,000mAh battery and was powered by octa-core MediaTek Helio P25 processor paired with 4GB of RAM and 64GB storage.