Miko 2 that can see, hear, sense, express, talk, recognise faces, remember names, identify moods, initiate a conversation and learn from its own environment to intuitively develop a bond with the child. 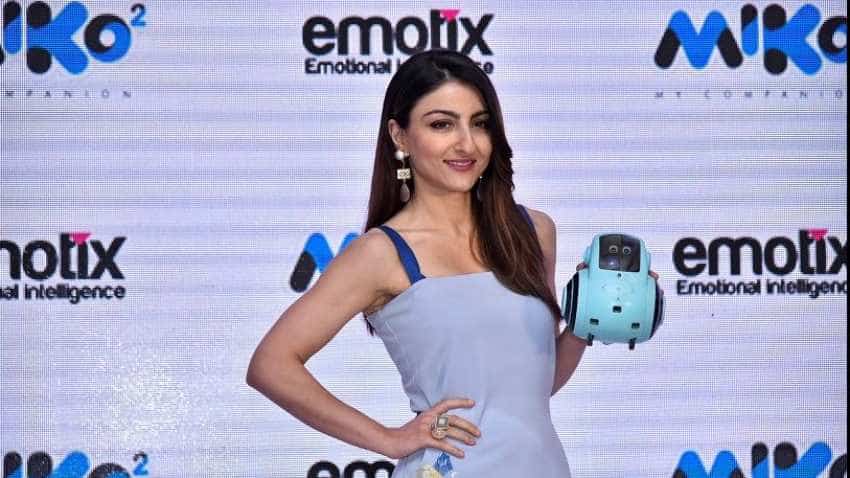 Miko 2 is priced at Rs 24,999 and the co founders are confident that their latest product will be a game-changer in the industry of manufacturing facilities and logistics. Image source: Emotix

Here is some good news for Indian homes. A Mumbai-based start-up has a solution for working parents who are always worried about their kids care. Graduates from IIT Bombay, who created India's first companion robot called Miko, launched an advanced version Miko 2 today. Miko 2 is likely to go a long way to help parents not to worry about their children. This is the brainchild of a start-up, which is run by three engineers who have introduced the concept of social robots in Indian homes, according to DNA.

Sneh Rajkumar Vaswani, who co-founded of Emotix with his batchmates, Prashant Iyengar and Chintan Raikar, has developed an "companion robot" that serves virtually as a friend to people, especially children.

Earlier the startups had launched Miko in November 2016, and today launched the advanced version named as "Miko 2"

Sneh Vaswani said “We launched Miko in November 2016, which we initially sold from door-to-door before it got into stores. The new robot, which we will be launching tomorrow, is even more advanced, and the teaser video has already gone viral"

Talking about Miko 2 the co founder Sneh Vaswani stated "The emotionally intelligent robot is meant for children above the age of five and is capable of engaging, educating and entertaining children and will respond when greeted with ‘Hey Miko!’. The advanced model, codenamed Miko 2, will be even better."

Miko 2 is priced at Rs 24,999 and the co founders are confident that their latest product will be a game-changer in the industry of  manufacturing facilities and logistics.

Miko 2 weighs 800 gm and is over one foot in height and a mind full of knowledge , the amazing part is that Miko 2 contains sensors that effectively communicate with people verbally and even visually by way of displaying emotions such as sadness and happiness.

Miko 2 also has motion capabilities to dance and even swirl.

Miko 2 that can see, hear, sense, express, talk, recognise faces, remember names, identify moods, initiate a conversation and learn from its own environment to intuitively develop a bond with the child.

In terms of operation, while the 1.0 version required a smartphone to operate, the new version requires a one-time Wi-Fi set-up to be done through the Miko 2 app by the parent, post which, the child can talk with the robot directly through voice commands.

Miko 2 sports a new HD camera that does face recognition, can hear through active noise cancellation microphones and has edge sensors that save it from falling off edges such as tables and stairs. Miko 2 comes with a “Time of Flight” sensor that enables the robot to better sense the surroundings and make decisions likewise. In addition to all the upgrades, the product now has a better battery life and improved display and sound quality.

The product is being sold through consumer electronic stores across India as the product is  not being marketed as a toy. The founders had also noted that it was not seeking to replace human interactions but instead provide a child-safe and a better technological interface that kids have access to in this digital age.

Commenting on Miko 2's arrival in India, Sneh Rajkumar Vaswani, co-founder and CEO, emotix, said, "We are super excited to unveil Miko 2 which has been engineered for global consumers with respect to content, design and cultural connect. Our first product Miko, India’s first companion robot was created by a multidisciplinary team comprising engineers, mathematicians, artists, neuropsychologists. The product had received a very encouraging feedback from young parents and it was a great learning experience. And therefore, emotix is creating a global opportunity in the personal robotics space, which is ripe for innovation in the areas of education, healthcare, entertainment, health care, and defense, among others."

This pocket-sized robot cleans walls in a jiffy

Wow! This app turns your phone into robot - Here is how