Huawei Mate 20 Pro to be launched in India on Nov 27; Check specs, features

Among the features that the Mate 20 Pro flaunts include Leica-branded triple camera at the rear with a 40MP wide-angle lens, a 20MP ultra-wide angle lens, an 8MP telephoto lens, along with a 24MP front camera for selfies. 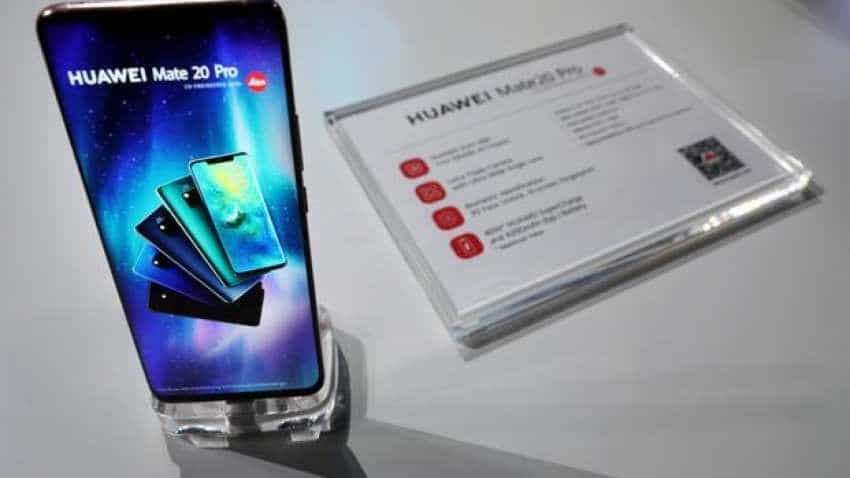 Chinese technology company Huawei is all set to launch its first smartphone, Mate 20 Pro, in India on November 27, said a report, adding that it will be powered by the 5G-ready 7nm Kirin 980 chipset.

Huawei's Mate series phone, which was launched in London last month for 1,049 euros (roughly Rs 89,155) for the 6GB RAM variant, will now be unveiled in India, according to IANS.

Last month, the tech giant had reportedly announced that it was ready to bring its wireless charging capabilities with the launch of the Mate 20 Pro smartphone in the country.

Among the features that the Mate 20 Pro flaunts include Leica-branded triple camera at the rear with a 40MP wide-angle lens, a 20MP ultra-wide angle lens, an 8MP telephoto lens, along with a 24MP front camera for selfies.

Coming with 6GB RAM and 128GB internal storage, the phone will house a massive 4200mAh battery. The Mate 20 Pro runs Huawei`s own EMUI OS based on Android 9.0 Pie.

The report said that the wireless charger is developed on the Qi standard for universal compatibility, thereby, allowing it to identify smartphones, earbuds and other devices and adjust output power automatically.

Among other notable features of the charger include comprehensive safety protection that will allow the device to detect foreign objects like keys, coins and other metal objects and switch off power automatically.

Notably, Huawei has so far pushed its sub-brand Honor to compete in India's mobile business, but by bringing more Huawei-branded phones, it is now looking to play a greater role in the market.

Huawei likely to launch next-gen foldable smartphone in Feb 2022: All you need to know