Honor 20i India sale tomorrow: Should you bet on this Rs 14,999 smartphone?

Priced at Rs 14,999, the Honor 20i comes with an impressive design, triple rear camera setup and specifications that make it a value for money buy. But, is it worth your money? Let's find out. 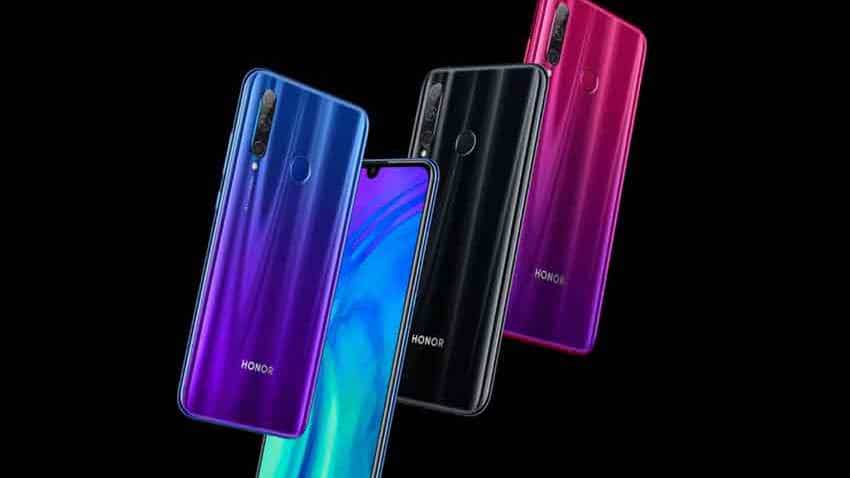 The Honor 20i is powered by a 3,400 mAh battery supported by 10W fast-charging through the supplied charger. Source - Flipkart.

The sub-Rs 20,000 smartphone segment in India has got a sudden boost with the arrival of some exciting devices over the last few months. The first to set foot in India was Xiaomi's Redmi Note 7 Pro followed by Realme 3 Pro. Both the devices were received well by the buyers but will now compete against Honor's latest offering - Honor 20i - part of the Honor 20 series which also includes Honor 20 and the Honor 20 Pro. The series was launched in India last week, about three weeks after it was first revealed in London.

While the two premium offerings of the segment take on the biggies like OnePlus 7 and Oppo Reno (and their Pro models), the Honor 20i has the potential to be a fan favourite. Priced at Rs 14,999, the Honor 20i comes with an impressive design, triple rear camera setup and specifications that make it a value for money buy. But, is it worth your money? Let's find out.

What Honor 20i offers

The smartphone comes with a 6.21-inch screen of a fullHD+ resolution stretched in a tall 19.5:9 aspect ratio. It is powered by a Kirin 710 system-on-chip coupled with 4GB RAM and 128GB storage. This makes the Honor 20i a powerful device for multitasking and gaming. It runs Android Pie-based EMUI 9.0.1 user interface and also supports Huawei’s gesture-based navigation.

A major highlight of the smartphone is its powerful rear triple camera setup. The primary rear camera features a 24MP sensor, the secondary camera uses an 8MP ultra-wide lenses with 120° field of view and the third 2MP camera is a depth sensor with f/2.4 aperture. On the front, the Honor 20i gets a 32MP selfie shooter with f/2.0 aperture for great looking selfies. The AI-enabled camera is capable of recognizing over 500 scenes in 22 categories, automatically applying the best settings to the perfect shot. Based on the AI-powered algorithm, the camera can enhance the subject’s face and the background by modifying the exposure time and applying colour adjustment according to different scene types, creating professional-grade films.

The Honor 20i is powered by a 3,400 mAh battery supported by 10W fast-charging through the supplied charger. The company claims that the battery goes from zero to 100 per cent in around two hours. It is less than what you could get in a flagship but decent for the price tag. The phone is available in Midnight Black, Phantom Blue and Phantom Red colors.

Honor has tied up with Flipkart for Honor 20i sales and the smartphone will also be available with leading offline stores.

Moreover, customers buying the phone can also avail No Cost EMI starting at Rs 2500 per month. Additionally, Honor 20i users on performing recharge of Rs 198 or Rs 299 on Reliance Jio will get Rs 2200 cashback and 125GB additional 4G data. These Cashback vouchers can be redeemed, one at a time, against subsequent recharges of Rs 198 and Rs 299 via MyJio app only.