Google is working on identifying original content and rank them higher: Sundar Pichai

Sundar Pichai said that the company is doing deeper work to identify the original content and rank them higher following its search engine guidelines. 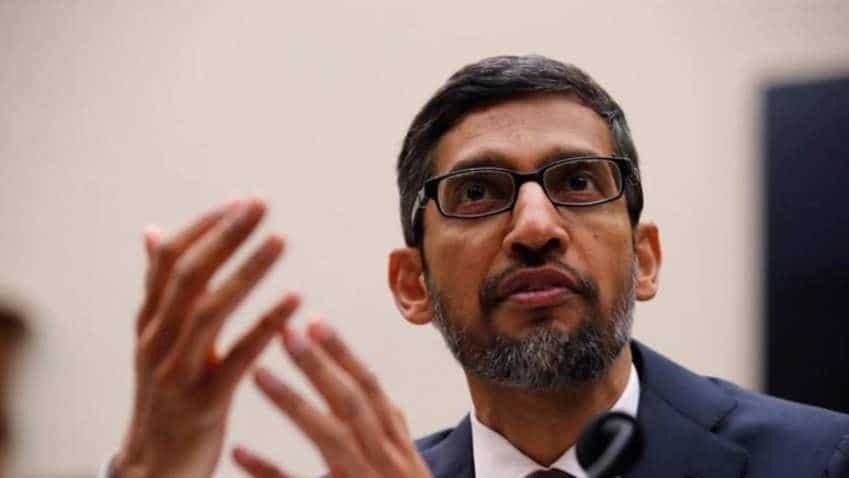 Sundar Pichai said that his company invested significantly in Google Pay and happy to be part of it. Image source: Reuters
Written By: ZeeBiz WebTeam
RELATED NEWS

Privacy concerns have attracted the scrutiny of global technology giants like Google and Facebook. Like other countries, India also has put pressure on these companies for data localisation to ensure personal data safety. However, these companies say that the flow of cross-border data is important for better linkage between the countries. Google Chief Executive Officer Sundar Pichai in an interview with TOI told that data privacy is his company's utmost concern and "have to balance with benefits we get from shared internet, which works globally". The India-born Google CEO said that it always complies with law of land will engage with the Indian government constructively.

He said that Indian companies will be able to take advantage of open internet access across the world. Pichai said that the company is doing deeper work to identify the original content and rank them higher following its search engine guidelines. It is important as original reporting takes a lot of effort and resources. The company has done extra effort to tease out original reporting better than before, he said.

Pichai said that his company invested significantly in Google Pay and happy to be part of it. Google will take the payments app to outside India too. He said that Google will follow a mixed business model, some of its products will be ad-supported and others could be subscription-based. The company offers G-Suite on subscription basis.

India is Google-owned YouTube's largest market, it has 1,200 content creators and over 1 million subscribers. Like Google Pay, India will be one of the leading markets for YouTube, Pichai said in the interview with TOI.