At I/O, Google announced that the new operating system will get features like Dark Mode, a dedicated Privacy section, as well as Focus mode to disable apps that users find distracting, with focus on privacy and Digital Wellbeing. 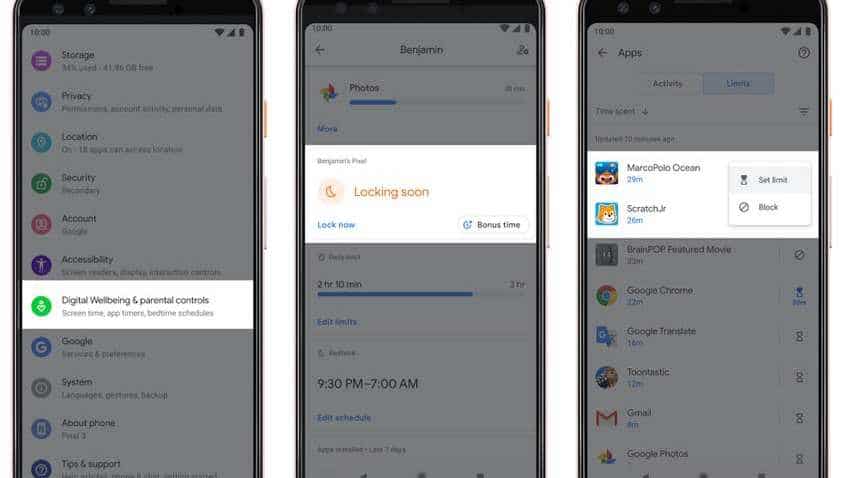 Google has announced the new features that will be arriving on its next-generation operating system, Android Q. At I/O, Google announced that the new operating system will get features like Dark Mode, a dedicated Privacy section, as well as Focus mode to disable apps that users find distracting, with focus on privacy and Digital Wellbeing. The new OS will also support user interface for different screen dimensions. This step has been taken keeping in mind the number of foldable smartphones is about to be launched. Here, we look at five new features that will be arriving on Android Q soon -

1. Live Caption - The feature has been designed for hearing impaired people and brings real-time captions to videos, podcasts, as well as audio messages. The feature will work offline and on-device. The users will have the options of changing the font size and moving the text to any part of the screen. To begin with, the feature is only available in English.

2. Dark Mode - One of the highly-awaited features for Android will also be added to the new OS. The feature could be enabled by switching on the battery saver. Initially, the mode will be rolled out for first-party apps only and it will be interesting to see if it is added to third-party apps like Instagram, Snapchat, Facebook too.

3. Focus mode - In a bid to improve digital wellbeing of the users, Google will also add Focus Mode to Android Q, allowing users to temporarily disable apps that they might find distracting. With this feature, the users will be able to set app-specific time limits to block an app.