Gmail Down 404: Twitter users from across the world took to the micro-blogging site and claimed that they were unable to access Gmail. 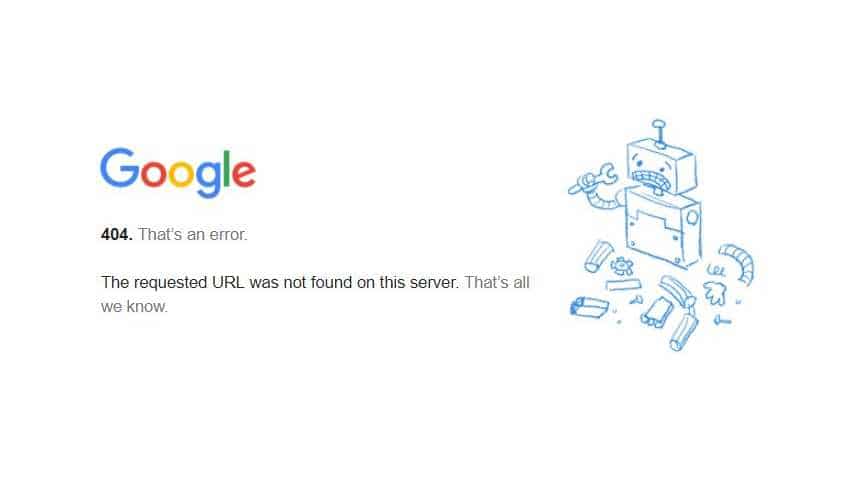 Tech giant Google was on the receiving end of Twitter's rage on Tuesday afternoon as its e-mail service Gmail reportedly went down on incognito mode. Twitter users from across the world took to the micro-blogging site and claimed that they were unable to access Gmail. Screenshots of Gmail throwing a 404 error were also shared by Twitter users. In India, the error seemed to be only with the incognito mode as Gmail was accessible in normal window.

A Twitter user who goes by the name James claimed that he wasn't able to access his inbox even after deleting cookies. James claimed that he was facing the issue both on PC as well as mobile. "@gmail like the thousands of other people tweeting you, I can’t access my inbox, getting a 404 error.  Tried mobile and pc, deleted cookies and all that but still nothing?! I can access other google related services!!??" he tweeted.

Another Twitter users claimed that none of his Google apps were working. "Anybody else get this message? Trying to open Gmail. The same goes for Google Account. The rest of the Google apps works," he tweeted.

Here are some reactions:

Any sign into google is not working not just Gmail.

Hey @gmail is down! Never thought will see this day After all it's a technology.

#Gmail many service are #404 Currently not able to access blogger gmail is any update going on..? @JohnMu @sejournal @sengineland @rustybrick pic.twitter.com/74YkjaOPTP

Is @gmail down ? i am getting this error while logging in! pic.twitter.com/XqKL4ybRXJ

Google Photos users ALERT! How to CLEAN UP Gmail storage as free storage ending on June 1? Also check out THESE ALTERNATIVES