Gamers ALERT! You can win a free yet-to-be-launched Asus ROG Phone II; Here is how

In what comes as a good news for gamers, they now stand a chance to win Asus ROG Phone II for free. Asus is running a competition 'Crack The Code', under which gamers will be given a series of covert missions for three days 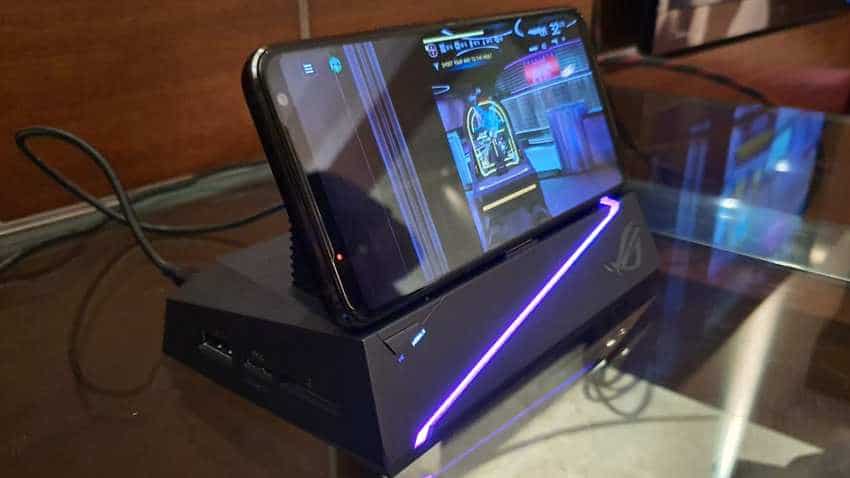 The festive season is almost here and it is raining smartphones! It seems like a new smartphone is launched in India almost every day. And, things are unlikely to change for the next few weeks with several new devices making news through leaks and rumours. One smartphone that gamers would eagerly be waiting for is the Asus ROG Phone II, set to be launched in India soon. Unveiled globally a few weeks back, the Asus ROG Phone II has been teased by the company on e-commerce giant Flipkart and is set to be one of the first few devices to come with Qualcomm Snapdragon 855 processor in the country.

In what comes as a good news for gamers, they now stand a chance to win this smartphone for free. Asus is running a competition 'Crack The Code', under which gamers will be given a series of covert missions for three days. The interested buyers will have a chance to win what Asus is calling 'the ultimate gaming weapon' on completing each mission.

"Gamers, assemble! We’ve got a series of covert missions for you coming up. On successfully completing each mission, you get a chance to win the ultimate gaming weapon, the Asus ROG Phone II. So lock and load your grey matter and get ready to #CrackTheCode," Asus India tweeted.

The Asus ROG Phone II features a 6.59-inch AMOLED display that oofers a 120Hz refresh rate. The smartphone will be powered by Qualcomm’s flagship Snapdragon 855 Plus chipset, paired with Adreno 640 GPU. In fact, it could be the second smartphone after the OnePlus 7T series to be powered by that chipset in India. The smartphone is expected to come with 12GB RAM and 512GB UFS 3.0 storage option.

The phone comes with a dedicated 3.5mm audio jack and sports four microphones onboard. It will come with vents that direct the heat from the vapor chamber to the external vents and Asus will also offer a second generation AeroActive Cooler II in the box.

The smartphone packs a massive 6000 mAh battery with support for 30W ROG HyperCharge as well as Quick Charge 4.0. For optics, you get a similar setup like the Asus 6z, sans the motorised camera. The ROG Phone II will come with dual rear camera setup with 48-megapixel Quad Bayer sensor, paired with a 13-megapixel ultra-wide-angle lens. On the front, you will get a 24-megapixel camera for capturing selfies.