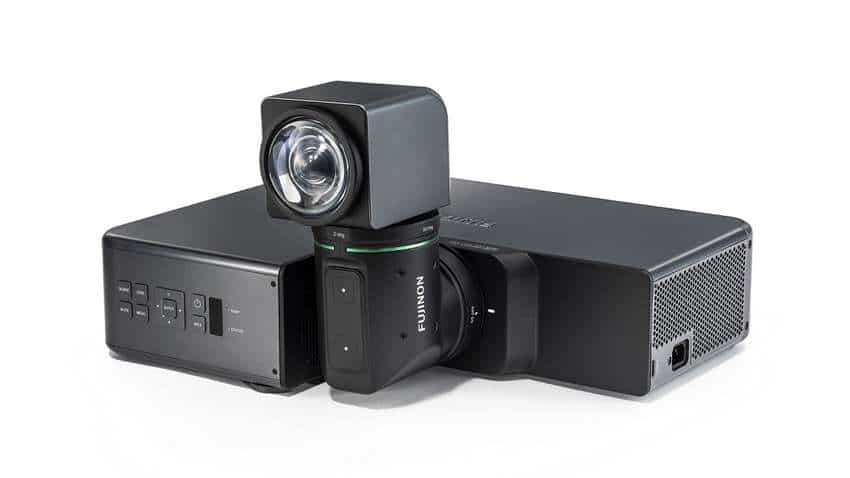 Fujifilm has launched a new projector in India which features world’s first folded two-axial rotatable lens. Called the Z5000, the projector allows omnidirectional image projection without moving the main projector unit. Fujifilm claims that the new projector comes with world’s first six direction projection with a total of 22 pattern variations. The lens can face up, down, front, rear, left and right to project images in various directions without having to move the main unit.

The projector will not only work on walls or screens but also on the ceiling and floors. It can also switch between vertical and horizontal display. The company believes that the new projector is an ideal fit for retail stores or art galleries and museums, where installation space is limited.

"FP-Z5000 marks our entry into projector market. We are committed towards bringing the best of global technology to the country. Its omnidirectional image projection and ultra-short throw lens makes it an ideal choice for anyone looking for a projector solution. As an imaging solution company, we are excited to expand our businesses and enter the projector market. Being one of the leading player in medical imaging and camera industry, with this launch we want to revolutionise the projector industry in India and across the globe," Haruto Iwata, Managing Director, Fujifilm India Pvt Ltd. said.

The projector claims to project  powerful images on a massive 100-inch screen from a close-up distance of 75cm.

The Fujifilm Z 5000 has been priced at $9700. This translates to roughly around Rs 6,90,572. The projector is not selling in India as of now but the company tells Zee Business Online that it will soon be available through its offline channels.