Some of the companies to unveil their latest products include Samsung, Acer, Asus, Dell, Bosch, among others. 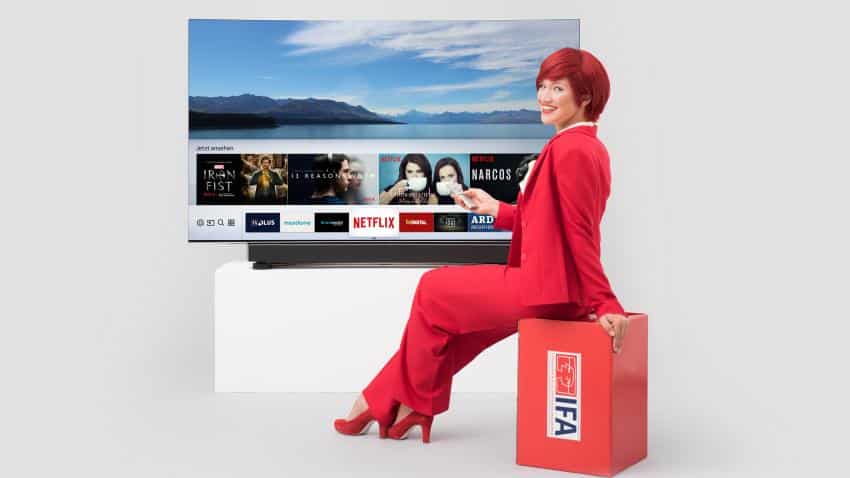 The Grand Gadget Sale: Here are top 10 offers on laptops, cameras, others from Flipkart

One of the biggest tech shows in Europe the IFA 2017 currently kicked off in Berlin and will see some of the high profile announcements and unveiling of products over the next six days starting September 1.

Companies such as Samsung, Sony, Panasonic, Acer, Dell and Alienware, Asus, Electrolux, Bosch, among others are expected to unveil their latest products at IFA 2017.

While Samsung launched the Galaxy Note 8 last week in New York, the company certainly has a lot of gadgets up its sleeve to unveil at IFA 2017. The Korean giant will unveil two new wearables, new appliances and some TVs for the European market, according to Cnet.com.

Samsung will also unveil the new Icon X 2018 wireless headphones which has 5 hours battery life. This is three times more than its predecessor.

In terms of appliances, Samsung unveiled its new QDrive washing machine, which can do a full load of washing in half the time. It is also expected to launch the new Powerstick Pro cordless vacuum.

In terms of its TV, Samsung announced it will unveil a smaller 43-inch version of its Frame TV and a flat Q8 QLED TV for the European market.

Acer will unveil plenty of new PC models at the IFA 2017. The highlight is the Switch 7 which comes with a fanless design despite coming with a Core i7 CPU and GeForce MX150 dedicated graphics processor.

For gaming, Acer has Orion 9000 PC tower which has an 18-core Intel Core i9 Extreme, four-way Radeon RX Vega or dual GeForce GTX 1080 Ti GPUs and up to 128GB quad-channel DDR4 RAM.

Acer also will unveil the Holo360, an Android-based 360 camera with a touchscreen and the Pawbo Munch, an interactive treat dispenser for pets.

Asus too has all new line of products such as ZenBook Flip 14, which is the world's thinnest two-in-one laptop with discrete graphics. The Flip 14 weighs just 1.4kg, but has an 8th-gen Core i7 quad-core CPU with 16GB RAM, Nvidia GeForce MX150 graphics and a 512 GB solid-state drive.

It will also unveil the larger ZenBook Flip 15 that has a higher graphics card with an Nvidia GeForce 1050 GPU and up to a 2TB HDD and 512 GB SDD.

Dell and its gaming subsidiary, Alienware, have a lot of PC and accessory upgrades to unveil at IFA 2017. The most anticipated will be the updated version of the Dell XPS 13, and Inspiron 5000 and 7000 laptops.

All these will be getting the new 8th generation Intel Kaby Lake R processors. It will also showcase the upgraded budget Inspiron 15 7000 gaming laptop with an Nvidia GTX 1060 video card.

These washing machines will also have integrated touchscreen displays, auto-dispensing detergent reservoirs and sensors to help determine the right amount of water.

German appliance company Miele will unveil a robot vacuum with twin cameras called Scout RX2 at IFA 2017. It also unveiled the Dialog Oven which uses electromagnetic waves to cook the food, the same as in microwaves.

The Grand Gadget Sale: Here are top 10 offers on laptops, cameras, others from Flipkart