Free of cost! You may get OnePlus 7 Pro - Just do this

OnePlus is just one week away from unveiling its latest flagships. For the first time, the Chinese smartphone manufacturer is set to launch its smartphones in three countries simultaneously - the United States, UK and India. 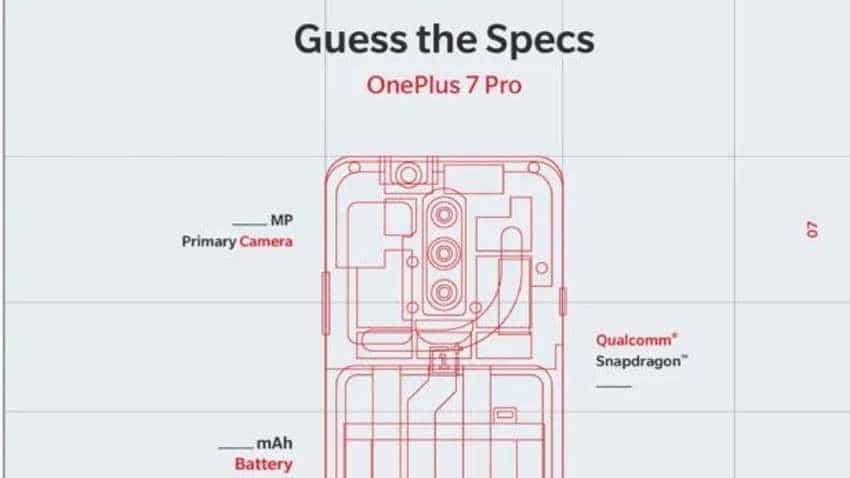 The contest requires participant profiles and tweet/posts to be public. Source - image capture.

OnePlus is just one week away from unveiling its latest flagships. For the first time, the Chinese smartphone manufacturer is set to launch its smartphones in three countries simultaneously - the United States, UK and India. And, the company is leaving no stone unturned to make the launch event a massive hit. As part of its promotions, OnePlus is giving a chance to win free OnePlus 7 Pro. On Tuesday, the company gave advertisements in leading newspapers across India, asking users to guess the primary camera configuration, name of the processor, highest RAM configuration and battery capacity of the OnePlus 7 Pro.

The contest started at 00:01 AM on May 7 in India and will end on May 8 at 11:59 PM. The winners of the contest will win 7 OnePlus jerseys and one contestant will be provided with OnePlus 7 Pro smartphone. The participants need to send their entries to Facebook, Twitter and Instagram account of OnePlus India.

The contest requires participant profiles and tweet/posts to be public. OnePlus will announce the name of the winners through OnePlus Forums.

Earlier, OnePlus had announced that the new smartphones will be launched at Bangalore International Exhibition Centre, Bengaluru on Tuesday, 14th May 2019 at 8:15 pm IST in what is company's biggest launch event yet. "This milestone event will be joined by the OnePlus community who continue to help build and shape OnePlus. Together, we will celebrate the unveiling of the newest OnePlus devices with the biggest ever community event throughout company history with global launch events and an estimated turnout of more than 8,000 attendees worldwide," OnePlus had said in a statement.

The smartphone is expected to come with a curved and notch-less AMOLED display of 6.67 inches. It will produce full HD+ resolution and 90 Hz refresh rate. It will be powered by Snapdragon 855 and is expected to sport a big battery of 4,000mAh capacity that will carry support for 30W Warp Charge.