Flipkart to offer discounts on gaming consoles; Xbox One S for under Rs 29,000

A host of offers on gaming consoles by Flipkart will be unleashed tomorrow at its Add to Heart sale. 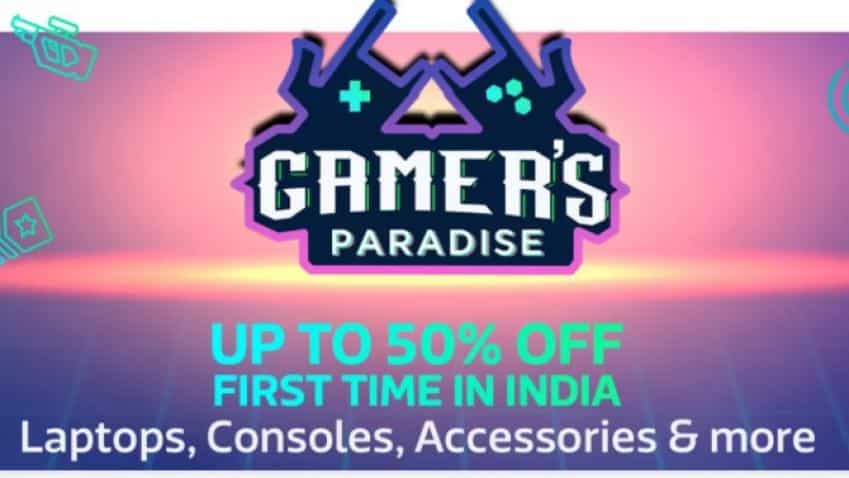 “Up to 50% off first time in India on laptops, consoles, accessories and more,” Flipkart’s website reads.

Flipkart is trying to serenade the gaming fanatics in India to promote sales.

One of the deals listed on its sites is the Microsoft Xbox One S which will be available for a starting price of Rs 28,990.

This gaming console has 500GB and will also be sold with the game Assassin's Creed Origins.

It is also being offered with an additional 5% off on payment with Axis bank Buzz credit card.

EMI option starting at Rs 991 per month is also available on this product.

Other offers on the same gaming console will come pact with games like –  Shadow of War and Forza Horizon 3.

The 1TB version of the Microsoft One S will be available for Rs 34,990 on the site. The 1TB version will come with two games on purchase of a single console.

The options up for grabs include - Assassin's Creed Origins, Rainbow Six Siege and Forza Horizon 3.

EMI on these consoles begin at Rs 1,179 per month, Flipkart said.

In addition to this, Flipkart is also giving away 10% instant discount on SBI credit cards to customers.

Deals on laptops include near 50% off on the Acer Predator Core i5 and i7 and the MSI Core i7.

Flipkart is also launching two new smartphones on its website on December 7. Redmi 5A launched by Xiaomi will be on sale starting from Rs 4,999.