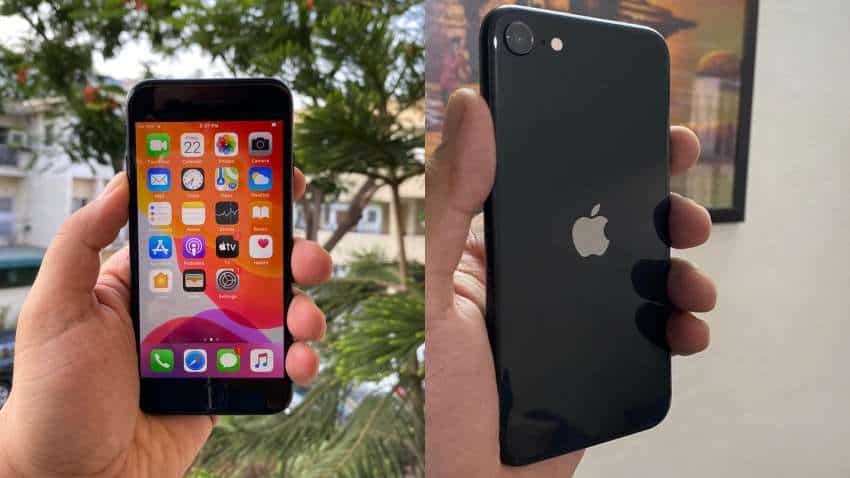 Launched at Rs 42,500, the Apple iPhone SE could be yours for as low as Rs 23,549
Written By: ZeeBiz WebTeam
Edited By: Harish Dugh
RELATED NEWS

Flipkart Big Saving Days sale: The Flipkart Big Saving Days sale has gone live on August 6 and will continue till August 10, during which customers will have a chance to get exciting deals and discounts on smartphones and other products. During the sale, customers have a chance to buy Apple iPhone SE (2020) at the best price possible. Launched at Rs 42,500, the Apple iPhone SE could be yours for as low as Rs 23,549.

As part of the Flipkart Big Saving Days sale, the Apple iPhone SE 2 is selling for 36,999. On top of that, Flipkart is offering an additional discount of up to Rs 13,450 in exchange for your old smartphone, effectively bringing down the price to Rs 23,549.

Not just this, you can get an extra 10 per cent discount if the purchase is made using CITI Credit and Debit Cards or ICICI Bank Credit Cards.

The device is available in 64GB, 128GB and 256GB variants. The new iPhone SE looks almost exactly like the iPhone 8 and is powered by an Apple A13 Bionic chipset which was also used on the iPhone 11 Pro and 11 Pro Max.

The major change is in terms of the form factor. The new smartphone comes with a 4.7 inch Retina display and company’s Touch ID fingerprint sensor which is present under the screen. The original iPhone SE was launched back in 2016 and brought back the iPhone 5S’ design to the market.

The phone has a single camera at the back with a 12 megapixel sensor and Apple claims that it has company’s Smart HDR feature for better photography. Apple has also added a new “monocular depth estimation" feature to offer the Portrait Mode on this phone. The new smartphone supports wireless and fast charging.