The flash memory market in India has started to decline with smartphones that have now increased internal memory spaces and rollout of GST. 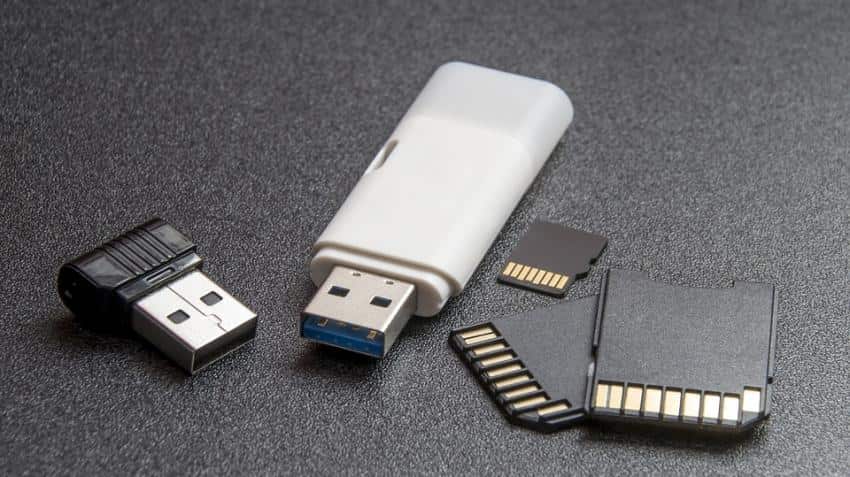 The Indian consumer storage flash memory market comprising of Micro SD cards, flash drives, SD cards and pen drives registered a 53% fall in units shipped in the first quarter of FY18 (Q1 FY18) as against the same period a year ago.

The total number of units shipped amounted to 1.16 crore at the end of the quarter, CMR Insights report said on Thursday.

The units shipped were 8% lower than the previous quarter – Q4 FY17.

The growth of internal memory in smartphones led to the decline of demand of these external hardware options, the report said. This fall in units shipped was also attributed to the Goods and Services Tax (GST) which is now at 18% for flash drives.

However Micro SD cards registered a 2% growth from the previous quarter with total number of units shipped in the quarter at 69 lakh from 68 lakh in Q4 FY17.

“The Micro SD Cards are the largest contributor to the consumer storage flash memory market and therefore, the growth of large internal memory mobile phones has influenced the sector a lot. Lot of price variations among the branded products resulted in the stocks accumulation in 2Q CY 2017, this became one of the major factors of decline of overall Consumer Storage Flash Memory Market in 2Q CY 2017,” Shipra Sinha, Analyst, Consumer Storage Flash Memory Market.

She further added, “The sales were largely affected especially in June 2017 because of current Modi Government’s plan to introduce Goods and Services Tax (GST) in July 2017.The plan to launch GST forced the brands to buy very limited stocks which they could sell in that same period. Hence GST became the second most important factor of decline of Consumer Storage Flash Memory Market in 2Q CY 2017.” 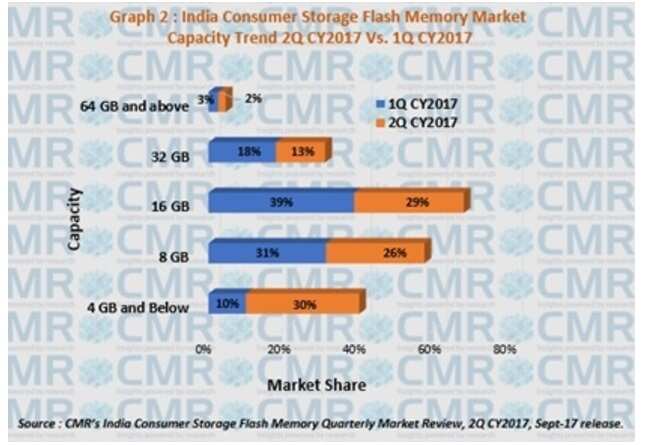 The most popular brand in the flash memory market was SanDisk however the report said its market share had decreased from 50% in the previous quarter to 41% in Q1 FY18. “Going forward the market will witness a shift towards higher capacity segments because of almost all major vendors moving towards implementing 3D Flash Technology in their manufacturing process,” Shipra added.