Even though all the launches have been postponed for now, Realme has no plans to change the overall strategy, revealed Realme Vice President and Realme India CEO Madhav Sheth, in an exclusive interview with Zee Business. 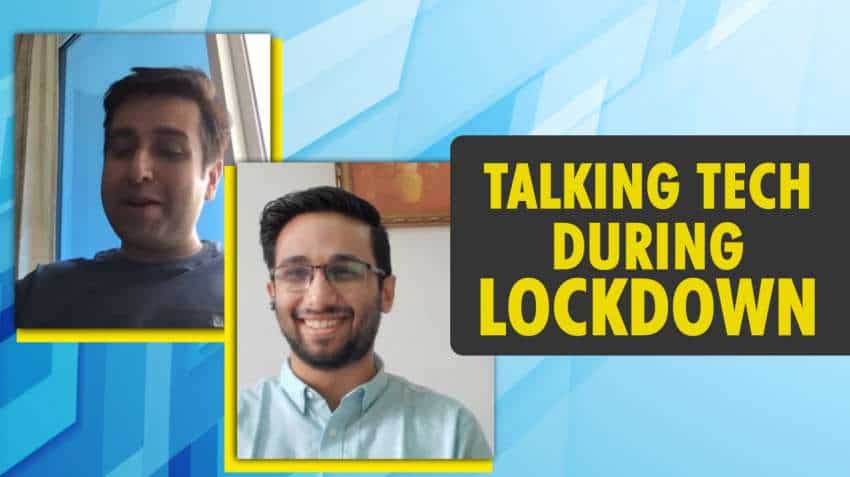 The lockdown came at a difficult time for Realme which was getting ready for some big launches including the Nazro series.
Written By: Manas Tiwari
Edited By: Harish Dugh
RELATED NEWS

Smartphone maker Realme is planning to go ahead with all its upcoming launches in the same order, when the lockdown gets over. The company has been preparing for its new Nazro series launch when the lockdown was announced and was also expected to unveil its first ever smart TV. Even though all the launches have been postponed for now, Realme has no plans to change the overall strategy, revealed Realme Vice President and Realme India CEO Madhav Sheth, in an exclusive interview with Zee Business.

“Everything has been postponed for now to the new timelines. Once things improve and we get the exact timelines, we will launch the Nazro series as well as the Realme TV. We are not cancelling any of the launches. All the launches are likely to be pushed back in the same order. However, we are just waiting for the lockdown to get over and might re-evaluate things,” Madhav Sheth.

He added that this is not even a right time to launch a product online. We are instead spending the time to make our customers aware,” he said.

The lockdown came at a difficult time for Realme which was getting ready for some big launches including the Nazro series. The smartphones were initially scheduled for live online launch but the company then opted for a recorded event, before cancelling it altogether.

“This is an unprecedented situation so we were not at all prepared for it. We knew about the Janata Curfew but there was no information on the lockdown. We were preparing for the launch of Nazro series, there were a few other IoT products that we were planning to unveil and the Realme 6 series had just launched too. It was the biggest launch for us,” Madhav said.

The Realme 6 series was launched in an empty stadium, in a last minute decision to avoid mass gathering.

“We were planning to host about 1500 people. But, we had to eventually do it in an empty stadium. We can cancelled the event for the safety for Realme fans,” Madhav said.

However, he said that the lockdown will not have any impact in company’s overall strategy as it now plans to achieve its targets in lesser time.

“The world has come to a standstill. But, all are plans are still in place. We have not changed anything. Yes, the timelines have been changed. We will still go ahead with all our launches,” Madhav said.

“Q1 was a very tough quarter for the smartphone industry. The COVID-19 outbreak in China started in January because of which the supply chains were hit. Then, there was the dollar disruption. Now, the GST rates have been increased. All of these have added extra burden on us,” he added.

The Realme India chief said that despite these challenges, the company managed to stay at the number 3 spot in India in both online and offline markets. He said that Realme is optimistic that it will match its targets even this year.

The Realme CEO is using the break to look back at the decisions he made over the 12 or 18 months. He said that the break is allowing him to re-evaluate all the decisions company has taken.

“It is also important to identify the mistakes you made, and correct them,” he said.

Asked how is he spending his time during lockdown, Madhav said, “I have been quite busy, we do a lot of video calls so I keep seeing my team almost every day. This isolation was much required for India. Personally, I was missing reading books. I have used this opportunity to finish as many books as I can. These days I am reading a book called ‘From Good to Great’ by Jim Collins. It is about how you can have a journey from being a good to a great company.”

While his schedule remains largely the same. Madhav has been a bit reluctant to pick up a new hobby.

“My schedule hasn’t changed much. I have this habit to getting up at 5 am and start my day with Yoga. I am still doing it. I have made a workstation at home. By 8:30 am, I am on it. Anything I pick up, I have to do it for a long time. I can’t just pick up a hobby and then leave it. But yeah, there are always some short term activities too. I have been missing cooking. It gives you a different perspective towards things. I might try it soon,” he said.

However, his biggest contribution at home these days is to stay away from things.

“My biggest contribution at home these days is to stay away and not make things messy. At least my family things so..ha, ha,” Madhav concluded.