Elon Musk is building floating spaceports at least 35 kms from the coastline and would be used for launching starship rockets to the Moon, mars and even hypersonic travel around Earth 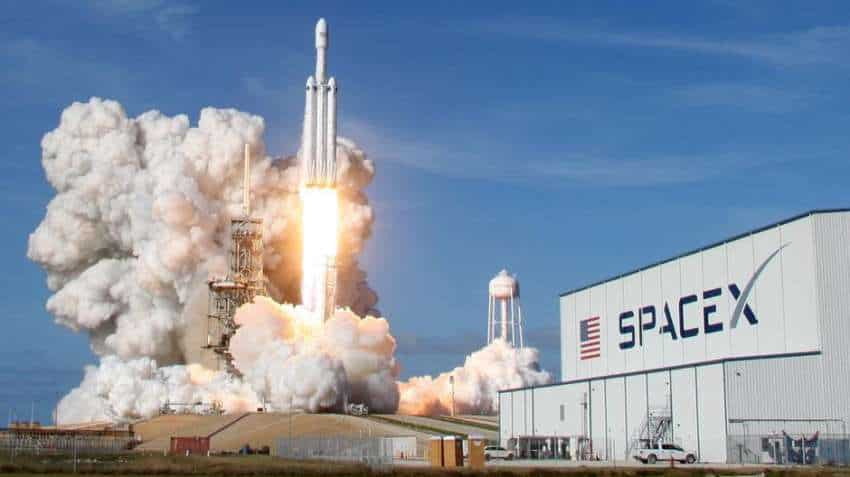 The floating spaceports would be accessed via tunnels dug under the water and Musk-owned The Boring Company would construct those. Source: reuters
Written By: IANS
Edited By: ZeeBiz WebTeam
RELATED NEWS

Elon Musk is building floating spaceports at least 35 kms from the coastline and would be used for launching starship rockets to the Moon, mars and even hypersonic travel around Earth. The floating spaceports would be accessed via tunnels dug under the water and Musk-owned The Boring Company would construct those.

Starship is the next-generation transportation system designed to take people to and from the moon, Mars and anywhere on Earth.

Musk had earlier tweeted that most Starship spaceports will probably need to be around 35 kms offshore for "acceptable noise levels".

The offshore operations engineer will "work as part of a team of engineers and technicians to design and build an operational offshore rocket launch facility," read the job posting.

He "would own the execution of system build and commissioning projects in the field. Projects could range from large scale construction ops, lifting and rigging plans to the implementation of fluids or controls systems".

The position is located in Brownsville, Texas, close to SpaceX`s testing site in Boca Chia.

"Today SpaceX is actively developing the technologies to make this possible, with the ultimate goal of enabling human life on Mars," said the company.

Musk also said that the floating spaceports would not affect people living on land.

"We need to be far enough away so as not to bother heavily populated areas. The launch & landing are not subtle. But you could get within a few miles of the spaceport in a boat," he further tweeted.

The SpaceX CEO revealed last year his space agency is planning to develop floating "spaceports" for his next-generation Starship rocket.

Musk has told his SpaceX staff to make Starship spacecraft top priority and speed up progress on the super-heavy rocket.

Starship is the heaviest rocket for space tourism and long-distance trips and represents a truly reusable rocket with fast turnaround times that make spaceflight more accessible.

But the Starship prototype has faced four failed tests since the project began late last year.

"Please consider the top SpaceX priority (apart from anything that could reduce Dragon return risk) to be Starship," Musk wrote in an email to employees.

Marking the beginning of a new era in the US space programme, the SpaceX Crew Dragon spacecraft carrying NASA astronauts Robert Behnken and Douglas Hurley successfully docked with the International Space Station (ISS) on May 31.

SpaceX is developing Starship with the goal of launching as many as 100 people at a time on missions to the moon and Mars.