Demand for premium smartphones converge in Q2 FY18; who will emerge victorious?

It looks like we've reached an intersection point among the top three premium segment smartphone brands in India. All eyes on OnePlus as it emerges as a dark horse in this race. 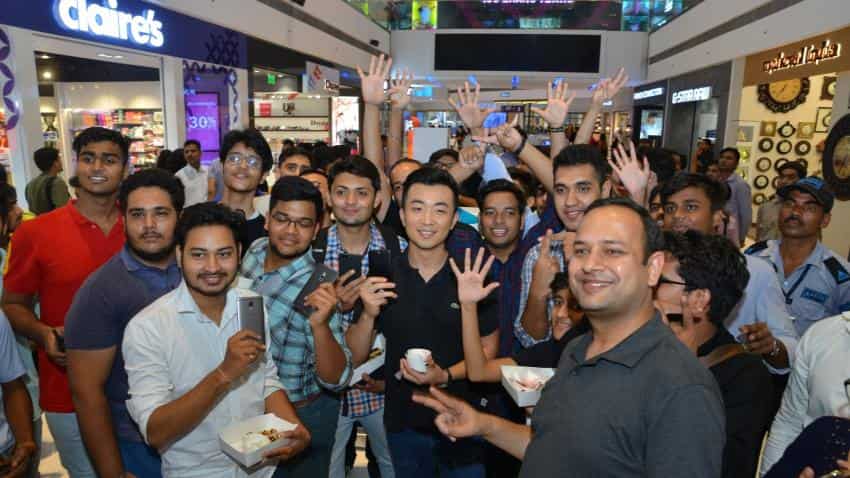 Demand for the top three premium selling smartphone brands in India has reached a point of convergence in the second quarter of this financial year.

“Three brands, Apple, OnePlus and Samsung together controlled 98% of the total shipments in the premium segment. OnePlus is the new entrant in the segment and immediately captured a third of the segment breaking the Apple and Samsung duopoly,” Karn Chauhan, Research Analyst at Counterpoint Research said.

Reason for its surge in popularity was its growing emphasis as a ‘high-spec, well-built’ smartphone brand.

“Most of the growth for OnePlus came from attracting Android users (which is 97% of the market) away from Samsung with a stronger alternate high-spec well-built Android alternative offering.”

“OnePlus in just one quarter surpassed the market leader Samsung to capture second spot behind Apple in the fast growing premium segment,” the report said. 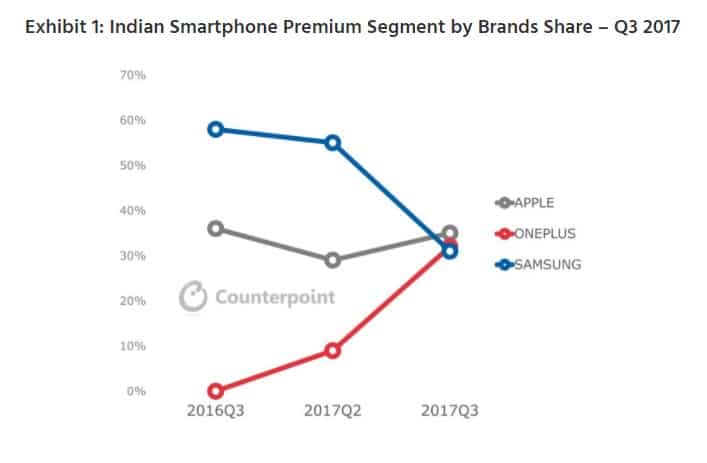 In terms of the best-selling phone during the quarter, OnePlus 5 emerged victorious.

Fifth generation flagship device of the Chinese smartphone maker had a leading market share of 32% in Q2 FY18.

On the other hand, Apple’s iPhone 7 had 15% share and Samsung S8 Plus stood at 10%, a report by Counterpoint Research said.

The recently released OnePlus 5T also offers similar specifications to the iPhone X but for half the price.

“Models such as OnePlus 5 which are high-spec device but cost almost 40-50% lower than competition’s offerings are actually attracting lots of mid- to high–tier users to premium segment which is eating away into the share of established brands such as Samsung and Apple,” Chauhan added.

Also Read: How the OnePlus 5T stacks up against Apple’s iPhone X