As per the leaked video, OnePlus could sport a slider camera. It is expected to have a pop-up camera like Vivo NEX, or motorized unit like Oppo Find X. 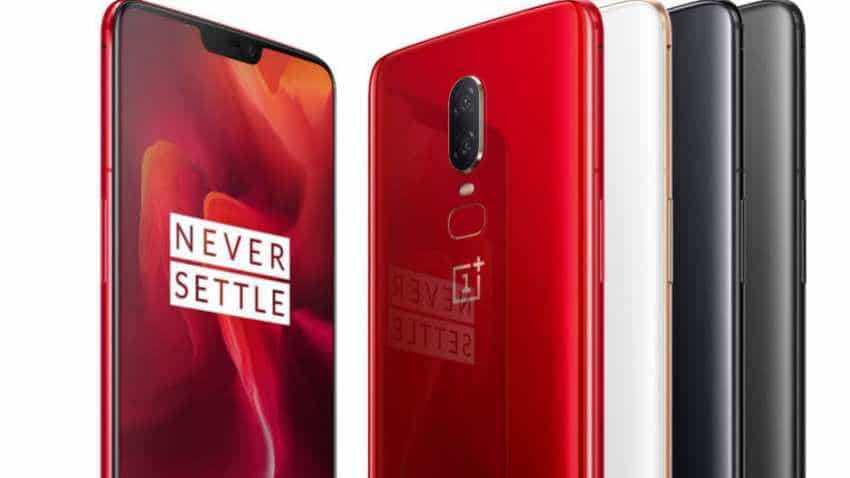 OnePlus is now working on its next flagship smartphone, Image source: Official Website

Chinese smartphone maker OnePlus is now working on its next flagship smartphone - OnePlus 7. OnePlus which had one of the most anticipated launches so far has created the sensation among the customers. According to BGR report, OnePlus 7 might feature a full-screen design and not punch-hole.

As per the leaked video, OnePlus could sport a slider camera. It is expected to have a pop-up camera like Vivo NEX, or motorized unit like Oppo Find X. It can also have a manual slider like the Mi Mix 3. One of the differences between OnePlus 6T and OnePlus 7 would be the latter will have a full-screen or punch-hole design. Whereas OnePlus 6T had a tiny waterdrop notch.

Reportedly OnePlus 7 is expected to be powered by Qualcomm Snapdragon 855 SoC clubbed with the X50 modem. The leaked image has One Plus 6T and OnePlus 7 side by side and the appearance shows that the expected phone has no notch.

As per the reports, Pete Lau, CEO of OnePlus, was found with alleged OnePlus 7. In an image, Lau was seen attending an internal meeting discussing next flagship of OnePlus smartphone. It is also been said that the device on the presentation slide was similar to the device of Lau which was white or silver color in his hands. The phone had a huge circular camera bump on its back.

So far the company has not stated any comment on these features and specification, but this image has surely wowed the customers and this launch will definitely give stiff competition to its rivals in the market.

Talking about the last flagship One plus 6T which was launched last year in October is extremely responsive having the latest and greatest Android software and outstanding RF performance. The device has  6.41-inch touchscreen display with a resolution of 1080 pixels by 2340 pixels. Also has the Solid battery life powered by 3700mAh non-removable battery and octa-core (4x2.8GHz) processor. The phone has 16-megapixel primary camera, 20-megapixel secondary camera and 16-megapixel front shooter.

Nord forays into wearable category with 1st Watch in India