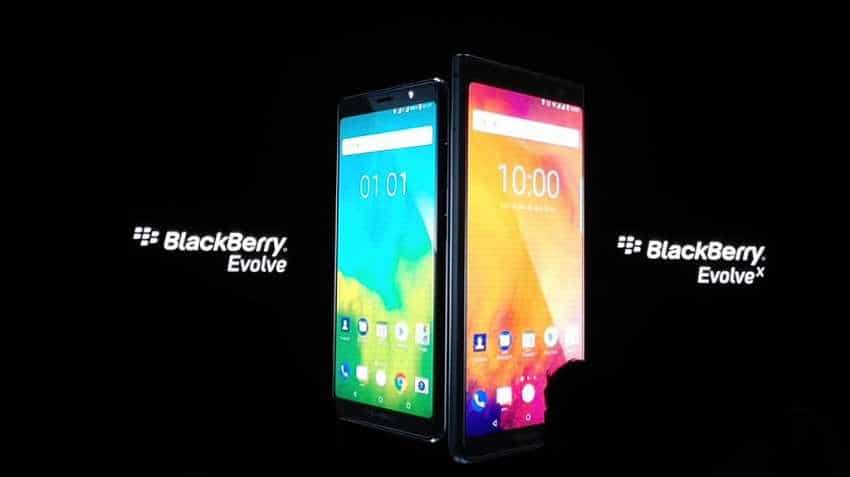 Last month Blackberry launched BlackBerry Key2, which is priced at  Rs 42,990. One of the main differences between Key2 and  Evolve and Evolve X is that the later two comes with fully touchscreen whereas, the former offers a QWERTY keyboard interface. Evolve also features slightly rounded edges and Evolve X has a boxy appearance. The phones will be available exclusively in India.

BlackBerry Evolve Price and Specifications
The device which has been launched in India today features a 5.99-inch display with Full HD+ resolution of 2160 x 1080 pixels and 18:9 aspect ratio. It is powered by Qualcomm Snapdragon 450 chipset coupled with 4GB of RAM and 64GB internal storage. There is a rear-mounted fingerprint sensor and the smartphone features aluminum unibody.

Evolve runs Android Oreo with a suite of BlackBerry security applications including BlackBerry launcher. The device is priced at Rs 24,990 and will be available via Amazon India by the end of this month.

The smartphone sports a 5.99-inch Full HD+ display and is powered by Qualcomm Snapdragon 660 CPU. The device comes with 6GB of RAM and 64GB internal storage.

Priced at Rs 34,990, the device will be available on Amazon from mid-September.