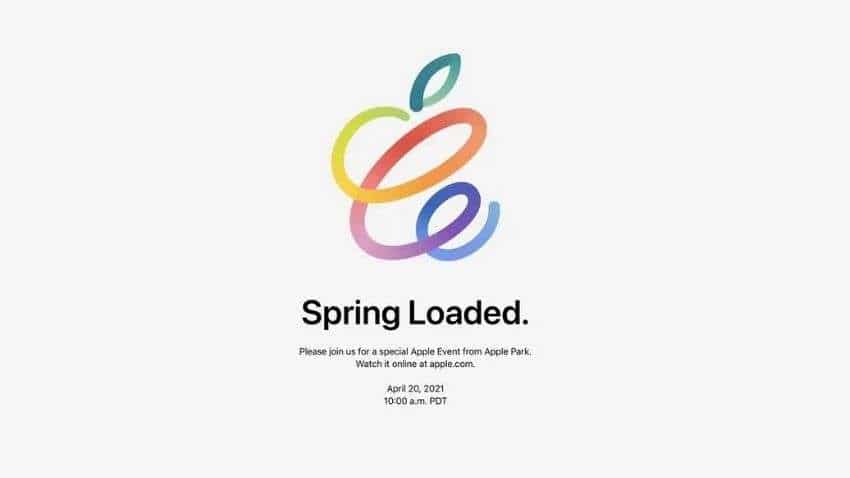 The US tech giant hasn’t revealed the products that will be showcased at the online event. Source: Apple
Written By: Bharat Upadhyay
Edited By: Harish Dugh
RELATED NEWS

Apple Spring Loaded event: It's official! hours after Apple's trusted voice assistant Siri revealed details related to Apple’s next event, the company has officially confirmed the event. Apple’s ‘Spring Loaded’ event will take place on April 20. The US tech giant hasn’t revealed the products that will be showcased at the online event.

However, many reports suggest that several devices will be announced starting with new iPad Pros. According to a report from BGR India,  will announce 11 and 12.9-inch iPad Pro, which are expected to sport a similar design as the last year’s models. It is said that the larger iPad Pro version will be Apple’s first with a Mini LED display.

The tablets are said to use the M1 chip that Apple used in its recent Macs, better camera sensors and more. In addition to the new iPads, Apple could announce AirTags and also the company’s AirPods 2 True Wireless Earbuds.

Apple previously confirmed to host its developer conference dubbed Worldwide Developers Conference (WWDC) 2021 on June 7 at 10:30pm IST. At the June event, the US based tech giant is expected to announce the next iteration on iOS, MacOS, TVOS, iPadOS, and more.

Meanwhile, some new reports have also revealed that the next-gen iPhone 13 Pro lineup may come with 120Hz ProMotion display for the first time. According to AppleInsider, low-temperature polycrystalline oxide (LTPO) displays have been rumoured for the iPhone for about two years.