I have been using the Samsung Galaxy Note 20 Ultra 5G for the last 48 hours and while few of its features have really impressed me, there are other aspects that leave you asking for more. Here is a quick look at them. 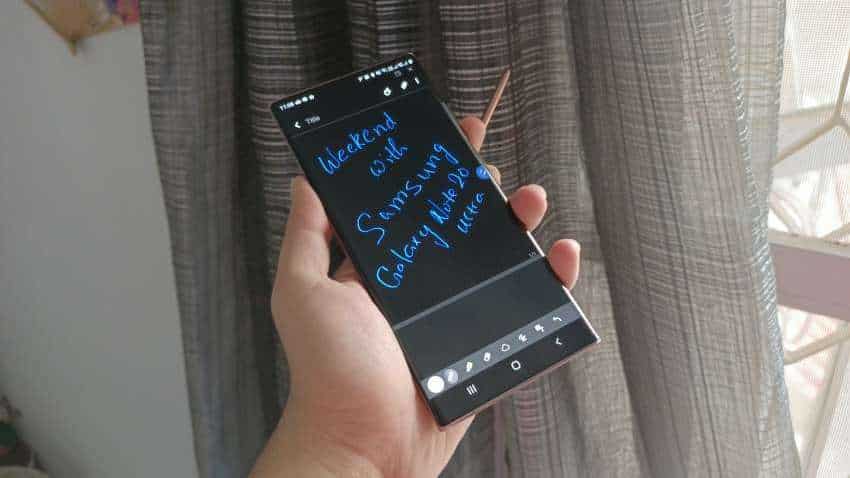 The Samsung Galaxy Note 20 Ultra 5G landed on my door just in time for the weekend, allowing me decent time with this flagship smartphone, launched just last week at Rs 1,04,900 in India. Over the last decade, the Note smartphones have built a legacy of their own, creating a new phablet category. This is why every smartphone user eagerly awaits the new Note line up, irrespective of the fact whether they can afford it or not!

This year, the South Korean electronics giant launched two smartphones as part of the series - the Galaxy Note 20 and the Note 20 Ultra – the latter arriving with 5G support in the country.

The Note 20 has been trimmed but, it’s the heavyweight Galaxy Note 20 Ultra, that I was really looking forward to. The smartphone justifies the Ultra tag by offering some inhuman specs. To point out few, it has a 120Hz screen refresh rate, a gorgeous design, 108-megapixel camera and an improved Stylus S Pen.

I have been using the Samsung Galaxy Note 20 Ultra 5G for the last 48 hours and while few of its features have really impressed me, there are other aspects that leave you frustrated. Here is a quick look at them.

First of all, the Samsung Galaxy Note 20 Ultra 5G is the most handsome smartphone I have ever held. And, that’s when I hold a new one almost every week. It takes the design-game to a new level with Samsung’s ‘noteworthy’ choice of colours and decision to opt for matte finish at the back. The giant piece of tech has been crafted from metal and glass with the glossy rear panel on last year’s Galaxy Note 10+ replaced by a frosted glass finish. 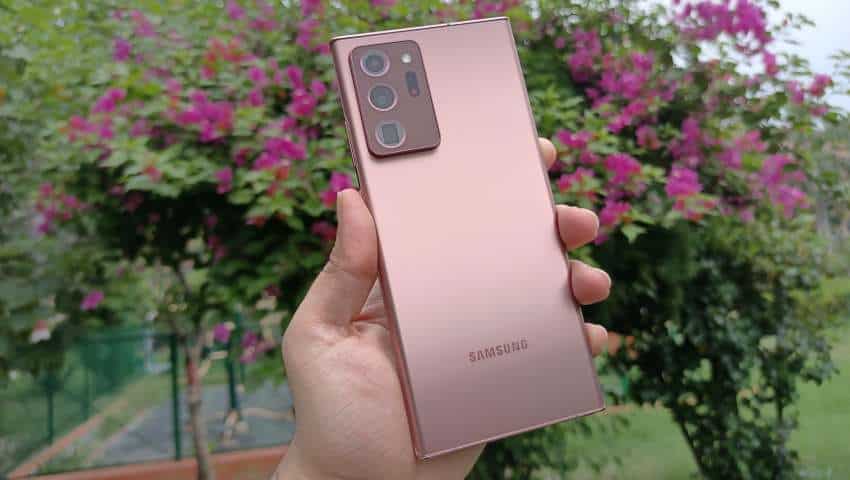 The smartphone has been launched in three colour options - Mystic Bronze, Mystic White and Mystic Black. I got the first for review purposes and it looks absolutely gorgeous.

The Galaxy Note 20 Ultra features a gigantic 6.9-inch Super AMOLED display that supports 120Hz screen refresh rate and 1440p video quality. This is basically the same display that we had seen on the S20 Ultra earlier this year but had me in awe once again. Going beyond the numbers, it’s the experience of using that massive screen with impeccable smoothness for streaming, typing or simply browsing, that makes the difference. 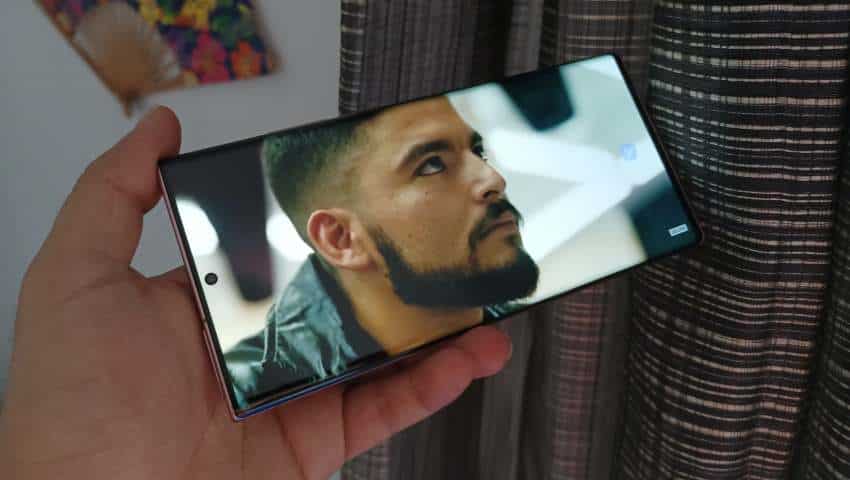 At the back, the Note 20 Ultra flaunts the biggest camera module I have seen on a smartphone till date, which makes it standout from anything in the market. I had my doubts about the damage-taking capabilities of this module but Samsung tells us that all the lenses are protected by Corning Gorilla Glass, which is reassuring. 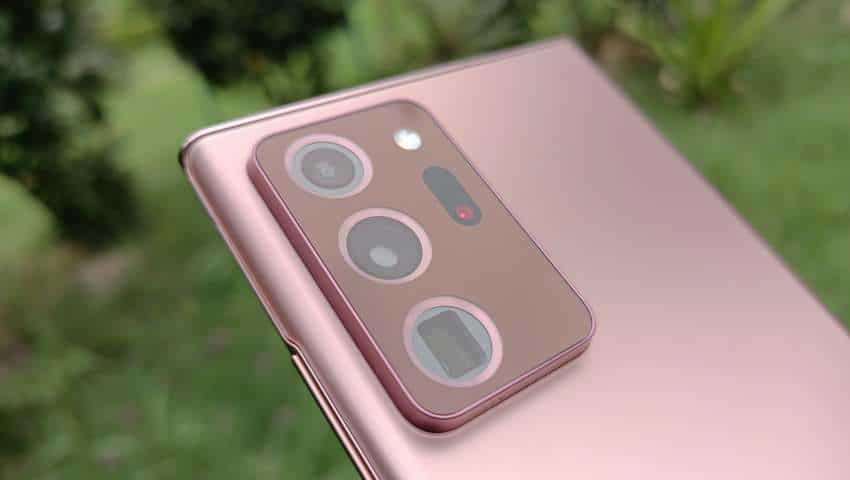 The setup comprises of a 108-megapixel main camera, a 12-megapixel ultra-wide camera and a 12-megapixel telephoto camera. It offers 3x optical zoom and 50x space zoom as well as supports 8K video recording. Samsung has done a great job of fixing the camera issues witnessed on its recent smartphones. I noticed that auto-focus has improved a lot and the camera now locks on to the subject fairly quicker. 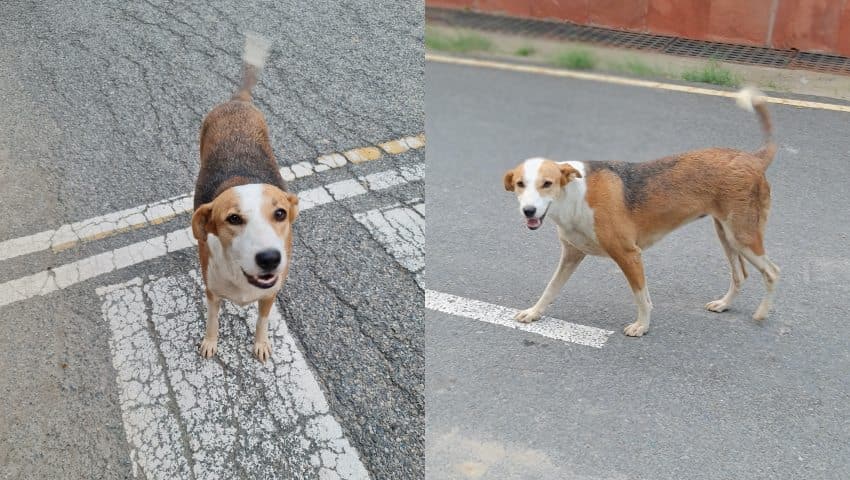 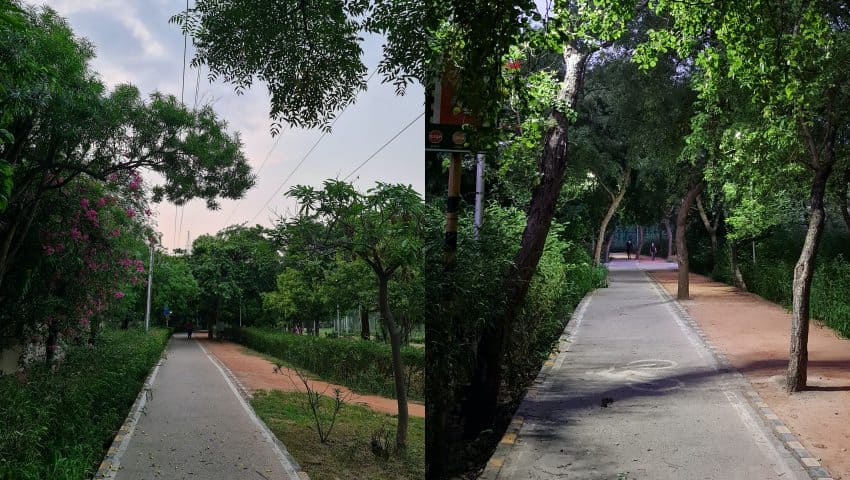 The image processing is strong too, which helped me click some really good images, that didn’t need any edits. Another thing that impressed me was the lowlight capabilities. This is something that the Note 10+ had struggled with but Note 20 Ultra takes steps in the right direction.

Samsung has managed to get eSIM support on the Note 20 Ultra 5G, which is probably the most under-rated and least-talked about feature of this phone. It allows you to replace at least one physical SIM with an eSIM and insert a microSD card (up to 1TB) to increase the internal storage of 256GB. For now, the eSIM service is available with Airtel and Jio. 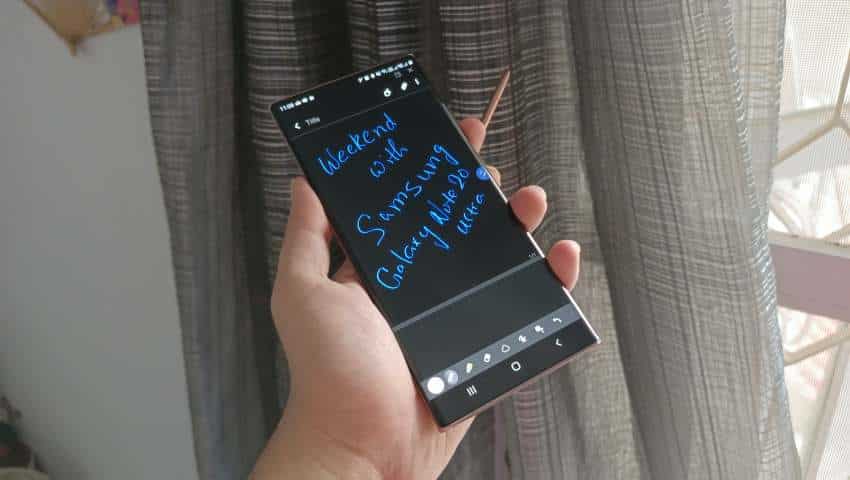 S Pen has always been a treat on the Note devices and it has received some major upgrades too. You get five new gestures this year and the latency has been brought down from 42ms to 9ms. You can clearly see the difference while using the S Pen. It has become super smooth and takes no time to register whatever you are writing or drawing. 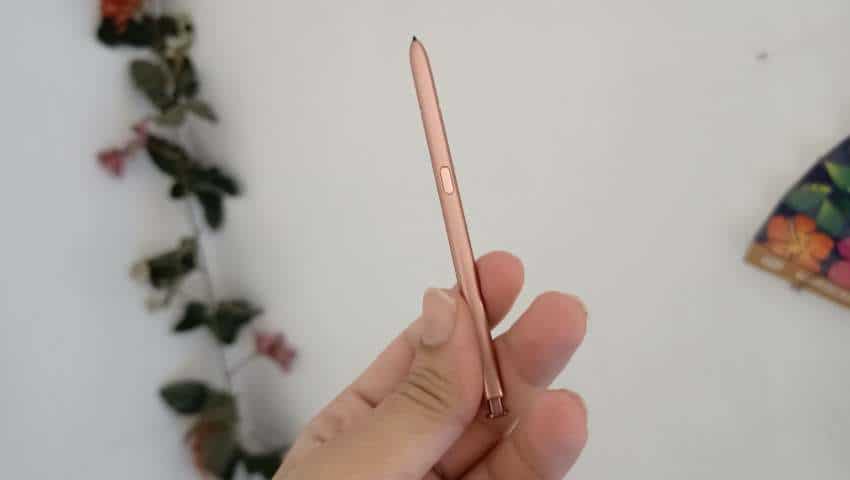 Lastly, you get a big enough 4500 mAh battery which comes with a 25W fast charger inside the box. A lot of people might complain that Samsung has downgraded from the 45W fast charging on Galaxy S20 Ultra but personally, I think 25W is more than enough. It helps company cut the cost and the adaptor is relatively compact too.

Samsung Galaxy Note 20 Ultra 5G: Where I Pulled My Hair

The Samsung Galaxy Note 20 Ultra 5G has got most things right. And, while there is not anything particularly wrong or bad about it, there are a few features which could have been better.

To begin with, it could have been priced slightly better. At Rs 1,04,990, the Galaxy Note 20 Ultra remains out of reach for most buyers. Interestingly, it has also been launched at a time when economies have been hit hard and pockets have become smaller. While I totally understand that they don’t sell art in colony shops on wholesale rates, this is a piece that deserved to reach more admirers. 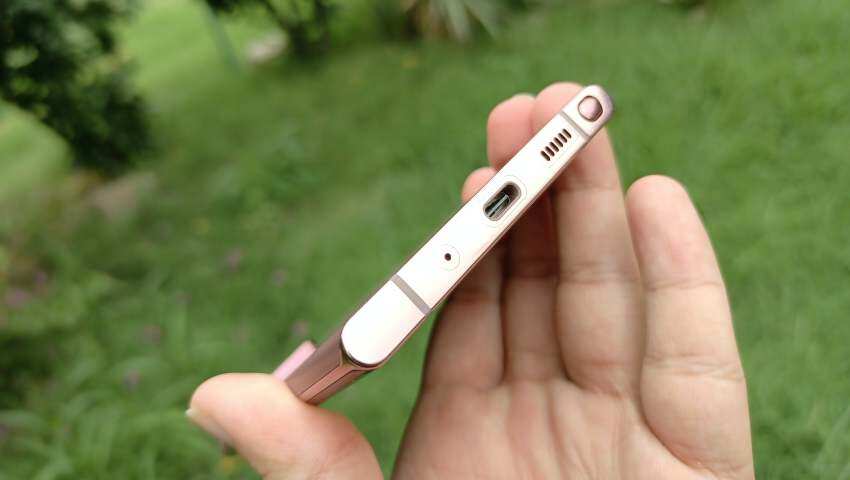 The smartphone obviously remains on the heavier and thicker side which makes it really difficult for single-hand use and might turn away a few buyers.

As good as the display is, it forces you to choose between 1440p and 120Hz refresh rate. Opting for the first, takes you to 60Hz refresh rate, eventually stopping you from using the smartphone at its full potential. This is something I had major problems with both on the Galaxy S20 Plus and S20 Ultra too and a solution is yet to arrive. 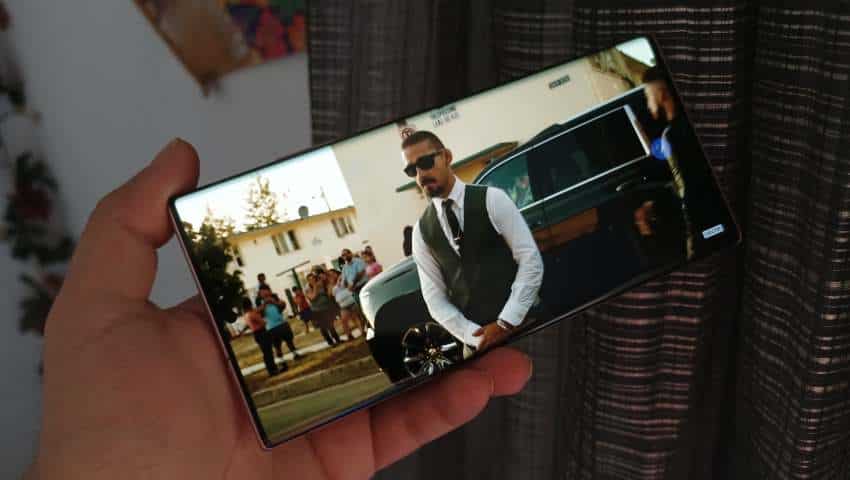 On top of the display, you get a beautifully placed 10-megapixel camera in hole punch design. The selfies are soft in some conditions. 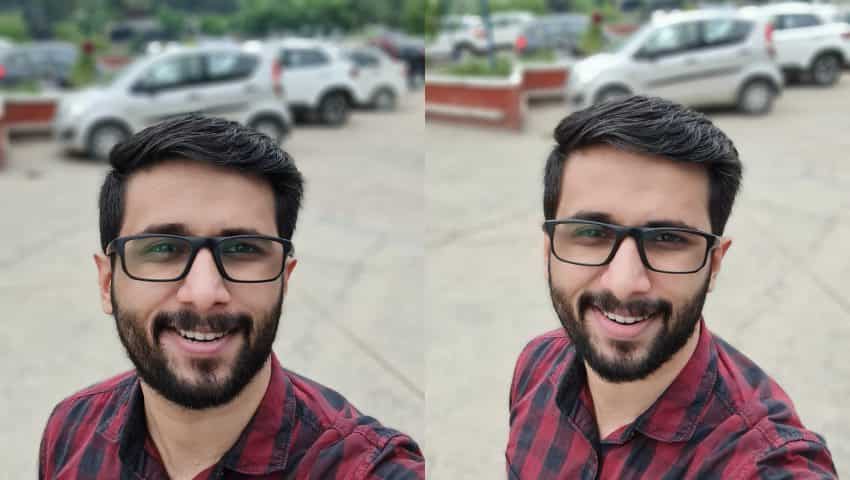 Lastly, let me the address the most talked about feature of the Galaxy Note 20 Ultra. It arrives in India with the same Exynos 990 SoC we on the S20 Ultra. Samsung has defended its choice and claims that the processor can take the workload. The lags are rare but the phone tends to warm during longer usage or while clicking images while zooming in. Yet, I would like to use the Galaxy Note 20 Ultra for a few more days, before passing the final judgement.

Over the weekend, I took the Galaxy Note 20 Ultra for my cycling sessions and managed to click some interesting images on the way. I used it to stream some content, play a few sessions of Call of Duty or to simply flaunt the design among friends (whoever I could meet). The compromises I had to make with the display continue to hurt but apart from the rare heating here and there, I am yet to face any major issues with the smartphone.

Stay tuned for our full review of the Samsung Galaxy Note 20 Ultra.