Samsung Galaxy A32 Review: Priced at Rs 21,999, find out how good this smartphone is 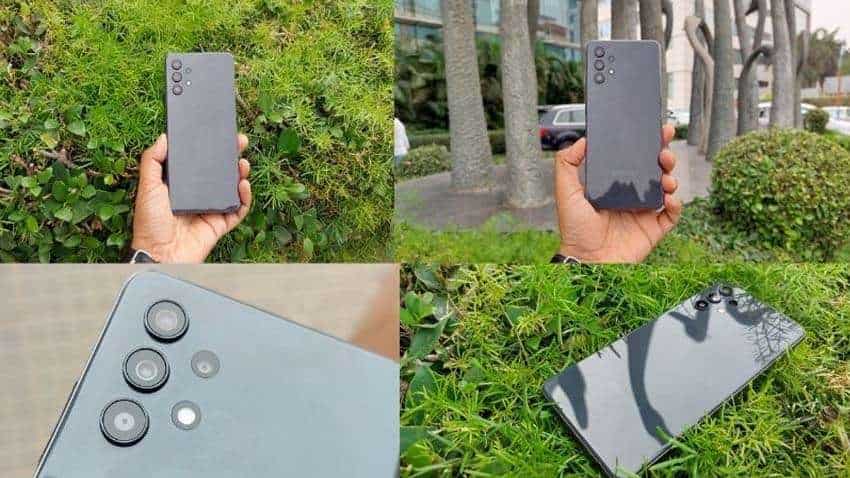 The newly launched Galaxy A32 smartphone comes with a 64MP quad-camera, 90Hz display along with a huge 5000mAh battery at Rs 21,999 (6GB+128GB variant).
Written By: Bharat Upadhyay
Edited By: Harish Dugh
RELATED NEWS

Samsung Galaxy A32 Review: After launching its budget 'A' series smartphone in India -- Galaxy A12 earlier this year, the South Korean smartphone brand Samsung recently introduced a mid-ranger Galaxy A32 in the country with a unique design and shape to attract more consumers here. The newly launched Galaxy A32 smartphone comes with a 64MP quad-camera, 90Hz display along with a huge 5000mAh battery at Rs 21,999 (6GB+128GB variant).

The device comes with a 6.4-inch FHD+ sAMOLED screen and it is available in four colours -- Awesome Black, Awesome White, Awesome Blue, and Awesome Violet. I was using the Awesome Black variant for a while and here's how it fared. The Galaxy A32 is a little different from the other Samsung smartphones in this price segment when it comes to design. 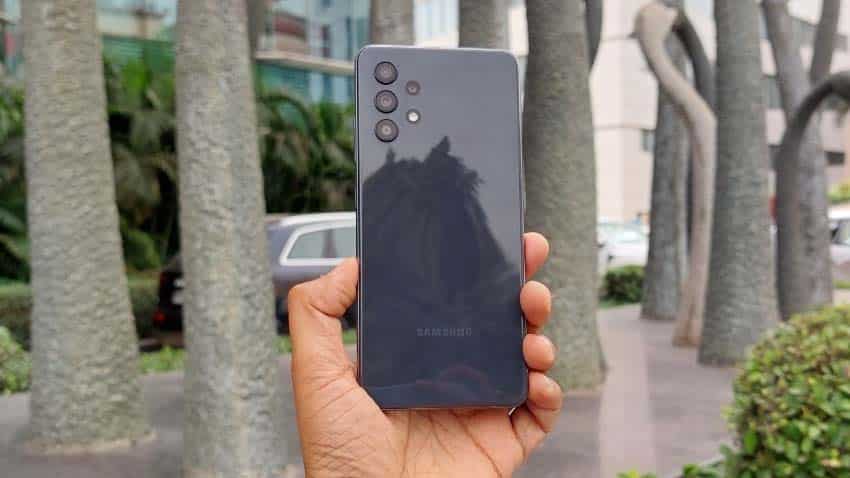 This new design might attract youngsters looking to buy a smartphone that looks unique. Galaxy A32 is slightly heavy, measuring 158.90 x 73.60 x 8.40 mm, and weighs 184.00 grams. Not only does it offer a good grip, it also looks good in your hands. However, the back panel easily attracts fingerprints. Overall, in terms of design and looks, the Galaxy A32 did a decent job. 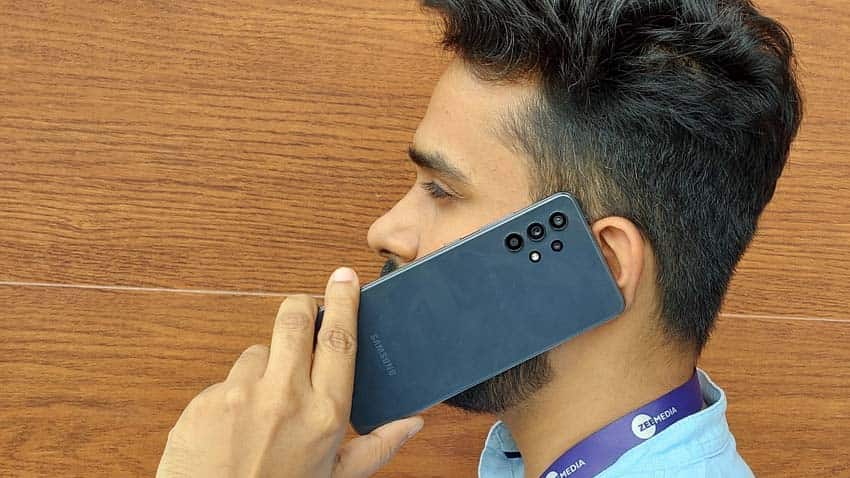 On the backside, the newly launched Samsung Galaxy A32 features a 64MP main camera, an 8MP ultra-wide lens that has a 123-degree field of view, a 5MP macro lens that helps take close-up shots, and a 5MP depth camera that gives portrait shots in ‘Live Focus' mode along with LED Flash and Samsung brand. 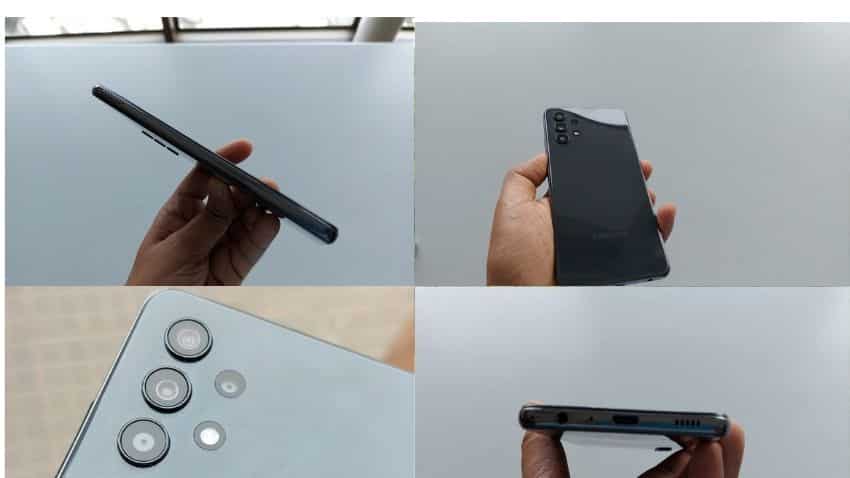 This smartphone comes with in-built features like hyper-lapse, night mode, slow-motion, panorama and pro mode as well. I checked all of them while using the device. The 64MP sensor captured some beautiful snaps in daylight conditions.

The live focus, as always,  worked very well. While taking multiple shots with different modes, the Galaxy A32 didn't hang. However, the night shots were not as good as the images that came out in daylight. The overall camera experience was quite satisfying even the small videos I recorded while travelling came out pretty decent. 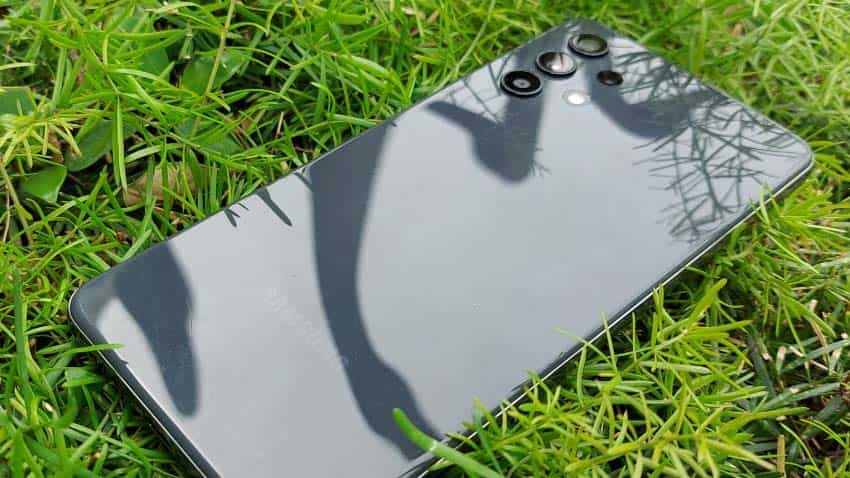 On the right side, the Galaxy A32 houses the volume rocker and power buttons and the SIM tray on the left. At the bottom, the smartphone features Type-C USB charging port, Dolby Atmos dual stereo speakers, along a 3.5mm headphone jack. The speaker performed good, especially in public places like markets. The connectivity options on the Galaxy A32 include 4G LTE, Wi-Fi 802.11ac, Bluetooth v5, GPS/ A-GPS, NFC and more.

Let's talk about the display now. Well, personally I feel, Samsung is the only smartphone brand that offers pretty amazing displays in the budget and mid-range smartphone segment. Samsung Galaxy A32 features a 6.4-inch Infinity U FHD+ Super AMOLED display reaching 800nits. The screen of the phone also offers Eye Comfort Shield that reduces blue light. There's a punch-hole camera in the top centre of the display with an on-screen fingerprint sensor. The display is very colorful. The colors of the smartphones were bright in the direct sunlight. 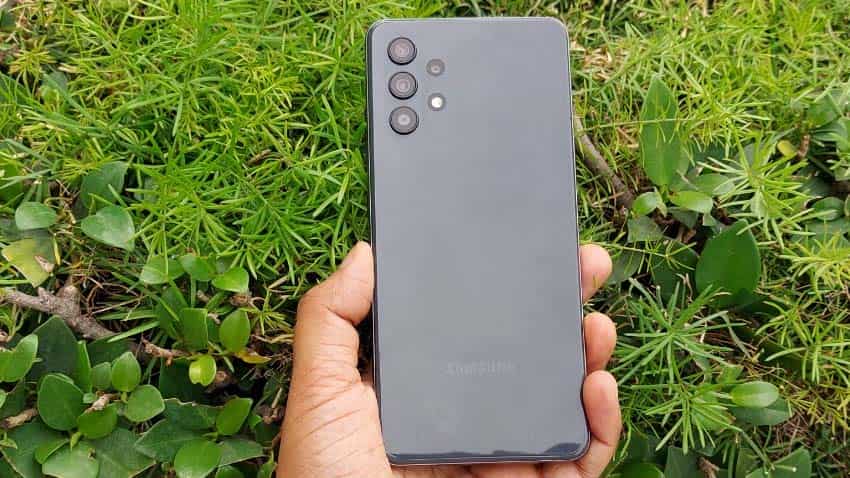 The Galaxy A32 comes with a 20MP front camera sensor for video calls and selfies. The Selfie camera didn't disappoint and caught some good selfies in all light conditions -- daylight, low light and artificial lights. But the images came out sharp and detailed in only daylight conditions.

This newly launched A series smartphone from Samsung is packs a massive 5000mAh battery with 15W adaptive fast charging. On a single charge, the device lasted for more than a single day on heavy usage. After watching a LIVE cricket match between India and England on the OTT platform on Disney+Hotstar and watching movies ad Amazon Prime, Netflix and YouTube for long hours, this Samsung phone didn't heat up.

The newly launched Galaxy A32 houses an advanced Octa-Core Mediatek Helio G80 processor. It runs on Android 11and One UI 3.1. While playing games like FAU-G, Call of Duty: Mobile and performing a regular task like switching between the apps, this device didn't lag and worked smoothly. The overall gaming experience was fine and lag-free. 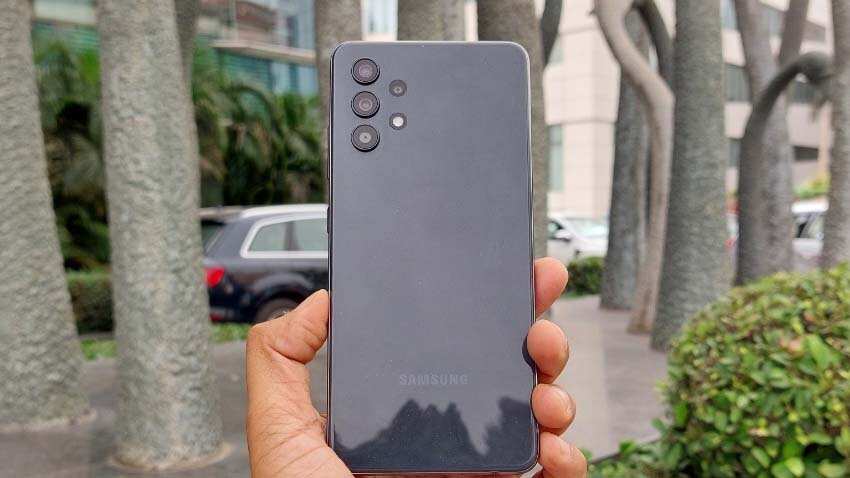 Verdict: Competing with popular smartphones like Xiaomi Mi 10i, Vivo V20 and Realme X2 Pro, the road for Galaxy A32 in the Indian market is not easy. All these smartphones fall in a similar price category -- around Rs 22,000-24,000. Priced at Rs 21,999, the major USP of the Galaxy A32 is its battery, front camera and the new design. Its new design may attract buyers who are looking to buy a smartphone under Rs 25,000-mark.