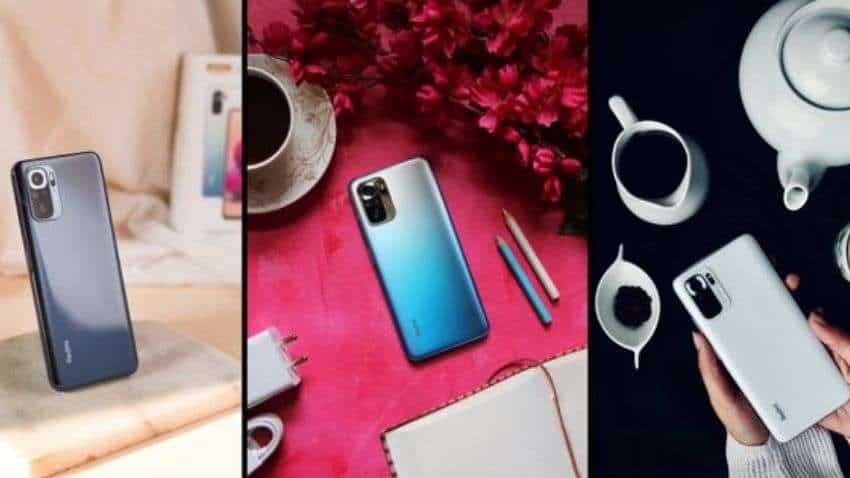 According to the company, the Redmi Note 10S launch event will take place on May 13 (TODAY) at 12 PM IST. The event will have no physical attendance and will be streamed live on Redmi India’s official YouTube channel and social media handles.

A dedicated page for the smartphone is live on the e-commerce site Amazon India. It suggests that the device will be exclusive to the e-retail platform besides being available on the company’s official site mi.com. The phone is expected to cost under Rs 20,000 in the country.

According to a report from BGR India, Redmi Note 10S will come packed with a SuperAMOLED display and 64-megapixel quad rear cameras. It will be powered by MediaTek Helio G95 SoC and run on latest integration of MIUI based on Android 11 out-of-the-box.

Some of the other specs that the company has revealed include a 5000mAh battery, 33W fast charging support in the box, Gorilla Glass protection on the screen, all-new Evol design, dual stereo speakers, smoother haptics, and IP53 certification. Leaks suggest that the upcoming Redmi smartphone will come with a 6.43-inch AMOLED display with Full HD+ resolution, 60Hz refresh rate, and Corning Gorilla Glass 3 protection.

In terms of cameras, the 64MP primary rear camera is expected to come packed with an 8MP ultra-wide lens, 2MP macro lens, and 2MP depth sensor. On the front, the phone is expected to include a 13MP selfie shooter. In the global market, the Redmi Note 10S is priced at $229 (around Rs 16,775) for the 6GB RAM + 64GB storage variant. In India, however, it is said that the brand will launch the phone at a relatively lower price tag.