The company took to social media platform Weibo and announced the launch date via poster. 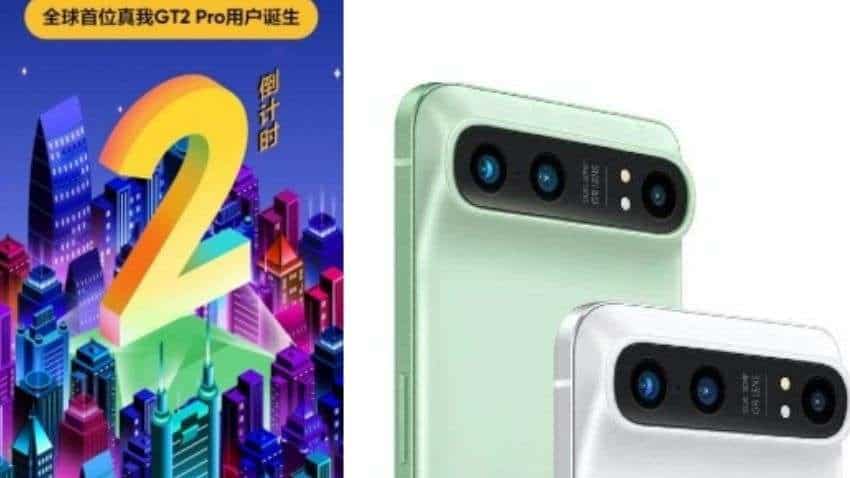 The new Snapdragon 8 leads the way into a new era of premium mobile technology equipped with cutting-edge 5G. Image: 91Mobile/Onleaks

Realme GT 2 Pro launch: Finally, the wait is over! The global smartphone brand Realme is set to launch its upcoming premium flagship smartphone --  Realme GT 2 Pro on December 9 in China during the live virtual event.

The company took to social media platform Weibo and announced the launch date via poster. Through a teaser posted on Weibo, Realme revealed the announcement date of the Realme GT 2 Pro. This upcoming smartphone is already confirmed to have Qualcomm's Snapdragon 8 Gen 1 SoC that was unveiled earlier this month.

The new Snapdragon 8 leads the way into a new era of premium mobile technology equipped with cutting-edge 5G, AI, gaming, camera, and Wi-Fi and Bluetooth technologies to transform the next generation of flagship devices.

The smartphone is likely to include dual 50MP sensors and an 8MP camera setup. The device is also expected to have a GR lens that should deliver the best shooting performance by reducing ghosting, multi-coating on all surfaces, and providing resistance against backlighting.

The upcoming Realme phone is also expected to feature a 32MP front camera and a 5000mAh battery with 125W UltraDart charging. The Realme GT 2 Pro may feature a 6.8-inch 120Hz WQHD+ OLED display. It was listed recently on AnTuTu showing it will be powered by a Snapdragon 8 Gen 1 processor backed by 12GB RAM, 256GB internal storage.

Realme 9 Pro+ India launch confirmed - What we know so far