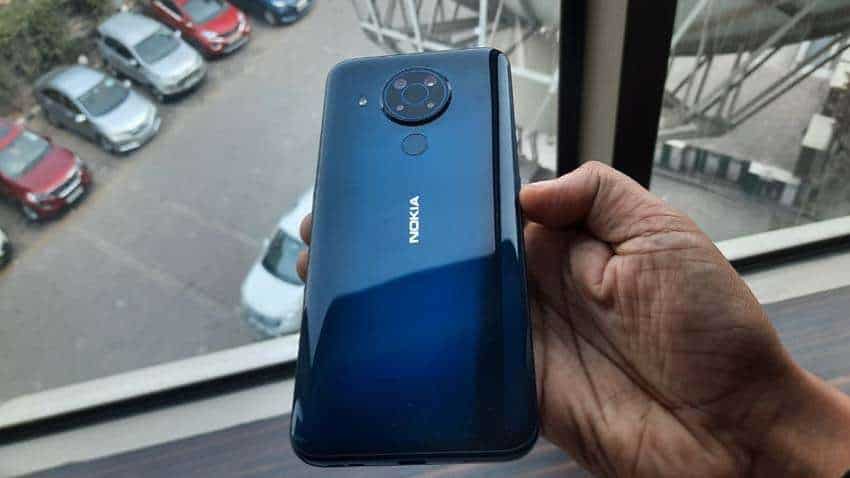 The smartphone comes in two variants - 4GB+64GB and 6GB+64GB priced at Rs 13,999 and Rs 15,499 respectively and it is available in two colours -- Polar Night and Dusk.
Written By: Bharat Upadhyay
Edited By: Harish Dugh
RELATED NEWS

Nokia 5.4 Review: Budget and mid-segment smartphones in India are always popular and many people here often look to buy multiple-feature packed smartphones at an affordable price. To meet such demands of smartphone users in India and to capture this big market, major brands such as Samsung, Xiaomi, Realme, Oppo, Vivo, Poco, Nokia, among others, regularly bring budget-friendly phones in the country to attract customers.

Nokia smartphones, made by HMD Global, are doing well in the mid-segment smartphone market in India. Also, as the demand for mid-segment smartphones keeps growing in the country, the company recently launched Nokia 5.4 in a bid to make further inroads. Nokia 5.4 price in India starts at Rs 13,999. The smartphone comes in two variants - 4GB+64GB and 6GB+64GB priced at Rs 13,999 and Rs 15,499 respectively and it is available in two colours -- Polar Night and Dusk. I have been using this 6GB+64GB variant (Polar night colour) and here’s what I think about it.

Well, there are so many phones there under the Rs 16,000 category. And when you have so many options available in the market why one should buy Nokia 5.4? We'll try to give you the answer in this review. The major USP of the Nokia 5.4 according to me is its display, design and its performance. Talking about the design and weight, the entire body is built from polycarbonate and the good part about this smartphone is that it is quite slim (8.7mm) and it didn't feel heavy. I really liked the flashy design of the Nokia 5.4. The device looks good on hand and it is quite easy to hold. We can say that Nokia is indeed working very hard to bounce back in the Indian market and so far, the company has done a good job.

If we compare Nokia 5.4 with Realme Narzo 20 Pro, which was launched in India at a starting price of 14,999 and Xiaomi's Redmi Note 9, Samsung Galaxy M31 (both available under Rs 16,000) -- the device, I think, will definitely compete with these ace smartphones in the country. Overall, the looks and design of the Nokia 5.4 is pretty impressive.

The smartphone has a circular quad-camera setup along with an LED flash and a fingerprint sensor at the rear side of the device. The fingerprint sensor, placed at the back, worked fast and was easy to use. The Nokia 5.4 features a quad camera setup on the back with a 48MP primary lens, a 5MP ultra-wide-angle camera, a 2MP macro camera, and a 2MP depth sensor. The smartphone can record videos in 4K at 30FPS and 1080p at 30FPS. The Nokia 5.4 comes with in-built camera features like -- Cinema mode, Night mode, Portrait Mode, Slow-Motion, Time-Lapse, Watermark options, many more. 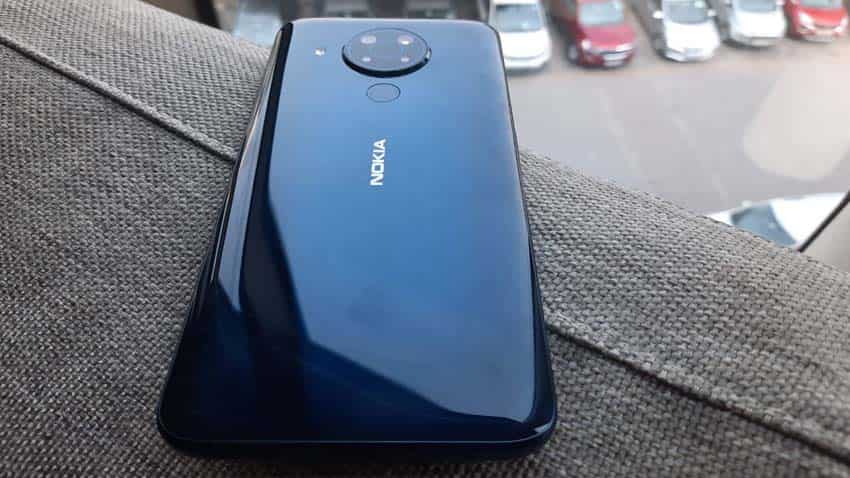 I took pictures in almost every single mode offered by the Nokia 5.4. I personally liked the Portrait Mode and Cinema Mode. Pictures came out well in Portrait Mode. The device did manage to click good pictures in bright conditions. However, after using the night mode, the images produced by Nokia 5.4 lacked sharpness. To get smoother motion shots, while recording video, I tried Cinema Mode, which I think is one of the best features of this smartphone. While making videos in Cinema Mode, the smartphone produced some good videos. Overall, at this price range, the cameras did a pretty good job.

On the right edge of the Nokia 5.4, the smartphone houses volume rockers and a power button and on the left-hand side of the device, there's a dedicated space for SIM and microSD card tray and Google Assistant button. We used the Google Assistant button regularly and it worked fast without any hassle. At the bottom, the smartphone has a USB Type-C charging port and speaker grill. You can find a 3.5mm headphone jack at the top of the smartphone.  The connectivity options on the Nokia 5.4 include Bluetooth 4.2, Wi-Fi, GPS/ A-GPS.

Nokia 5.4 comes with a 6.39-inch HD+ IPS LCD display with a screen resolution of 1520 x 720 pixels and a 19:9 aspect ratio. The display worked well in both daylight and low light conditions. The brightness and colors came out well even during the day. This smartphone house a 16MP front-facing camera for video calls and selfies. The device also comes with a face-unlock feature and I didn't face any issue while using it. While taking pictures from the selfie camera, the pictures came out well but weren't detailed enough. However, I have to say that, while taking selfies from Portrait Mode, the selfie camera did a decent job. I personally liked the Portrait Mode. The overall front camera experience was good. 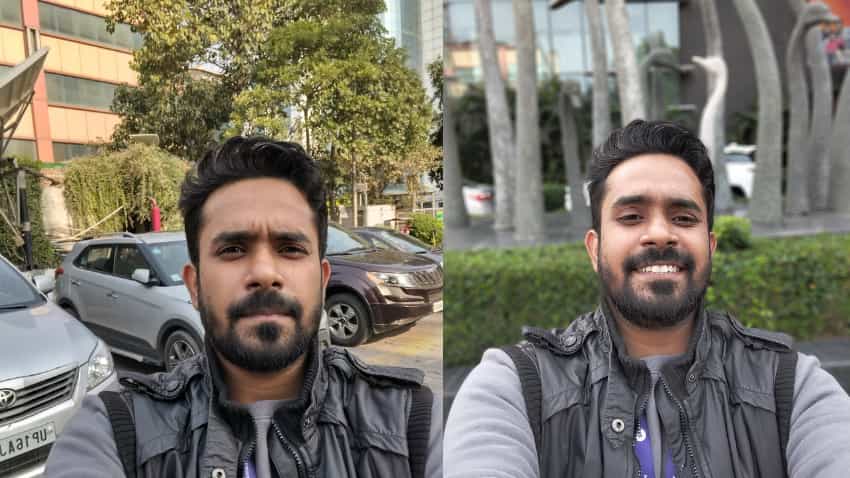 The Nokia 5.4 is powered by Qualcomm’s Snapdragon 662 processor. Nokia 5.4 runs Android 10 out-of-the-box and is Android 11 ready. When it comes to performance, the smartphone worked smoothly. Doing basic task like switching between apps, using social media platforms -- such as Facebook, Twitter, and Instagram, watching videos, streaming music, was smooth. The smartphone phone didn't lag during these basic tasks, which is impressive.

In terms of battery, the Nokia 5.4 is backed by a 4,000mAh battery with a USB Type-C port for charging up to 10W. While playing games like Stick Cricket, Subway Surfer, LUDO King and heavy games like Asphalt 8 Racing Game for longs hours, the smartphone didn't heat up and I liked the video quality of the device, I watched several web series and movies on Netflix, Amazon Prime and YouTube, and it was a good experience. When it comes to Battery performance, the Nokia 5.4 lasted for over a day on a single charge.

Nokia 5.4 Final Verdict: Overall, Available at a starting price of Rs 13,999, I feel Nokia 5.4 is offering many amazing features at an affordable price. I really liked the design and the display of this smartphone. The smartphone has the potential to meet the demands of the customers at very reasonable rates. However, I think Nokia should work on fast charging to compete with rival brands in the market.