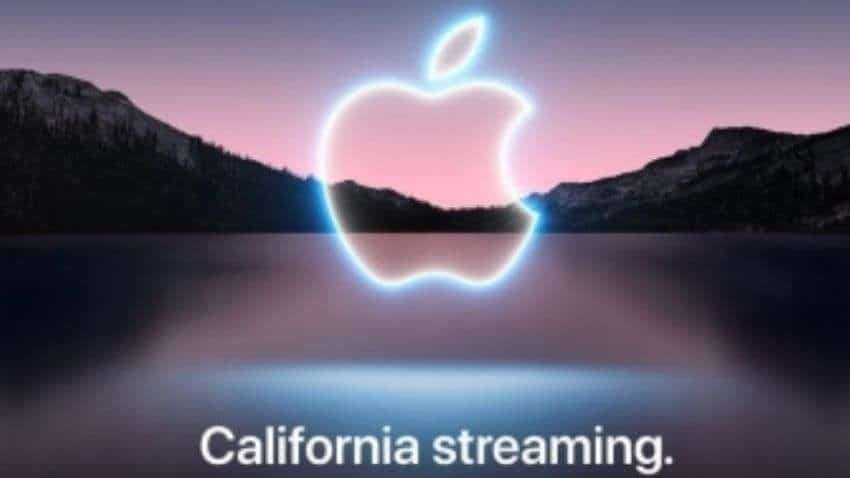 Apple iPhone 13 launch event: And the wait is finally over! The US-based tech giant Apple is all set to host its special “California Streaming” launch event today. The company is expected to launch the most awaited iPhone 13 series, Apple Watch Series 7 and AirPods 3 during an online event at 10:30 pm IST.

The company is expected to launch at least four new smartphones - iPhone 13, iPhone 13 Mini, iPhone 13 Pro, and iPhone 13 Pro Max. Ahead of the official launch, Apple iPhone 13’s complete range along with the iPhone 13 prices and features have been leaked by an Apple Hub, a blog site that covers the latest updates about Apple, has come up with everything you need to know about the upcoming iPhone 13 series.

Earlier, a Ukrainian e-commerce site KTC has showcased all the colours as well as storage configurations of the entire iPhone 13 lineup. The website revealed that Apple will launch the iPhone 13 and iPhone 13 mini in six colour options: black, blue, purple, pink, white and product red.

Ahead of the launch of the iPhone 13 series, analyst Kuo also revealed that Apple will launch the much-awaited AirPods 3 at the “California Streaming” event. Kuo added that the pricing of the AirPods 3 will be much higher than the AirPods 2.