WhatsApp privacy policy update: In a major development, the Facebook-owned popular instant messaging platform WhatsApp on Monday told the Delhi High Court that it has not deferred the May 15 deadline for users to accept its new privacy policy. 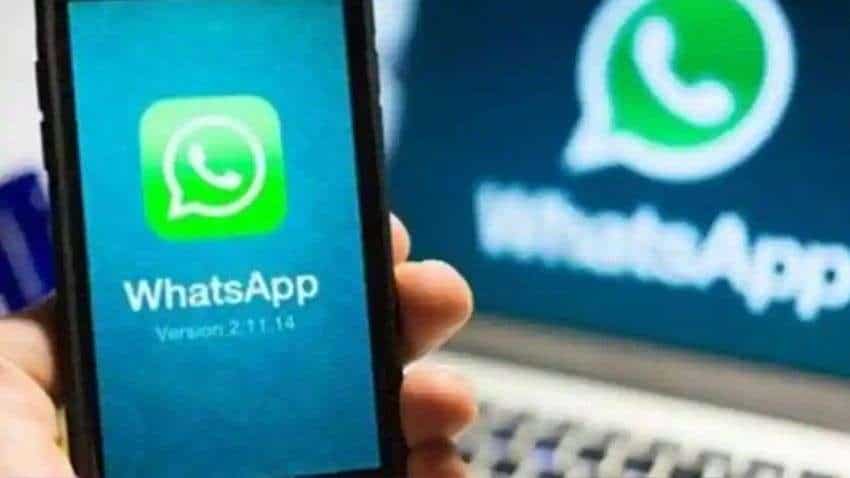 WhatsApp on Monday told the Delhi High Court that it has not deferred the May 15 deadline for users to accept its new privacy policy. Reuters Photo
Written By: ZeeBiz WebTeam
Edited By: Prashant Singh
RELATED NEWS

WhatsApp privacy policy update: In a major development, the Facebook-owned popular instant messaging platform WhatsApp on Monday told the Delhi High Court that it has not deferred the May 15 deadline for users to accept its new privacy policy.

Senior advocate Kapil Sibal, representing WhatsApp, submitted before a bench of Chief Justice D.N. Patel and Justice Jyoti Singh that it is trying to get users on board, but if they do not agree to the privacy policy, then the company will slowly delete these user accounts, the news agency IANS reported.

Sibal submitted before the court, "there is no deferment of policy." Additional Solicitor General (ASG) Chetan Sharma, representing the Centre, submitted there are concerns that the policy was in violation of the Information Technology Act, 2000 and Rules thereunder. Sharma informed the bench that the government has written to the CEO of the company, and it is waiting for a reply. The updated policy will allow WhatsApp to share some data about users' interactions with business accounts with its parent company Facebook, as per IANS report.

According to the report, senior advocate Arvind Datar, representing WhatsApp along with Sibal, objected to an argument made by advocate Manohar Lal who claimed that users who had not consented to the privacy policy were not being allowed to use the app. Datar submitted, "Our privacy policy does not violate the IT Rules, we can go rule by rule."

The High Court has adjourned the matter till June 3.The ASG submitted the court should record WhatsApp's counsel statement that the company will conform with the Indian law. He added that the company should maintain status quo where neither the account nor the data is deleted if users' revoke their consent for the new privacy policy.

WhatsApp's counsel objected to the stay and submitted that they would not make any such statement. The High Court was hearing a plea filed by Seema Singh and law student Chaitanya Rohilla against WhatsApp's new privacy policy. The petitioners sought directions to the Centre to direct WhatsApp to roll back their policy or provide an option to the users of opt-out of the January 4, 2021, update. In February, the High Court had issued notice on the plea.

The Centre had told the court that the new privacy policy does not provide the opportunity to review or amend the full information submitted by a user. In the backdrop of 2011 IT Act, the Centre had argued the new privacy policy fails to specify the types of "sensitive personal" data being collected, and with whom this information was being shared.