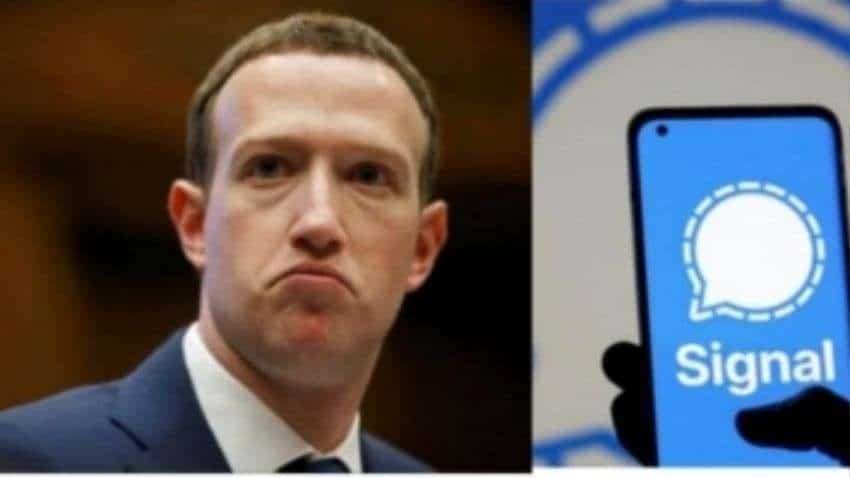 Sharing a news article that mentions Zuckerberg’s presence on WhatsApp’s rival app with this picture, Signal wrote: “With the May 15th WhatsApp Terms of Service acceptance deadline fast approaching, Mark leads by example.”

The upcoming privacy policy of Facebook-owned WhatsApp has actually helped Signal and Telegram grow their user base. Its controversial new terms of service will come into effect from May 2021.

Recently, Signal became the fastest-growing app globally, including in India, both in downloads and monthly active users (MAUs) in the first quarter last year, according to data provided by app analytics firm App Annie.

"In another turn of events, Mark Zuckerberg also respects his own privacy, by using a chat app that has end-to-end encryption and isn't owned by @facebook," Dave Walker, a security expert wrote on Twitter. "This is the number associated with his account from the recent Facebook leak," Walker posted along with a screenshot of Zuckerberg's leaked phone number which mentioned, "Mark Zuckerberg is on Signal."

Recently, personal data of nearly 53.3 crores Facebook users, including 61 lakh Indians, remerged online after a hacker posted the details on a digital forum. The easy availability of such data may make users more vulnerable to cybercrime, although Facebook has said that this is "old data".

"All 533,000,000 Facebook records were just leaked for free. This means that if you have a Facebook account, it is extremely likely the phone number used for the account was leaked," tweeted Alon Gal, CTO of security firm Hudson Rock