It's a big action by Modi government on 118 more mobile applications, including popular gaming app PUBG. 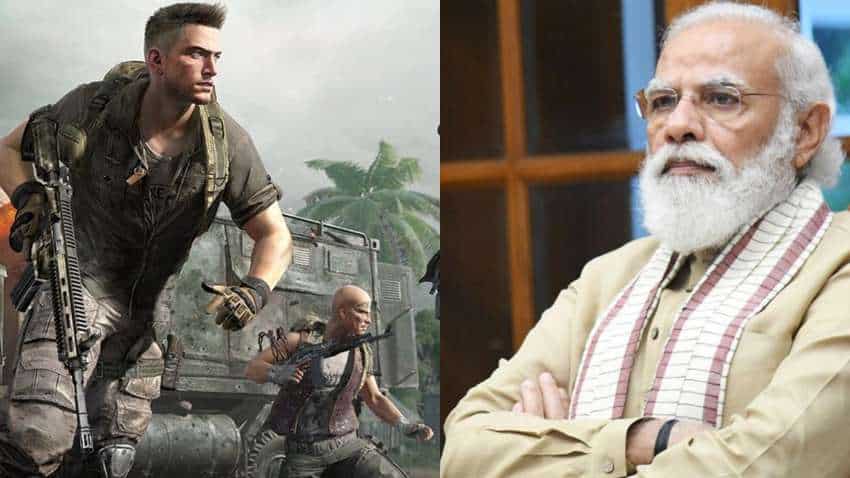 The government blocked these mobile apps terming them prejudicial to the sovereignty, integrity and defence of the nation. Photo from PIB and PUBG.

-The government blocked these mobile apps terming them prejudicial to the sovereignty, integrity and defence of the nation.

- "Government blocks 118 mobile apps which are prejudicial to sovereignty and integrity of India, defence of India, security of state and public order," it said.

- It said the IT Ministry had received complaints from various sources, including several reports about misuse of some mobile apps available on Android and iOS platforms for stealing and surreptitiously transmitting users' data to servers outside India.

- "The compilation of these data, its mining and profiling by elements hostile to national security and defence of India, which ultimately impinges upon the sovereignty and integrity of India, is a matter of very deep and immediate concern which requires emergency measures," the statement said.

The Centre had earlier banned a number of Chinese apps, including TikTok and UC Browser.

Who said what? REACTIONS to PUBG ban

Sumit Ghosh, CEO, Co-founder Chingari, said, "The government time and again has proved to support the Indian start-up eco-system. This indeed would just motivate the Indian ecosystem, and we would see more Indian companies going global. That being said,  govt should also look into companies who have Chinese investments and use Chinese tech in their products, and how are they safeguarding the data of Indian citizens."

Kiruba Shankar, Co-founder and President of ‘60 Seconds' app says, "The banning of Chinese apps by the Indian Government is a welcome move. The privacy and safety of information of crores of Indian mobile users is of utmost importance and cannot be compromised. Anything that goes against India's sovereignty and security needs to be addressed and that's exactly what the government has done. Many of the Chinese apps grew because of the protectionist policies by the Chinese government. They have banned the entry of companies and services by foreign companies and given special privileges to their homegrown brands. They have no moral right to complain against this ban because India is acting in the best interest of its citizens."

Husain Habib, Co-Founder and Chief Marketing Officer, Hats-Off Digital Private Limited, said, "PuBG is a game that has been met with a lot of controversies since its initial phase. While fans are thoroughly disappointed with the ban as they can spend hours playing the game and now might feel at a loss on the same. The gaming industry had benefitted the most during the lockdown and this might have a great impact on the numbers. But with due respect to the government's decision and supporting vocal for local brands, today we stand by the ban and people should be more supportive towards it being a law abiding citizen."

"We welcome all decisions which in turn enhance the security of the country," says Lal Chand Bisu, Co-founder & CEO, Kuku FM.

"PUBG has lost their major target market which is India. This decision is a targeted move to ensure safety, security and sovereignty of Indian cyberspace which is a good decision taken by the government, says Suraj Punjabi - Founder of Edviseme Tech Venture LLP.

Ankit Chaudhari, CEO and Founder, Aiisma, "This creates an additional opportunity for Indian entrepreneurs to fill into the gaps. We may not be best poised for a solution in some aspects but can definitely use the opportunity to gain that position, intelligence & consumer acceptance since the giants have been benched at least for the time being."

Piyush, CEO & Founder of Rooter, "We once again welcome this move by our government to safeguard Indian users' data and protect the country against the potential threat these apps pose to our national security. This ban opens up tremendous opportunities for the Indian gaming ecosystem to align their businesses with the Government’s Atmanirbhar Bharat strategy and also enable gaming and eSports platforms like Rooter to grow even faster from here. We at Rooter always anticipated this to happen in the near future and so we kept on investing in other games. Most of the users and content creators on our platform engage in games other than PUBG. Rooter had less than 10% PUBG streamers and it was a conscious effort on our part to ensure that we focus more on other games like Free Fire and Call of Duty. Both the games have strong engagement on Rooter and most of their top streamers are part of our user base.That said, in the last two and a half months, Rooter has witnessed unprecedented growth by adding nearly 3 million users. This ban will further fuel the growth, which will help us become a dominant player in the market."