According to the company, the update brings in significant gameplay changes, including DR-H & AK-117 Buff, Nerfs on Therrnite and Melee Weapons and changes in popular multiplayer maps. Apart from this, a new Battle Pass is also available. 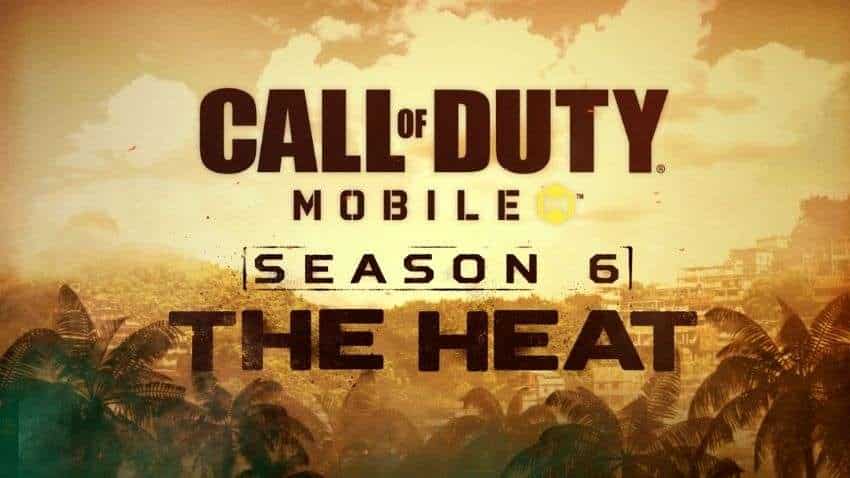 Call of Duty Mobile Season 6 download: In Good news for the mobile community in India, Activision has finally released Call of Duty: Mobile Season 6, called ‘The Heat’ update. It is now live on all Call of Duty mobile servers, from where gamers can update the game to get all new features and changes from the Google Play Store and the Apple App Store

According to the company, the update brings in significant gameplay changes, including DR-H & AK-117 Buff, Nerfs on Therrnite and Melee Weapons and changes in popular multiplayer maps. Apart from this, a new Battle Pass is also available.

"Under this scorching sun, you’d better come prepared to fight and survive. Assisting you in your mission is a fresh supply of free and premium content in the Season 6 Battle Pass, featuring new Operators, a new functional weapon, a new Scorestreak, Weapon Blueprints, Calling Cards, Charms, Call of Duty Points (CP), and more," the company said.

Call in a swarm of lethal Hunter Killer drones with the new Swarm Scorestreak unlocked at Tier 14. Shred your enemies with the new rapid-fire MX9 functional weapon at Tier 21. Other free tier items include the AK-47 – Epiphany, the Calling Card – Rugged, and more.

"Get access to Rosa — Double Agent, ICR-1 – Blood Money, Calling Card – Escape in Style, and a new Charm right at Tier 1. Other premium highlights include Operator Skins like Price – The Captain and Domino – Revolutionary, Weapon Blueprints like the KN-44 – Clout and the MX9 – Stone Serpent, and an assortment of other content items like Emote – Juggle and Shoot," the company said.

New multiplayer maps include Slums and Stack. Slums were originally seen in Black Ops II, where players have to duke it out in the streets and around the center fountain. Stack was first introduced in Call of Duty: Modern Warfare, and it will be joining the Gunfight map rotation. It is a symmetrical map set in a desert training facility.

Undead Siege makes a return where players will have to live through five days and five nights of being attacked by an army of the undead in multiple waves. Players completing tasks in the Undead Siege, Multiplayer and Battle Royale modes will earn irradiated and regular ore, which is mined for the invaluable Aether.