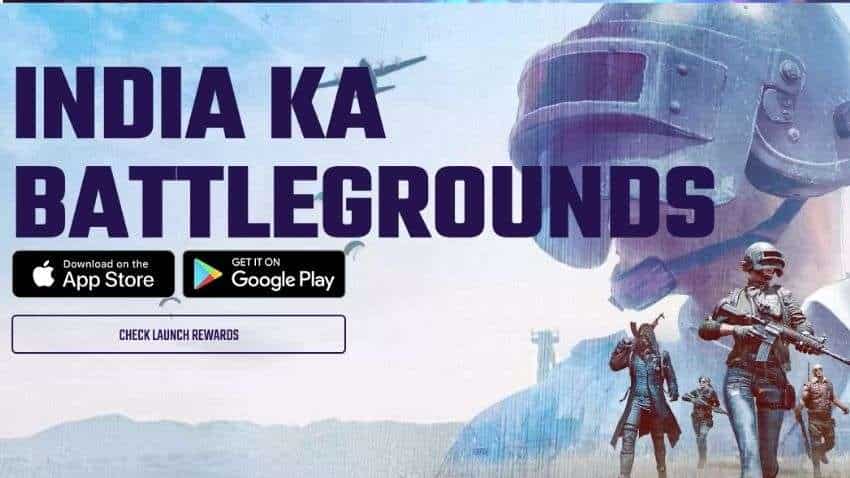 Krafton believes that adding an emulator version for the game will open up some pathways for hackers to get into the game.
Written By: ZeeBiz WebTeam
Edited By: Prashant Singh
RELATED NEWS

Battlegrounds Mobile India latest update: Battlegrounds Mobile India (BGMI) developers have been stating that they have been constantly working on making their game fair to play for everyone. Now, in a major development, Krafton has revealed that it will not launch an emulator for the game because it will increase illegal actions and make the game unfair for other players.

The gaming company in its first episode of “We Heard You” blog answering the question “I’d like to play BATTLEGROUNDS MOBILE INDIA in emulator version.” Unfortunately, in emulator version, it is expected to happen easier the illegal actions such as falsification, etc. compared to the mobile environment. So there is currently no plan in terms of supporting emulator version. If there is any change upon support of emulator version, we will further inform you through another notice," Krafton was quoted as saying by BGR India.

Krafton believes that adding an emulator version for the game will open up some pathways for hackers to get into the game. It is much easier to use hacks like aimbot, falsification and more inside of a computer environment compared to mobile. It is also much easier for cheaters to mask themselves with computers, the report said.

Recently, Krafton banned many players for irregular activities in an account. To keep the game fair for everyone, Krafton under its 'Ban Pan initiative' keeps banning players regularly who resort to hacks or cheats.

Battlegrounds Mobile India developer publishes weekly reports on the number of banned accounts. The company has now published a new report for the same. Krafton in its fourth anti-cheat report from August 20 to August 26 has stated that it has banned a total of 1,95,423 accounts for using illegal software.

Krafton currently bans players by looking for irregular activities in an account or if they find a player guilty of using unfair means after someone reports them using the in-game reporting mechanism.