To celebrate the milestone, players have been gifted the Galaxy Messenger Set permanent outfit in addition to some more fun rewards. 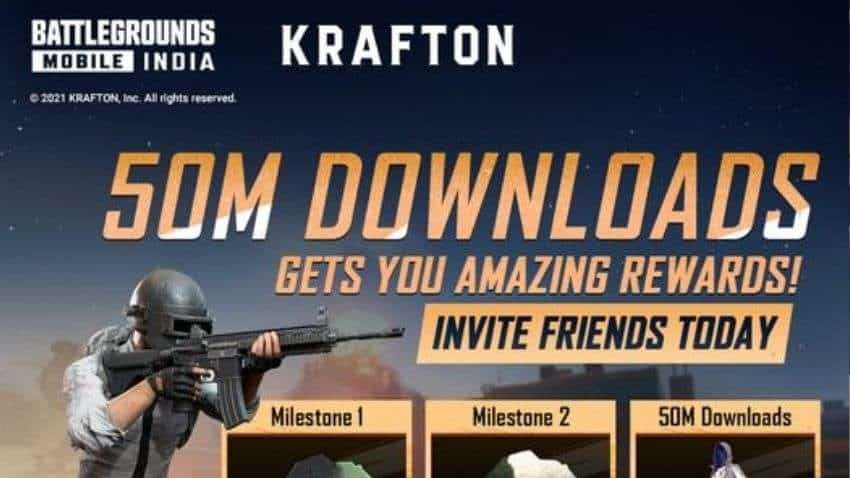 "Krafton will be making announcements on the iOS version of the game very soon on Battlegrounds Mobile India social media channels," the company said in a fresh statement. In line with the promise of introducing India centric events, the Independence Day Mahotsav is also live in-game, and fans can win exciting rewards including an AWM(temporary) skin, till 19th August.

“We extend our warm wishes to our Indian fans on the occasion of Independence Day. We are delighted to be a part of this celebration, made even sweeter with BATTLEGROUNDS MOBILE INDIA hitting 50M downloads on Play Store in just over a month! I am looking forward to an equally strong response to our first esports tournament starting next month," Mr Wooyol Lim, Head of Battlegrounds Mobile Division, Krafton said in a statement.

The Battlegrounds Mobile India series was announced last month to an incredible response of 540,000 registrations till date with registrations still open. The stream schedule will be released shortly after closure of registrations. The Royal Pass Month 2 launched for the second month last week with the theme “Project T” introducing all new outfits and rewards. The max RPM rank will remain at 50 while adding in higher number of rewards for each tier, and challenge missions to only last for a month.

Battlegrounds Mobile India update: Check why BGMI not working on some Android smartphones