The technique centers around 3D printed aluminium joints that connect pieces of carbon fibre tubing to make the car’s chassis, and the assembly can be done in minutes, said DesignBoom. 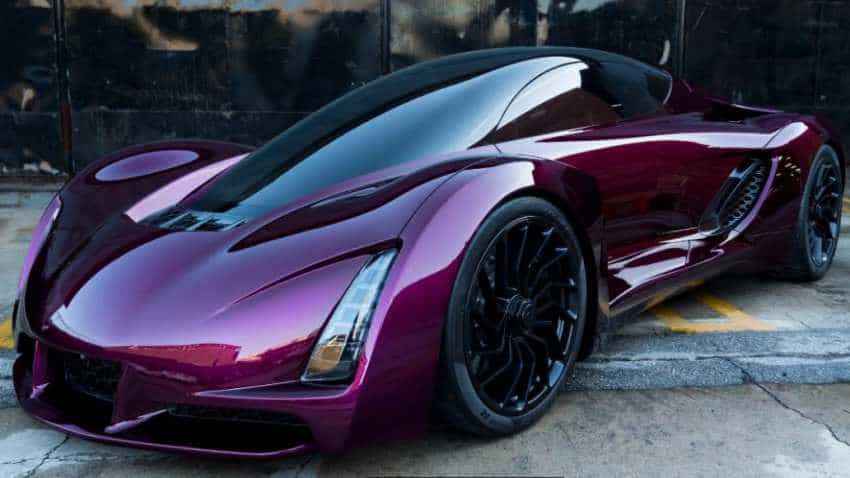 American startup firm Divergent 3D has unveiled 3D-printed supercar 'Blade', which is said to be the world’s "first 3D printed supercar" powered by about 720-horsepower engine. The fully road-legal, four-wheel drive, features a 3D-printed chassis which weighs just 102lbs (46kg). The supercar is inspired by jets, said DesignBoom, adding that design language is continued into its in-line cabin which features an aviation-influenced central seating position.

Los Angeles-based startup is reportedly backed by Hong Kong billionaire Li Ka-Shing and raised $65 million USD in 2017 to develop its factory to create parts for the automotive industry that are designed to dramatically cut the cost and environmental impact of car production.

The technique centers around 3D printed aluminium joints that connect pieces of carbon fibre tubing to make the car’s chassis, and the assembly can be done in minutes, said DesignBoom, adding that it can reduce pollution, materials and other capital costs.

The supercar can cover 0-100 km-per-hour sprint in about two seconds, and its top speed would be around 321 kmph, said auto website motor1.com, adding that the car uses aluminium Nodes in its construction. The Blade is stated to be an engineering exercise to show off what kind of stuff Divergent 3D is capable of.

The supercar derives power from a mid-mounted bored and stroked 2.4-liter turbocharged four-cylinder engine from a Mitsubishi Lancer Evolution, which extends power to the rear wheels via a six-speed sequential transmission, said motor1.com.

According to Facbook page of Divergent 3D, the company has successfully completed certification in AS9100D / ISO9001:2015 as their Quality Management System for design, manufacturing, and assembly of complex structures using non-design specific software and additive manufacturing.

"This accomplishment has opened up several opportunistic avenues with customers that can benefit in utilizing lightweight structures in the aviation and space industry. Divergent sought out the highest level of compliance standards of AS9100D in order to demonstrate to their customer base that the products they manufacture are backed by a quality management system that is strict in control of Quality and customer-centric focused," it said.