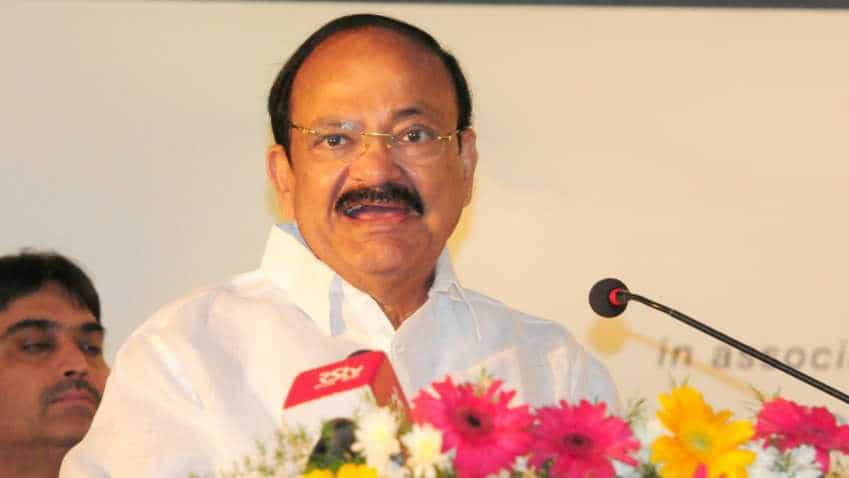 Vice President M Venkaiah Naidu Monday strongly advocated for creating an ecosystem for entrepreneurship to thrive and encourage youth to become job creators instead of job seekers. "The possible way to address unemployment is to create the right ecosystem for youngsters to become entrepreneurs and set up their own businesses," Naidu said addressing a summit on "Empowering Young Grampreneurs to Create Jobs" organised by Bharatiya Yuva Shakti Trust (BYST). Stating that unemployment is an area of major concern not only for India but for all the nations, the vice president said India with its huge demographic advantage must reap benefits by harnessing the youths potential.

He said there was a need to create the relevant infrastructure and impart the right skill sets for them to successfully overcome the challenges posed by the technology-dependent world. "How efficiently and effectively we reap the demographic dividend depends greatly on how effectively we are able to create jobs and train the working population to do these jobs," Naidu added.

Voicing concern over rising urban rural divide, he stressed on making agriculture sustainable and profitable, creating market for rural artisans, empowering woman entrepreneurs to sell their crafts by way of online platforms and ensuring access to affordable education and healthcare.

The vice president also advised young entrepreneurs to start businesses that promote Indias unique, traditional arts and crafts. He wanted the nation to monetise these unique capabilities and find new markets for these exceptional products through trade fairs and international exhibitions.

Opining that the rich craftsmanship was a key aspect of vibrant heritage of India, Naidu said there was a need to reinvent and re-imagine 'brand India' and revive our dying industries.
Noting that small and medium enterprises play a major role in economic development, the vice president said creating an ecosystem conducive to the functioning of SMEs and cottage industries were as important as facilitating large scale industries in giving a fillip to entrepreneurship.

"MSMEs contribute 6.11 per cent of manufacturing GDP and 24.6 per cent of services GDP. These industries which are often located in rural areas play a vital role in preserving Indias traditional skills and products such as handicrafts and handlooms", he said.

Stating that entrepreneurship was valuable only if it had a multiplier effect on the prosperity of our local communities, especially in rural areas, the vice president urged young businessmen to find the hidden strengths and advantages in rural India leverage them to provide livelihoods and raise standard of living of those living in remote areas.

Noting that empowerment of women was key to achieving inclusive, equitable and sustainable development, he said women empowerment should not only be a national goal but a global agenda.